A popular source of nutrition for cattle is a potential middleman for transferring disease, according to a recent study. 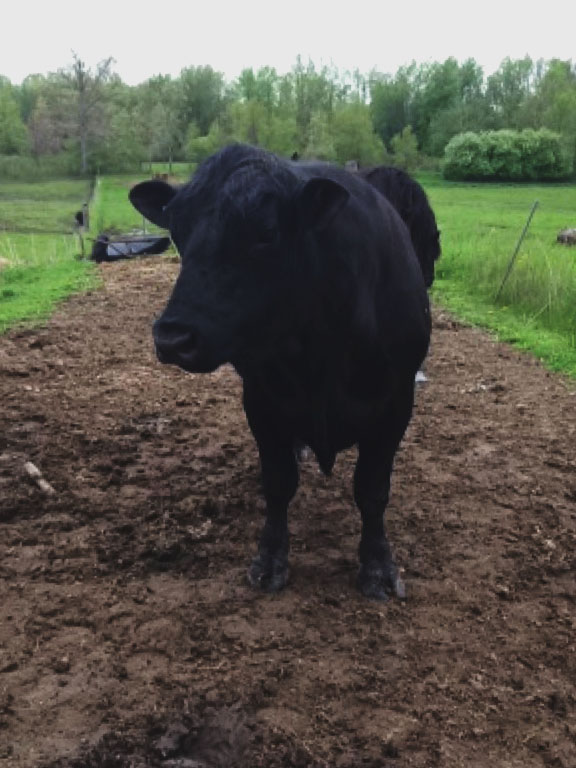 Salt blocks licked by TB-infected cows might be passing the disease to deer. Image: Ben Muir

Salt blocks are potential transmitters of tuberculosis from cow to deer and vice versa, said John Kaneene, the lead researcher of a study conducted by Michigan State University’s Diagnostic Center for Population and Animal Health. The blocks are commonly placed in pastures for cattle to lick. At night, deer can enter the field and lick the same salt.

The study found that if a deer or cow is infected, it can leave that disease on the salt block for the next animal to eat.

“It’s a big finding,” said Kaneene, who is an epidemiology professor at MSU. “We kept on saying, ‘Despite all these efforts, why are we having repeated infections on these cattle farms?’ That’s how we came to salt blocks.”

The discovery was published in the American Journal of Veterinary Research and it generated worldwide attention. Universities in England, a region with more intense tuberculosis outbreaks, invited Kaneene to speak about it.

“The paper has received a lot of interest among farmers,” Kaneene said. “We are being flooded with compliments from New Zealand and the United Kingdom.”

The study was meticulous and careful, Kaneene said. It had to be, because an animal infected with tuberculosis and then escaping to spread the disease is a significant concern. That’s why the study took more than two years.

To secure a research area from rodents, Kaneene and his colleagues built a shed away from the lab and divided it into two sections. One side had a roof while the other did not, to mimic a pasture-like setting. Researchers placed salt blocks under both sides.

Researchers then used paintbrushes to cover the salt blocks with Mycobacterium bovis, the organism that causes tuberculosis, Kaneene said.

“It was like painting,” Kaneene said, “to mimic licking.”

The team analyzed the disease-causing organisms for a year to see if weather played a factor in their survival and if they could survive on salt.

“Yes, the organisms do survive on salt,” Kaneene said. “But they can’t last forever. There is no nutrition for the M. bovis organisms.”

Tuberculosis can live on salt blocks for up to two days in chilly, winter conditions, according to the study. In one instance, they survived on salt for three days.  In warmer conditions, the organisms die in less than two days, Kaneene said.

To mitigate tuberculosis outbreaks, farmers should have secure fences to keep deer from mingling with cattle, Kaneene said. If farmers keep salt blocks outside, they should be covered with a tarp at night.

There are four counties in northern Michigan that the state Department of Agriculture and Rural Development has labeled “modified accredited zones.” That means Alpena, Alcona, Oscoda and Montmorency are not counted as tuberculosis-free counties.

The U.S. Department of Agriculture (USDA) national cattle program reports only the results of cattle testing, not tuberculosis in deer, and that confuses those wondering which counties have the disease, said Dan O’Brien, who is a Michigan Department of Natural Resources disease wildlife veterinarian.

“If they don’t find tuberculosis in cattle, that area will be accredited free from TB,” O’Brien said. “Clearly there is still TB in other counties, but for purposes of cattle movement and testing, USDA considers them to be TB-free.”

By excluding deer in the cattle program, farmers avoid having their counties labeled as a tuberculosis zone and subsequently avoid red tape, O’Brien said. This is a win for farmers, as those living in a tuberculosis zones can face strict cattle sale restrictions and fees, he said.

“A lot of them have been farming in the same places for decades,” O’Brien said. “They like the lifestyle. It’s something they want to pass onto their children. And they certainly feel that tuberculosis threatens that livelihood.”

Counties next to the four tuberculosis zones, like Presque Isle, have recently found deer with tuberculosis, according to the department’s tuberculosis eradication program 2017 report.

There are alternative schemes to the USDA cattle program that monitor sick deer in Michigan, said Rick Smith, the assistant state veterinarian for all food programs.

“We make public announcements of circle testing that has to go on around the finding of an affected deer, wherever it might be in the state,” Smith said.

To conduct a circle test, inspectors plot the location of the discovered infected deer on a grid map and draw a circle around it. In Presque Isle, the agreed-upon radius of the circle test is 6.2 miles, and every cattle herd within the circle must be tested, Smith said.