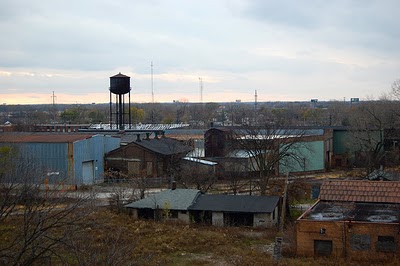 For once, many environmental advocates would rather that investors not go green.

Rather than developing new properties, environmentalists prefer brownfields – sites that are contaminated and require clean-up. They say legislation that passed the Michigan Senate might encourage more urban redevelopment and less expansion outwards.

Under the proposal, five brownfield transformation projects would be eligible for tax benefits for decontaminating and preparing new structures on polluted land.

Whether in the form of grants or tax relief, such incentives are imperative to facilitate purchasing of brownfields, said Carrie Geyer, a supervisor of the Brownfield Redevelopment Unit of the Michigan Department of Environmental Quality.

“This new proposal that’s out there is definitely interesting,” Geyer said. “And it’s always good to see that there’s people out there looking at how do you create those brownfield incentive packages, because they’re crucial.”

Brownfields carry environmental hazards, some more than others depending on the nature of the previous use and ongoing maintenance. Without upkeep, brownfields leave a footprint that can range from innocuous to costly for both economics and the environment, Geyer said.

Lacking attractive incentives, brownfields always lose out to greenfields – farmland on the outskirts of cities – based on cost, and developers choose the cheaper option. Geyer said that encourages sprawl.

On face value, the new legislation might not be valuable to the environment, however. James Clift, policy director for the Michigan Environmental Council, said that the scope of the proposal doesn’t offer much of a breath of fresh air.

“Michigan has thousands of sites of contamination,” Clift said. “Well, this bill is only designed to deal with five sites a year. So for the most part, it doesn’t have a major environmental component to it.”

Clift hedged his argument by saying that some sites are the sources of serious environmental and public danger, while others require only minor reclamation.

The true impact of the bill could be determined by which locations would be targeted, he said.

“The truth is virtually any property in the city of Detroit, you can find a reason to classify it as a brownfield site,” Clift said. “Especially the ones that are in private hands, there is no kind of contamination issue. There’s no kind of public exposure to contaminants.

“So we’d love to tease out a little bit more. Okay, at which of these sites is contamination actually prohibiting the redevelopment of a site versus the ones which are contaminated, but all that’s going to happen is they’re going to put a cap over any contaminated soil?”

Under the law, privately owned buildings must be kept to a certain standard so they do not harm public health and safety.

Arthur Siegal, a Southfield-based lawyer and the past chair of the Michigan Chamber of Commerce’s Environmental Quality Committee, said the proposal’s primary function isn’t to better the environment. He said he hopes that will come as a byproduct, however.

Siegal said that the cleanup of asbestos and lead paint and other procedures for property transformation would help the environment, as would the potential to slow suburban sprawl.

Sen. Ken Horn, R-Frankenmuth, said only major projects would be sought under the legislation he introduced.

To qualify for one of the proposed tax breaks, the plan would have to be of a specific magnitude. In a city the size of Saginaw, that would be a $25 million undertaking. In Detroit, that figure would swell to $500 million.

“It’s designed to kind of reflect our intentions to talk about developments that are so large, so significant, that they fundamentally transform a city,” Horn said.

Siegal described flipping a brownfield as a “win, win, win” for the environment, economy and population.

Yet, he noted reservations about the legislation as well.

He said the state shouldn’t pick “winners and losers” in choosing developers for new projects, and, more importantly, that the state should not lose funds in the program by providing breaks for relocations as opposed to new commerce.

The legislation is in the House Tax Policy Committee.