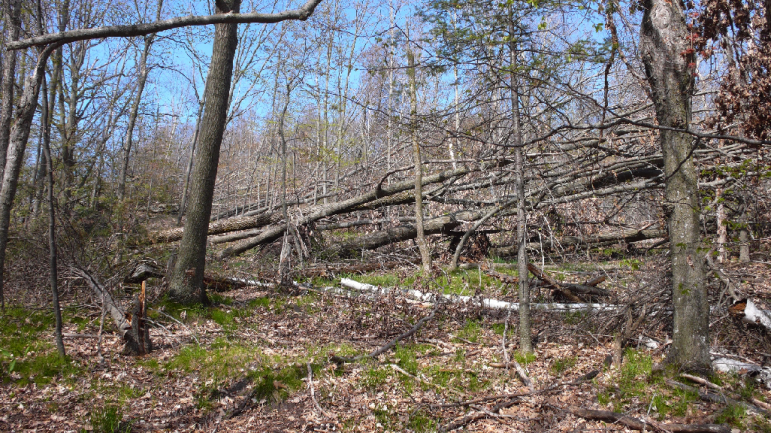 Blowdown at Sleeping Bear Dunes during the summer of 2015. Image: Al Kirschbaum.

For the first time, the National Park Service is collecting concrete data to monitor and find patterns in what affects national park landscapes.

“There’s a general thought that these parks are the last vestiges of natural area, and the areas around the parks are affected by humans, but a lot of times it isn’t quantified,” said Al Kirschbaum, a remote sensing specialist with the Park Service and the lead researcher of this project. “There’s not a lot of numbers associated with it, so that’s where our work came into play–to see if we can quantify disturbances.”

“People, they like national parks, they enjoy the experience of going to them, so how they’re impacted by various things is important,” said Eric Pfaff, an expert interpreter consulted for the project. “There’s been more stress on the parks from the number of visitors. They try to keep it as pristine as possible, but it’s getting harder.”

That’s where this project comes in. The data on how park landscapes are affected by various disturbances both inside and outside the parks will help park managers maintain them for the ecosystem and for the visitors.

The disturbances being monitored are natural or manmade occurrences that affect the vegetation in a given national park, such as blowdowns, forest harvest, fire and development. Though a lot of it can be negative, there can be positive impact from some disturbances, Kirschbaum said. 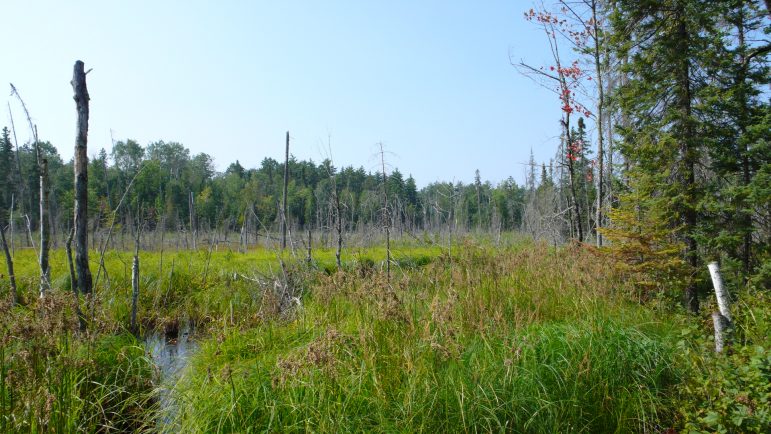 Fire and beavers, for example, play key roles in developing habitat by changing the structure or composition of the landscape, according to Kirschbaum. Similarly, some human-induced disturbances are better for the environment than others. Sustainable forest harvest can aid the regeneration of a forest, while land development for things like new parking lots do not. Cataloging the disturbances will help with assessing if the impact is beneficial or recoverable.

The park service studied satellite images of disturbances and then inspected them in person. Kirschbaum and his colleagues then quantified the amount, type and location of those disturbances inside and outside of the park.

“It’s important for us to know that development isn’t occurring in some of these areas. For park managers to better manage what’s happening inside the park, they need to know what’s happening outside their borders,” Kirschbaum said. “For example, over-harvesting watersheds can lead to sedimentation in national parks. The data can be used to determine if they should advise shifting focus away from a particular watershed.”

This study encompasses their first round of data, where they reported on six years of disturbances at each of eight Upper Midwest parks, using data from the 2000s. The exact series of six years was different for each park. Available satellite imagery goes all the way back to 1985, but they have finished analysis for the data from 1995 to 2013 at this point, according to Kirschbaum.

“With all the map services people are using, people have a greater and greater awareness of spatial information,” said Ulf Gafvert, the Park Service’s geographic information services coordinator who did a lot of the validation and photo interpretation on the project. “Being able to see in a spatially explicit manner the pattern of changes on the landscape–it’s fascinating to be able to observe.”

The National Park Service isn’t using public data or citizen science at this point in the project, but that doesn’t mean the public shouldn’t be invested in what’s happening around the parks.

“It’s good for the public to be involved and ask questions and hear the answers these professionals have and have that dialogue,” Kirschbaum said. “And if they notice something going on that’s something to report to the Department of Natural Resources or to the appropriate agency.”