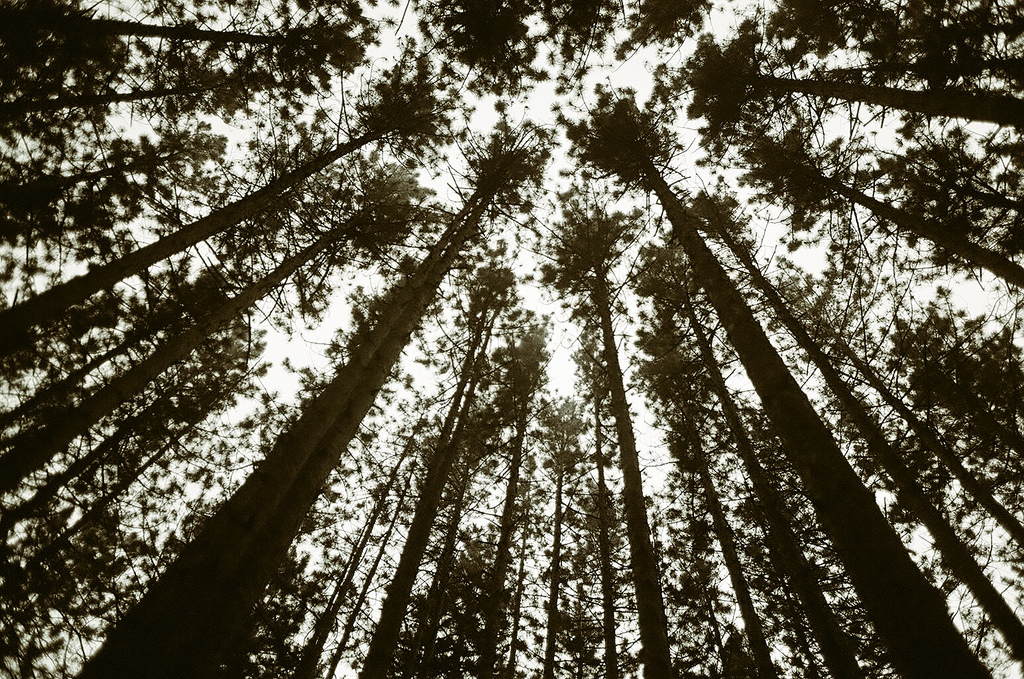 “We know climate change is going to really stress these systems in ways they haven’t been stressed in the last several thousand years,” said Stephen Handler, a climate change specialist with the U.S. Forest Service.

How trees will respond to such different growing conditions is unknown. But experts say they can’t wait to find out.

“You don’t wait until the car has already gone over the cliff,” Handler said. “You hit the brakes when you can. You steer and find a better way around the cliff.”

Handler is among the researchers who are taking the wheel. They are already figuring out what forest managers can do to mitigate potentially devastating impacts.

The stakes are high. The Great Lakes forestry industry is worth several billion dollars, and forests are staple ecosystems in the region. Many wildlife and plant species depend on forest stability. Plus, forests are a part of the regional culture.

“Forests are what we think about as iconic for our area,” Handler said. “Whether you’re watching fall colors in northern Michigan, or whether you’re a Native American tribe harvesting birch bark for ceremonial uses and crafts, forests provide a ton of values and benefits to us.”

Brian Palik, a research ecologist with the U.S. Forest Service, is part of a team of researchers conducting a nationwide study testing approaches to climate change adaptation for trees, called Adaptive Silviculture for Climate Change (ASCC).

The approaches are as diverse as the tree species.

“The habitat suitability models that look at trees suggest that there’s a component of trees in that forest type that are actually going to be OK with the projections for climate change,” Palik said. White pine and red oak are species that might do better. “But things like red pine, the iconic tree species of that forest, and paper birch and white spruce are not projected to do well.”

Palik’s team is focusing on Great Lakes red pine forests, which also include a large mixture of other species. ASCC is monitoring the trees’ growth, health and survival, among other things. The approaches respond to three main traits: resistance, resilience and transition.

Resistance refers to a species’ ability to remain stable and productive in the face of drought. Resilience is a tree’s ability to return to normal productivity after experiencing some change.Transition refers to actions encouraging ecosystems to adapt to changing conditions.

For red pine forests, studies show that removing some trees can improve the remaining trees’ resistance to drought.

“There appears to be more soil moisture availability to those remaining trees when you do that,” Palik said.

The study investigated forests with white pine, red pine, trembling aspen and white birch. It looked at how numbers of different species and particular combinations of different species affect forest stability and found, contrary to a long-standing ecological hypothesis, that higher species diversity in forests did not contribute to forest stability.

“It’s actually the composition of species in the forest that has an effect on some aspects of stability,” said Jeffrey Dech, co-author of the study and an associate professor of biology at Nipissing University in North Bay, Ontario. The study found that red pines were more productive when paired with broadleaf trees like trembling aspen and white birch.

That discovery might be useful for forest managers planning planting cycles in the long run. But more research is needed to support these findings, Dech said.

“There’s more work to be done,” he said.

The time to be doing that work is now, Palik said.

“Even though we don’t know what exactly is going to happen in the future with climate change, it’s time to start looking at approaches that help us adapt these forests to the unexpected,” he said.