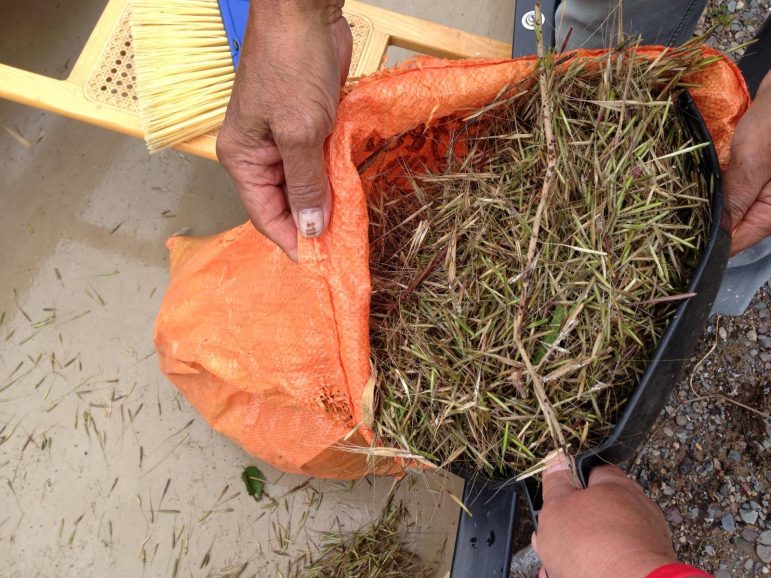 Wild rice, or manoomin, is a traditional food for many Native Americans. Image: Barb Barton

After decades of leaving wild rice management to Native American tribes, state officials are gearing up to track how wild rice issues intersect with some government agencies.

Wild rice, or manoomin, is the seed that is a traditional food for many Native Americans. The plant grows in shallow water and wild rice stands are peppered in various, often hush-hush, locations throughout the state.

There’s a misconception that wild rice was never important in Michigan, said Barb Barton, an endangered species consultant who is writing a book about wild rice in Michigan.

“There actually was a lot of wild rice here prior to the logging era and European colonization,” she said.

The tribes have been bringing back wild rice stands, undertaking restoration projects that consist of re-seeding historic wild rice beds over a period of several years. 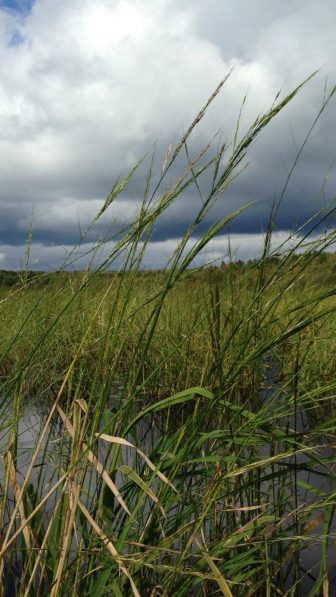 Doing so requires the collaboration of several state agencies, said Roger LaBine, a traditional ricer with  the Lac Vieux Desert Band in the Upper Peninsula.

Until now, there’s been little oversight or communication among state agencies about wild rice work.

But state officials are launching a wild rice steering committee. Tribal involvement will be critical, according to the man putting together the initiative.

“We fully recognize the tribes as experts and leaders in wild rice restoration and management,” said Patrick Hanchin, tribal coordination unit manager for the fisheries division of the Department of Natural Resources. “We recognize that and want to be at the table with them.”

The initiative is still in the early stages.

Hanchin wants the steering group to track the growth, expansion and decline of wild rice throughout the state. Such issues as learning the locations of existing stands or understanding if weed-killers have harmed stands requires coordination and communication between the agencies and tribes, he said.

“There’s so much unknown,” he said. “It needs to be coordinated. We need to learn from each other.” 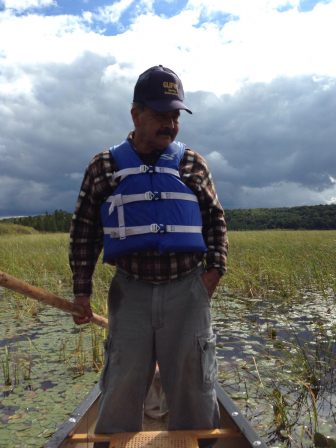 Charlie Fox, an elder from the Mole Lake Band of Lake Superior Chippewa, uses a push pole to move the canoe through the rice bed. Photo: Barb Barton

In Wisconsin, information about wild rice harvesting is easy to find online. And signs posted at lakes tell when rice is ready to be harvested. Tribal members carry permits to harvest the rice and non-tribal ricers buy licenses.

It’s different in Michigan, where rice management is done piece-by-piece and no regulations restrict who can harvest rice and when, LaBine said.

In Michigan, wild rice is not a commercial crop, said Dennis Knapp, chief of staff and tribal coordinator at the DNR.

And there is no plan to turn wild rice into a commercial crop, Johnson said.

There are two species. Southern “river” rice or zizania aquatica, is protected.  Northern “lake” rice, or zizania palustris, is not.

It’s the northern species that grows in the western Upper Peninsula and is harvested by the Lac Vieux Desert Band of Lake Superior Chippewa Indians.

LaBine, a water resource technician for the tribe, has been a traditional ricer for almost 40 years. He remembers when there was no wild rice to speak of in the western U.P.  He had to travel to Wisconsin to harvest. Now, following a restoration process began by his family in the ‘80s, he says some rice beds can finally be harvested. 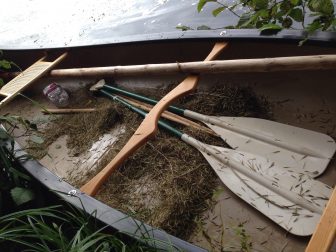 He is now working with officials at the Ottawa National Forest to identify additional bed locations. And he’s open to working on restoration with others.

“I’m not a traveling salesman. I only go where I’m invited,” he said.

Restoring wild rice beds takes several years of site visits, water testing and re-seeding, LaBine said. It begins by determining where the rice beds were originally and what caused them to shrink or disappear.

Many beds died when loggers dammed up rivers to float logs to the mills, LaBine said. Wild rice does best in water between six inches and three feet deep. The damming for logs killed it.

Understanding why the wild rice disappeared is crucial to restoring it, LaBine said. It helps tribes learn which steps, such as adjusting water levels, will restore the beds.

Then, tribes talk to state agencies to develop a memorandum of understanding. That’s necessary, LaBine said, because historic rice beds are often on federal, state or private land.

“They have to become a partner and have a stake in it,” LaBine said. 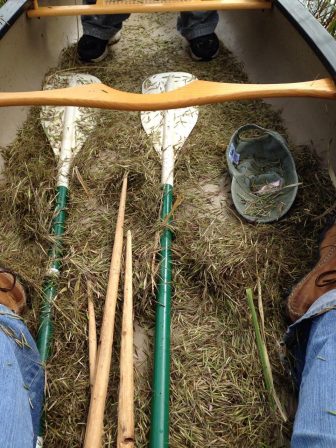 Wild rice falls to the bottom of the boat during the harvesting process. Image: Barb Barton

There used to be huge rice beds along Lake Erie in what is now Monroe County, Barton said. But those massive beds won’t return because of heavy browsing by carp and waterfowl, boat traffic and waterfront homeowners’ dislike of aquatic plants. Smaller rice beds on tribal, state and federal lands are more likely to be restored.

Hanchin hasn’t reached out to the tribes yet, but rice advocates say his overtures will go well.

“It will be well-received,” Johnson said, adding that there’s already coordination “on the environmental side.”

“It’ll be a welcome reception, as long as they stay open to the cultural significance of wild rice,” agreed Erik Rodriguez, interim public relations director at the Saginaw Chippewa Indian Tribe.

Traditional ricers use canoes and two wooden poles to harvest rice. Ricers use the pole to knock rice from the stalks into the canoe. The other pole is used to navigate. LaBine said most ricers in Michigan are Native Americans who use traditional methods, though some people are considering mechanized tools because of how time-consuming ricing is.

Most non-native ricers are willing and able to follow traditional methods, said Lee Sprague, a traditional ricer and a member of the Match-e-be-nash-she-wish Band of Pottawatomi Indians (Gun Lake Tribe) who also teaches at rice camps for other tribes. 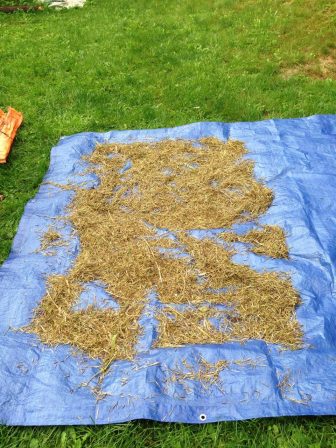 Wild rice dries on a tarp as part of the rice “finishing” process. Image: Barb Barton

After the wild rice is harvested, it dries on a tarp for several days. It is then parched until the husk is a golden brown. Next, ricers pour it into a shallow hole in the ground and dance on it to separate the husk from the grain.

The movement is sort of like doing the 1960s dance the twist, LaBine said.  Afterward, the rice is placed in a birchbark basket for winnowing. In a motion that looks like throwing the rice into the air but that Labine more accurately describes as dropping the basket away from the rice, husks blow away and the rice settles into the basket.

The next step is to separate broken and whole pieces. Broken pieces go into a soup or are ground into meal. The whole grains are used in stuffing or other rice dishes. Extra rice is traditionally stored in birchbark baskets, but LaBine said he now uses freezer bags.

One thought on “New effort to track wild rice in Michigan”