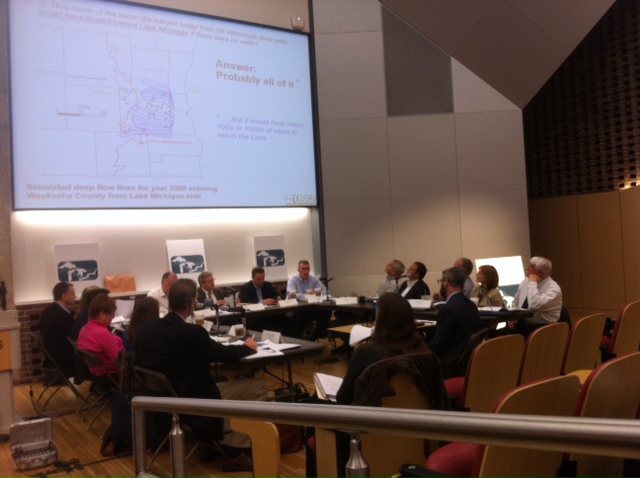 That’s the process and precedent-setting decision that will determine if Waukesha — the Wisconsin city just outside the Great Lakes basin — can have access to Lake Michigan water.

But a stunt by Minnesota this week could jeopardize “getting it right.”

The review process for Waukesha’s request is in the home stretch.

Representatives from the Great Lakes states plus Ontario and Quebec have been meeting in person and via webinar for weeks. They’ve analyzed, discussed, studied and modified, leaving no stone unturned as they prepare to recommend what to do to their governors who have the ultimate decision.

The best outcome would be for all the states — Ontario and Quebec don’t get a vote — to agree on a consensus that may not be perfect for every state but one each state could live with. And one that protects the integrity of the Great Lakes Compact.

I attended all but one of the of the five meetings and they were impressive.

True collaboration was in the air as state officials pored over documents, parsing and clarifying phrases and definitions. Hard questions were asked and answered.

Eric Ebersberger from the Wisconsin DNR responded to every question with patience, even if it was clearly a redundant one that he’d answered minutes earlier.

Michigan’s Grant Trigger was the de facto leader for the states and he meticulously applied his engineering rigor to the issues.

Ohio’s Jim Zehringer chaired the proceedings and bent over backwards — more than I would have — to make sure every voice was heard and every position and concern were considered.

While there were disagreements, there were no arguments. OK, I did see a few eyes roll on occasion, but that was the exception.

And Waukesha executives who were observing the proceedings were on their best behavior. They swallowed tough medicine when things didn’t go their way and never once rattled a legal sabre.

The process was working.

Issues big and small were resolved.   A consensus for recommending Waukesha’s request with conditions was forming.

Then comes Minnesota Wednesday with a last second curve ball.

Just before the chair was going to poll the representatives to see if there was a consensus recommendation, Minnesota representative Julie Ekman requested a week long delay in the process.

“We’ve identified areas of ongoing concern” Ekman explained in an email response. She said the recess was needed “so that our governor could review the changes that had been made to the Declaration of Findings.”

None of the “areas of ongoing concern” her governor was going to review were new. They’ve all been known for years. And one would think that throughout the weeks long process Ekman would have been keeping her governor informed on which way the wind was blowing.

I followed up, asking Ekman why these issues of “concern” were raised at the last minute.

And didn’t Minnesota’s action put the comity and collaboration exhibited by the states, provinces, Wisconsin and Waukesha at risk?

Ekman didn’t respond before deadline for this column.

I come to public meetings on Great Lakes issues with skepticism. Too often they appear perfunctory. Outcomes are pre-determined and the meeting is simply a procedural requirement.

That wasn’t the case with the Waukesha decision.

There was nothing perfunctory about these meetings. All the right questions were asked and answered. The process was open to the point that I’ve never seen meeting participants so accessible and willing to talk to the media.

It was all positive.

The Great Lakes region is on a losing streak with water stewardship.

The Flint and Toledo water crises cast a negative halo over our ability to manage 20 per cent of the Earth’s fresh surface water. Lake Erie’s algae problem is out of control with no solution in sight. As a region we look incompetent and clueless on drinking water quality.

In short, the region needs a water stewardship win and getting Waukesha right could be it.

He told me his goal was to “provide a long term (water) solution for Waukesha residents” while adhering to the letter of the Compact.

That brass ring was within grasp.

Until Minnesota delayed the process.

A delay that borders on disrespect for the proceeding at best and is irresponsible at worst.

One thought on “Minnesota delay imperils “getting Waukesha right””