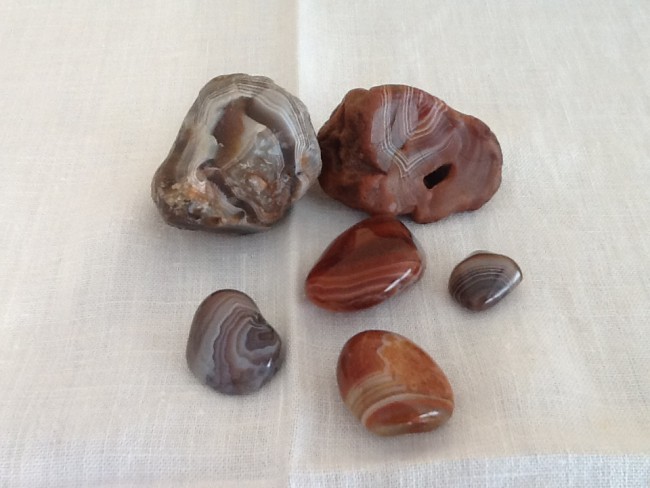 Dale Hugo shares the largest agates of his collection in this photo first featured on the Earth Science Picture of the Day. Image: Dale Hugo

Throughout his childhood his family took vacations to the lake’s north shore, Hugo said. That’s when he noticed folks poking around on the shore, looking for agates.

“Wherever we lived, we always rendezvoused up on the North Shore someplace, got a housekeeping cabin, walked the beaches, looked for agates and had great family fun,” said Hugo, now 70 and living in Arlington Heights, Illinois.

When he really embraced the idea that he could scan the beaches for agates on his own, he was probably little more than five years old, he said.

He keeps his own cherished collection of agates — and shares the wealth of knowledge he gathered with them.

There are several hundred different varieties of agates, Hugo said, including ghost agates and snakeskin agates. Those look exactly how they sound.

“Each agate is unique,” he said. “They’re like fingerprints — each individual stone is completely different.”

The Lake Superior agate has a distinctive red, white and gray structure that sets it apart from the others, he said.

They are especially found in clay beds, he said. If the bed is near the lake, quite often they can be found right on shore. 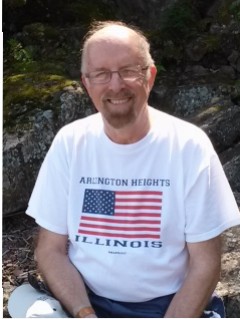 “My cousin’s son is an agate collector and is always on the lookout — he’s found two- and three-pound agates — and he goes looking for upturned trees in the North Shore of Lake Superior,” Hugo said. “He’ll find agates in the clay that’s wrapped around the roots of these trees that have been upturned by the wind or something. I wish I had his collection.”

Agates can be cut and sliced with gem saws, as they’re typically seen in rock shops, and quite often are tumbled and polished, he said.

“You start with really coarse grits and eventually work down to a final polish with jeweler’s rouge, or tin oxide, or even chunks of hard plastic — that will buff them to the final shine,” Hugo said. “But it does take about three weeks sloshing around in this little coffee can-sized rock tumbler.”

Avid rock hunters should invest in their own tumbler, which can work wonders for agates, amethyst and Petoskey stones, he said. It is a constructive hobby for kids, who can learn about geology, lapidary — making jewelry with stone — and more.

Watching his own mother make agate jewelry is what piqued Hugo’s interest in the semiprecious stones, he said.

“She would make them into earrings and tie tacks and pendant necklaces and broach pins — all kinds of things,” he said. “She was very creative that way.”

Then, especially around Christmas time, she would sell them, Hugo said. She worked as an executive secretary, so she would put out a display of pieces she had been working on all year. Hugo recalled that one year his mother made an extra $500 selling agate jewelry for unique Christmas gifts.

Now, Hugo’s “poor grandchildren” can expect that their grandpa will give them an agate each Christmas, he said.

“My grandson, who’s 17, says he has a drawer full of these things and he’ll never give them up,” he said. “He loves them.”

Hugo got an agate-themed gift this Christmas: a calendar featuring fine agates and jaspers that now hangs on the wall of his house. Also adorning a wall are two framed, two-foot by three-foot jigsaw puzzles picturing several hundred agates.

“On my honeymoon, my wife and I — she’d never been up there before — went up to Lake Superior and were looking for agates,” he said.

It has become a family tradition, Hugo said. Over the years, he has picked up several hundred small Lake Superior agates, and estimates they amount to about three pounds altogether. The image above, first featured on the Earth Science Picture of the Day, shows the largest of his collection.

“Some collections are in the 100-pound range,” he said. “Now that’s serious rock hounding!”

Hugo is a retired environmental engineer for Motorola and now is a professor and tutor of chemistry at Harper College in Palatine, Illinois.

He prepares his students for careers in medicine, teaching them basic chemistry.

“But they hear a lot about agates,” he said with a laugh.

One thought on “Precious memories from semiprecious stones”