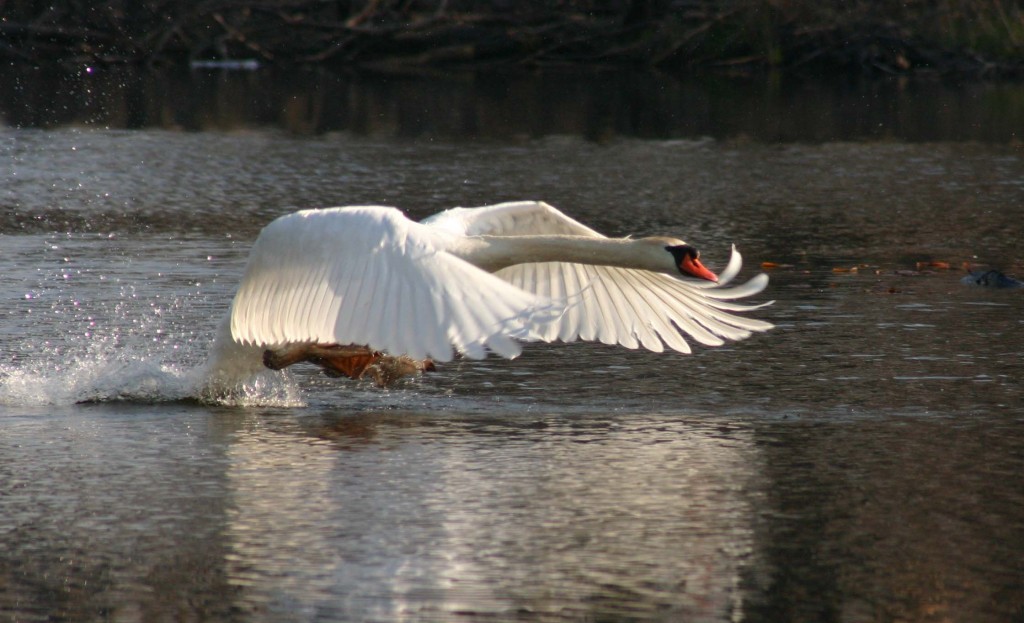 Fewer mute swans on a small west Michigan lake will be killed after a survey found support for removing only those that are aggressive.

Ganges and Clyde townships had allowed state permits for killing the invasive bird on Hutchins Lake near Holland, said Scott Clark, a board member of the Hutchins Lake Improvement Association.

The issue of controlling the species is controversial and the association is trying to reach an agreement with pro and anti- swan advocates.

Since 2010, mute swans have expanded exponentially in Michigan, said Barbara Avers, a state waterfowl and wetland specialist. The population grew about 9 percent to 10 percent annually and needed to be controlled, she said.

The birds are a problem because they can chase people and other wildlife and compete with native swans for habitat, she said.

“At that time we did some population modeling to figure out how many mute swans we would have to try to remove to get to our long term goal,” said Avers. “In the next 20 years we’d like to get the mute swan population down to 2,000 throughout the state and right now our estimates are right around 15,000 in Michigan.”

So far the agency’s control efforts have resulted in 11,000 mute swans being killed statewide since 1980. Of that amount, 7,000 were killed since the 2010 modeling sparked a more aggressive policy, said Avers. 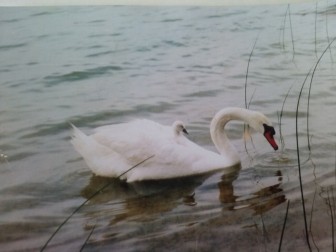 There have been roughly 50 permits, which can cover multiple birds, issued throughout Michigan for private residents between 2010-2013. The DNR works with the United States Department of Agriculture to remove swans.

“USDA-Wildlife Services does the majority of the mute swan control work in Michigan,” she said.

Pro-swan advocates visited the two townships earlier this year and said that past surveys presented by those in favor of killing the swans did not represent everyone’s opinion, said Clark. Ganges Township rescinded permits it received from the state and Clyde Township told the advocates to reach an agreement that would satisfy both the ‘for’ and ‘against’ swan groups, he said.

“We wanted to introduce a more objective survey about how the people in Hutchins Lake felt about the issue,” said Clark.

The lake association, which is comprised of both pro and anti swan members, created a survey that gave two options – remove all mute swans or only the aggressive ones.

Of the 166 Hutchins Lake residents who were surveyed, 60 percent favored removing only the aggressive swans, said Clark.

This resulted in Clyde Township board recently voting to rescind the resolution that allows for the permits to kill all mute swans on Hutchins Lake, said Clark.

The movement to remove mute swans from Hutchins Lake began three years ago when one attacked other swans and residents, said Clark. That was an isolated event, he said.

The Department of Natural Resource’s reasoning for killing the birds is that they hurt native wildlife and water quality, Clark said.

Hutchins Lake water quality is ranked among the best in the state, he said. There are not legitimate reasons to destroy mute swans that aren’t aggressive, he said.

Avers said that the state agency is not trying to kill all mute swans.

When it is on private land, the policy requires a 70 percent agreement of the property owners or a resolution from a local municipality, she said. “We tried to build the process where there’s an agreement.”

But the agency does want to eliminate the bird from public lands, she said.

The policy was revised in 2010 to either remove swans or destroy their nests and eggs, she said. Private land owners can obtain a permit to do this on private land.

There are three reasons to control the mute swan, said Avers. One is that there are many reports of the bird displacing native trumpeter swans, although the trumpeter population has not recently decreased, she said.

Another is that the bird is destroying wetland vegetation by feeding. The third is the many reports of the birds attacking native animals and also people, said Avers.

Mute swans are also a problem in other Great Lake states like Indiana, New York and Wisconsin.

Wisconsin has put oil on the eggs to keep the population from growing, said Kent Van Horn, a laboratory game bird ecologist with Wisconsin’s DNR. The oiled eggs are no longer viable, but the birds keep trying to incubate them rather than lay new eggs.

“Generally speaking we’ve had some sort of control effort for 15-20 years,” Van Horn said. “One of the reasons for our control of mute swans is we were actively involved in restoring trumpeter swans.”

The need to control mute swans in Wisconsin is not as intense as in Michigan, Van Horn said. The population is in the hundreds compared to 15,000 in Michigan.