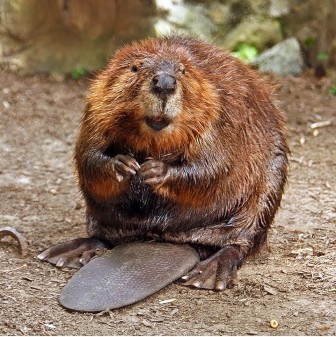 Although concrete statistics are hard to compile, experts say the beaver population is healthy and has grown. Photo: Steve Hersey.

The Michigan Trappers and Predator Callers Association pushed for the legislation that is sponsored by Sen. Thomas Casperson, R-Escanaba.

Beavers can be trapped now, but this measure would allow fur dealers to trap- something that has been outlawed at least as far back as the early 1900s.

“It is a law that we don’t need anymore,” said Scott Harbaugh, director for the trapper association’s northern Lower Peninsula region. “It was to keep the fur buyer from adding more beaver to his lot by using the bag limit of another seller, but now we have no bag limit on beaver trapping.”

Before it was removed in 1983, the limit was 25 beavers per person, said Adam Bump, the Michigan Department of Natural Resources bear and furbearer specialist.

That agency requested that the trappers push for this change to the law.

“This was created in a time when beaver population needed to be increased and the intent was to make it harder for beavers to be harvested,” Bump said.

There are no exact statistics for changes in beaver population, Bump said. They are difficult to track, but the population is now healthy and has grown considerably since the prohibition against fur dealers trapping was made.

In the 1800s and 1900s fur buyers put a seal on the pelts to track how many animals were harvested. They kept an eye on beaver population since there was so few of them, Southworth said.

“We don’t need a bag limit to appropriately manage the population so it would be an easy way to allow a few more people to get out and trap beavers if they wanted to,” Bump said.

Trapping keeps the population of each animal down so they don’t overpopulate and end up with diseases that can spread to humans, Harbaugh said.

“Fur is still a warm means of clothing so most trappers do it to get them out of areas where there are too many and make money in the process by selling the fur to help pay for what we do,” he said.

A small beaver pelt can be worth around $20 and a large one about $50, said Dale Hendershot, president of the trappers association.

Trappers sell to fur dealers, who sell to larger corporations, Harbaugh said. China and Russia are the biggest buyers.

Not everybody is pleased with beaver trapping.

“Trapping is a conservation practice to keep wildlife numbers high so more animals can be killed for recreation or commercial purposes over the long term,” Simon said. “Often trapping gets counted as good for the environment but beavers are essential to the environment.”

Harbaugh insists that beaver trapping benefits the ecosystem as well.

“In a perfect world nobody would have to do any of that stuff but you have to keep the ecosystem from getting overpopulated so its either we do what we do or nature makes it horrible and the death takes longer because the animals get sick,” he said.

Beavers pose a nuisance to humans by damming up waterways, which can flood farmers’ fields and roads and do a significant amount of damage, Hendershot, said.

“Lately there has been a spike in beavers, especially in the Lansing area, so you don’t have to worry about them going extinct anytime soon,” Southworth said.

The bill is in the Senate Outdoor Recreation and Tourism Committee.