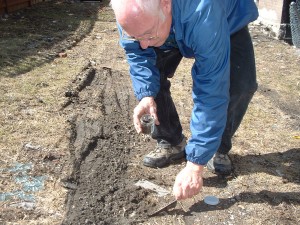 In Chicago’s southwest side lies the Pilsen neighborhood, homes surrounded by industrial businesses and major roadways.

Pilsen has had substantial issues with air pollution, particularly with lead emissions — despite once laying claim to the “greenest street in America.”  Recently the EPA announced a settlement with H. Kramer, a copper smelting foundry in Pilsen accused of violating the Clean Air Act.

And the recent settlement doesn’t address that.

“The issue is that this particular case only deals with the exact property line of H. Kramer itself,” said Dorian Breuer of the community group PERRO (Pilsen Environmental Rights and Reform Organization). “It doesn’t address any pollution one inch from the property line.”

The EPA will investigate before determining how to remedy the situation. EPA officials declined an interview.

“If there is lead there, and it can be traced back to H. Kramer, then H. Kramer will deal with it,” said Todd Wiener, attorney for H. Kramer.

Before action can be taken, the lead must be tested to locate the source, and this may prove exceptionally challenging.

“There is a technique of testing lead where you do samples and can see if levels of lead gradually drop off the farther you move away from the suspected source,” Breuer said. “They can also look at particular isotopes to discover unique ‘signatures.”

Because H. Kramer uses different kinds of metals and lead, tracing a signature in the soil samples will be difficult. 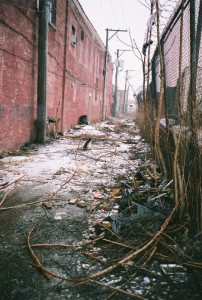 “There’s a difference between the common sense responsible party, which is obviously H. Kramer, and the legal and regulatory proof that links them,” he said.

A history of concern

The settlement states that H. Kramer, first cited for lead emissions in 2005, will install $3 million in pollution controls for the foundry, pay a $35,000 penalty and $40,000 to retrofit diesel school buses in the area.

“The company was happy to do it because that’s part of our business plan,” said Todd Wiener, attorney for H. Kramer. “We were going to do it for future generations with or without governmental action.”

Although the terms of the settlement appear satisfactory, the environmental issues caused by H. Kramer are not over, said Breuer.

“As soon as a community group got started and revealed that terrible lead emission data in 2005, you would think then, they’ve concluded the agreement and everyone goes home,” he said. “But we were still finding high levels and still finding violations and that’s why they were investigated again. We didn’t just walk away.”

How much damage has been done?

Regulators cannot say when the potential lead exposure risk will be reduced, but it is a problem Pilsen residents are already familiar with.

“Residents have mentioned that many of have come down with cancer or serious illnesses,” said Breuer. “This is one of the failings. All we have is anecdotal evidence. When we talk to some of these families, it’s amazing how many people die young from diseases. We’ve reached out to the Department of Community Health to do a cancer study, but it’s one of those many projects that gets mentioned that hasn’t happened, unfortunately. Once some of the media attention went away, the responsiveness went down.”

Although health studies may be stalled, dangers posed by lead exposure are not.

Exposure to lead, especially in infants, can cause serious developmental problems, said Jay Dempsey, health communication specialist at the Center for Disease Control.

“It can be dangerous if they’re exposed at that age particularly.”

Dempsey declined to comment on the urgency of addressing lead in the Pilsen neighborhood, but did say that permanent effects are very real.

“Lead exposure can affect nearly every system, especially in a child’s body,” he said. “If left unchecked, elevated blood levels can result in brain and nervous system damage…and behavioral and learning problems. The [Center for Disease Control] has long said that lead hazards in the environment must be identified and controlled or removed safely altogether.”