A story of struggle and urban revitalization as seen through the eyes of urban farmers in Flint, Mich. is the subject of a new documentary premiering today at Echo.

“We all eat, and the food that we consume is what fuels our lives,” Adair said. “To tell the story of how that food came to be, wherever it may be, is one that every farmer should have the opportunity to tell and every eater should hear.”

The story is an important one to tell because Flint represents a case study of a Midwest town dependent on one industry that has since gone under, said Geri Zeldes, a Michigan State University journalism professor and co-director of the film along with Troy Hale, who teaches in the university’s journalism and the telecomunications information studies and media programs. 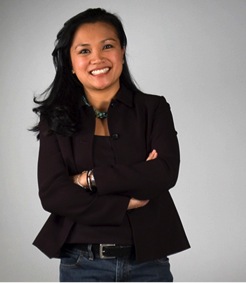 Zeldes, who is originally from Flint, has won awards for her previous documentary “Kings of Flint,” also about urban farming.

The film was an opportunity to find a solution to economic troubles that can be applied to other such towns, she said.

But instead of an academic examination of Flint’s poverty, Zeldes sought to tell a story about real people, even putting cameras into the farmers’ hands.

Zeldes gave Adair and Lehrman handheld cameras to record their thoughts and feelings as the film progressed. “They are the actual videographers for a lot of the really intriguing content of the film,” Zeldes said.

It was an interesting experience for Adair.

“At times it felt a little like therapy, having an absent objective third party to vent about what we were going through,” Adair said. “Looking back now and realizing that (the) third party is everyone that will see the film gives it a very personal feel. The clips in the film are very raw; the viewers get to see a side of our work that is usually very private.”

The film is also unique in depicting young women as the tip of the spear.

It’s an image not often seen in the media, said Stephen Arellano, a community development consultant who helped the film’s directors.

“I felt something really magical was happening in Flint,” Arellano said, adding that he got involved because he saw that there was a story that wasn’t being told. 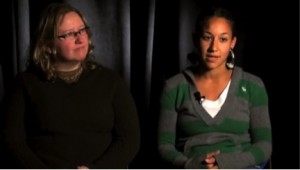 Roxanne Adair, left, and Joanna Lehrman, right, are co-managers of the farm.

The movie is about the struggles of being a pioneer, he said. And it shows how policy can be reshaped from the practitioner’s side.

The film sends a powerful message to other communities about what is possible for them and about the importance of healthy food, said Tiffany Williams, chief executive officer of Twice Media Productions. She edited and shot video for the film.

Many of these low-income communities only have access to gas stations and party stores for their food, said Emily Fox, a producer at Michigan Radio. She also edited and shot for the film.

The power these women bring to the message can inspire others to live healthier, Williams and Fox said.

Both Williams and Fox were students at Michigan State University at the time of filming.

Next year, Zeldes plans to recruit more students to help add three minutes to the footage so they have a 26-minute runtime, the length required for it to air on a PBS station.