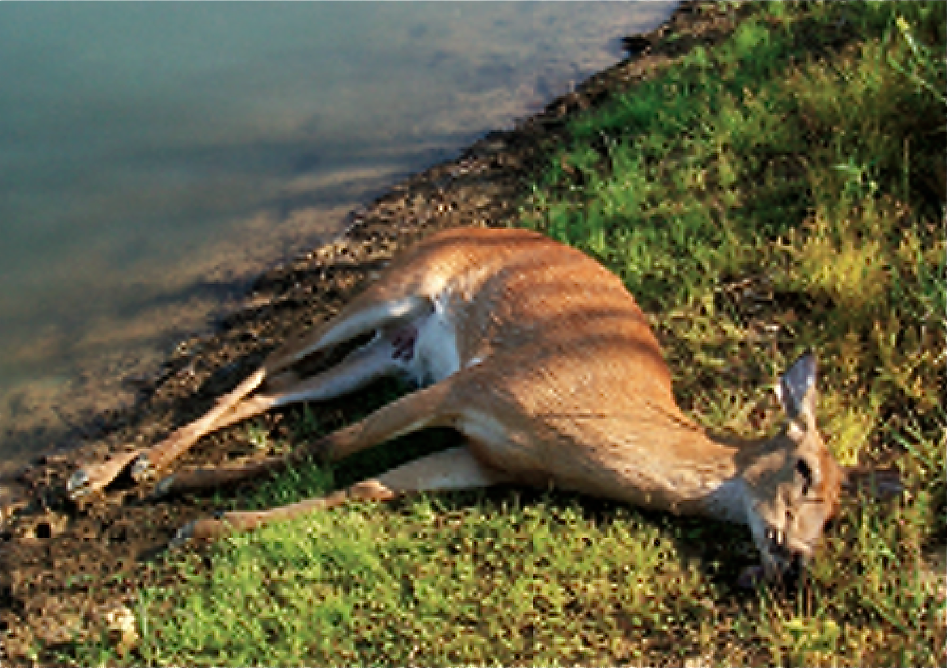 A virus has killed more than 900 white-tailed deer across eight Michigan counties this summer, 600 more than last summer.

State biologists struggle to explain the increase, but believe it could be related to warmer, drier weather.

A midge, or type of small biting fly, infects deer through its bite, Rudolph said. People can’t contract the disease, and it cannot be transmitted from deer to deer, said Tom Cooley, wildlife biologist and pathologist at the Michigan Department of Natural Resources.

The virus generally begins to spread in late August when midges are most prevalent and stops when the first frost wipes most of them out, Cooley said.

“The virus has to survive the winter in some capacity, but it’s difficult to figure out how,” he said.

The counties in Michigan with infected deer include: Barry, Branch, Calhoun, Cass, Clinton, Eaton, Ionia and Montcalm counties. That’s a significant geographic spread, as only Cass and St. Joseph counties were affected in 2010.

The location of EHD outbreaks tends to change every year, Cooley said.

“We see this as something that doesn’t cause a dramatic long-term impact on the deer population, but in these localized areas it will be quite noticeable for folks,” Rudolph said.

Other Great Lakes states have lower instances of EHD, although it can vary year to year. Only two EHD related deaths have been confirmed so far this year in Ohio — both in Geauga County, said Mike Tonkovich, wildlife research biologist for the Ohio Department of Natural Resources. There have been a handful of unconfirmed reports in four other Ohio counties as well, he said.

Indiana has also experienced a few outbreaks this summer. 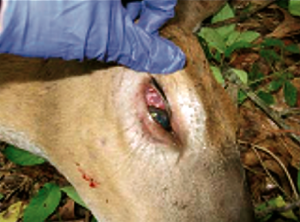 It takes about a week from the time of infection for the deer to show symptoms. Those include loss of appetite, greater fear of man, mouth ulcers, progressive weakness, excessive salivation, hemorrhages and fever, Rudolph said.

It is common to find dead or infected deer in or near water, said Rudolph. This is likely because the sick deer seek water to remedy feverish symptoms.

“No matter who you are, if you show up to a pond or river and see a bunch of dead deer in the water, it’s very alarming,” Rudolph said.

There is no way to cure or manage the disease. Biologists hope that it will fade as deer develop immunity, Rudolph said. The best thing to do if confronted with a sick or dead deer is to report it to your state Department of Natural Resources.

For more information about previous outbreaks in Michigan, click here.