A new weapon has emerged in the war against invasive zebra mussels. Put it on the shelf next to the BioBullets, Zequanox, the mussel-killing cocktail and the Mobile Decontamination Machine. 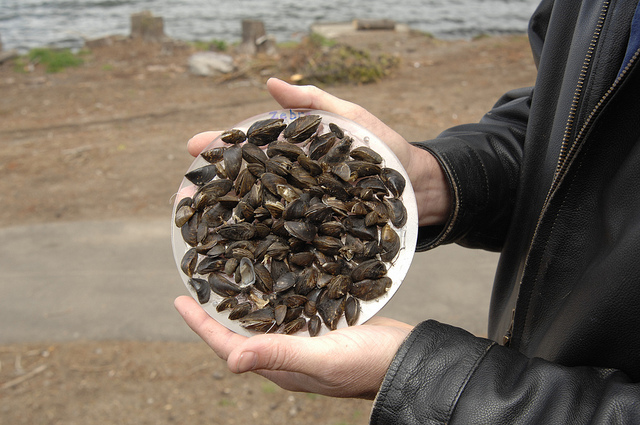 The Beachmaker sucks up zebra mussel shells and crushes them until they look like sand particles. It was invented by a Wisconsin man who wanted his kids to be able to play on the beach without wearing shoes.

According to an article in the Green Bay Press Gazette, the Beachmaker can crush a dump truck load of zebra mussels per hour until they take up only a third of their original space, leaving more beachfront for sandcastles.

It doesn’t seem to address the problem of living zebra mussels taking over new territory, but the Beachmaker certainly can help clean up the leftovers!