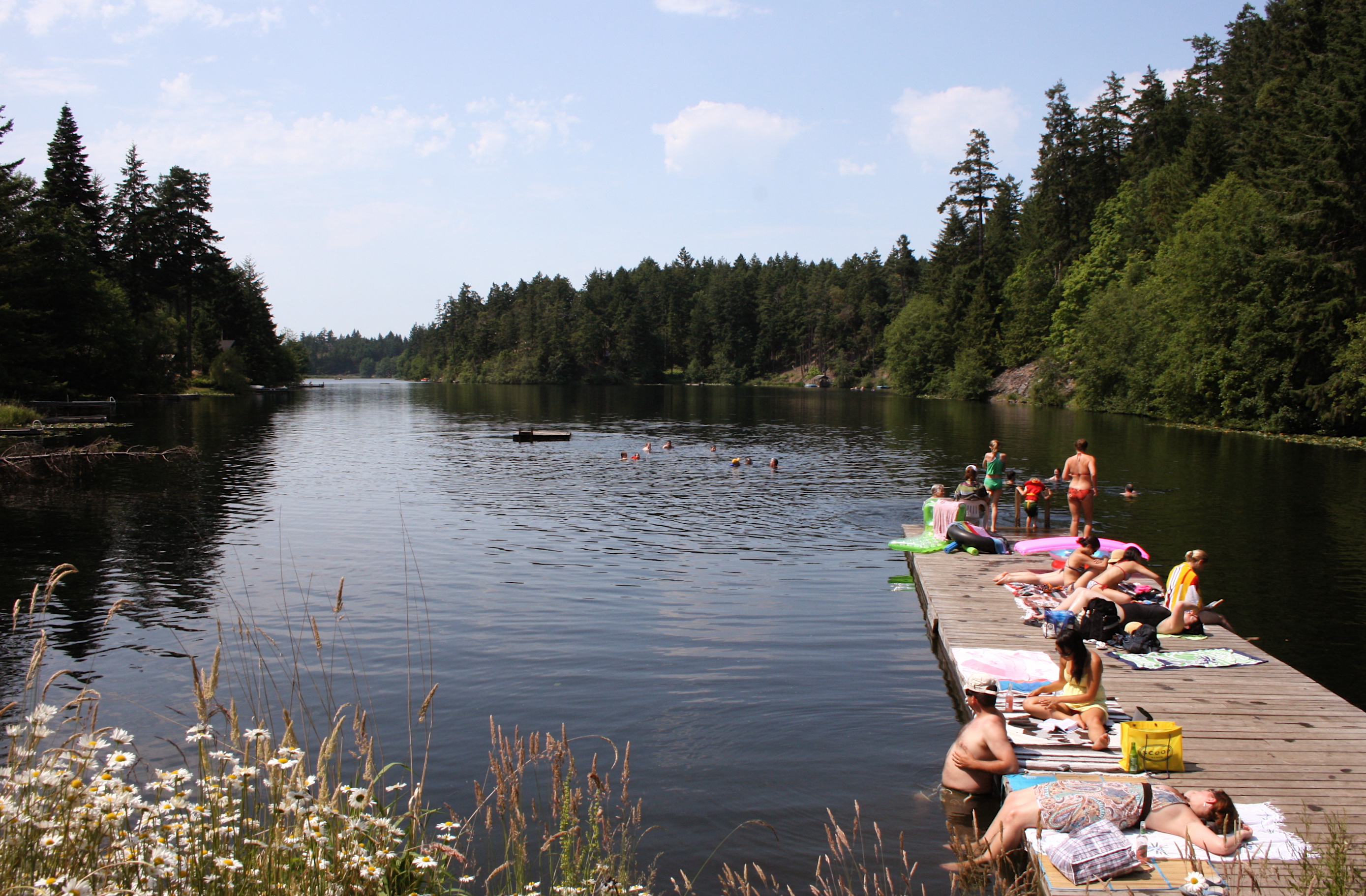 Docks are a source of road-end conflicts between waterfront property owners and people who don’t live on the water. Photo: kteague (Flickr)

For most people, docks are a way to enjoy the Great Lakes and inland waters.

But for townships trying to calm public-private tensions where roads end at the water, docks are a big headache.

Developers lay out roads in plats to prevent landowners from having to trespass to get to their property. Many plats result in roads that end at the water’s edge.

People who don’t own lakefront property often access the water through these road ends – and erect docks for recreation – causing conflicts with people that do.

The struggle has been in the courts for years; public docks add to the confusion.

Great Lakes states regulate road-end docks differently. Michigan allows about one public dock per road end, depending in its width; permanent mooring of boats is banned.

In  some other Great Lakes states, there are no hurdles to putting up road-end public docks – considered legal navigational aids to the water. In Minnesota, mooring more than six boats requires a permit.

Frustrated officials recently asked for legal and state help in a conflict involving waterfront property owners and people who don’t live on the water. The latter built docks along an inland lake at road ends.

Early mining operations encouraged developers to end roads at lakes. But when iron ore took a dive in the 1960s, northwestern Minnesota was left with scores of little towns and platted roads – which are difficult to deal with, said Township Supervisor Sandra Welsh.

“The people who originally designed them hoped they would do a lot of good, but they just left us with a lot of headaches,” she said.

Warring waterfront haves and have nots

Waterfront property owners are angry because others can enjoy the lakeshore without having to pay lakeshore property taxes, Welsh said. The township planned to prepare a lease agreement for individuals using the land, which includes a parks and recreation area entrusted to the township.

But then an attorney warned it could “walk into a real quagmire of a mess” if it got involved, she said.

A township can become responsible for a road-end public access site if it takes any action, and officials may not always want that.

Some townships will preserve their public access to Great Lakes waters at any cost.

Ganges Township in Michigan is fighting for control over a road-end beach by proving it has facilitated recreation. It’s been a 40-year battle, and the township will continue to appeal until the courts rule in its favor, said Michigan attorney James Nelson.

Eagles Nest Township opted to stay out of the conflict. But Welsh worries that tensions will rise between dock builders and waterfront property owners.

“We’ve been trying to reconcile this in a way that doesn’t come to blood and guns,” she said.

Eagles Nest isn’t the only township faced with such a struggle.

“Some work out just fine, some [lakes] have a single dock to fish off and they tie off a boat while people go park the car,” said Tom Hovey, public waters hydrologist with the Minnesota Department of Natural Resources. “Some places get out of hand; there are far too many people using them.”

That’s usually when local law enforcement gets involved, Hovey said. There’s a lake near the Minneapolis-St. Paul area that has several public access points at the end of two lane roads. There are usually a dozen or more boats on the roads leading to the lake, Hovey said.

“We get calls from neighbors complaining. They have people mooring in front of their property and creating dangerous situations for their kids,” he said.

Before 2002, Minnesota required a permit for mooring more than six boats at a public or private dock.

The state tried to give regulatory power to townships, but local officials did not step up to create their own rules, Hovey said. The state supported the permitting process again in 2009.

Bigger boats may also be to blame for crowding.

“Forty years ago, you might have people putting rowboats in the water,” Hovey said. “Now people have large boats and they have larger lifts. It pretty quickly creates a crowded situation.” 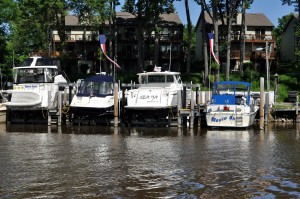 That’s not true everywhere. A downturn of the economy has people registering more canoes and kayaks than power boats in Pennsylvania, said Robert Nestor, northwest regional manager for the Pennsylvania Fish and Boating Commission.

Ned Dickman, chairman of the Great Lakes Boat Federation, also sees fewer power boats throughout the region. He blames it on high gas prices. But he gets plenty of calls from people who want more access to the water.

People are buying up premium waterfront property, and boaters are worried about losing access to inland lakes, Dickman said.

Carey once handled a case where cars parked along a narrow road-end access site along an inland lake.

“Both sides of the road for a considerable distance were clogged up with vehicles and trailers, making – in some documented circumstances – difficult if not impossible for occupants of the homes on their side of the road to get out of their home,” he said.

That also made it difficult for emergency vehicles to access the road and beach, Carey said.

Public beach access conflicts at roads ends were a problem in the 1970s and will likely persist, said Chris Shafer, a professor at Cooley Law School in Michigan.

But there are ways to keep the peace.

“If folks respect the private property owners on either side, the owners tend to be satisfied,” said Howard Baumann, supervisor of Port Sheldon Township in Michigan, which maintains two road-end public beaches.

Editor’s note: This story is part of an occasional series on public access to lakes at road ends.