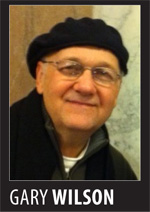 Mention Wisconsin and what comes to mind?

I’ll bet it’s the recent public battle with the Republican governor and legislature pitted against the state’s public unions over collective bargaining rights. The fight spilled into the streets and legislative corridors of Madison and received national media coverage.

But not garnering as much attention is the assault on environmental regulations waged by the same governor and legislative majority.

How can this happen in Wisconsin? It  has been one of the most environmentally progressive states in the country.

It was the home of Sen. Gaylord Nelson, early champion of environmental laws and Earth Day founder.

Aldo Leopold laid the groundwork for environmental ethics in Wisconsin well before there was a movement.

It was citizen activists in Wisconsin who forced an extractive company, Perrier (now Nestle), to abandon plans for a bottled water operation.

My roots are in Michigan and I now live in Chicago. But ask me which Great Lakes state is the most environmentally progressive and my immediate response is Wisconsin. Recent events there are so un-Wisconsin

Amber Meyer Smith is taken aback by the rapid rollback of environmental regulations. She is director of programs and government relations for Clean Wisconsin, one of the state’s oldest environmental groups.

“Wisconsin has historically been a leader on clean water and conservation issues, no matter which party was in power,” she said.

“Of all the things the Walker administration is proposing, the rollback of the recycling law is the most incredible. Recycling has long been a big part of our identity in Wisconsin.”

What about the weakening of phosphorus regulations?

It’s ironic that as Wisconsin plans to weaken them, the bi-national body that advises the U.S. and Canadian governments on water issues is sounding the phosphorous alarm.

The International Joint Commission recently warned that algal growth caused by phosphorus is enjoying a “resurgence.”

It is among the priorities of Healing Our Waters,  a large, high profile coalition that works to protect and restore the Great Lakes.

HOW spokesman Jordan Lubetkin  declined to comment on the Wisconsin phosphorus rollback, saying the organization  “focuses its resources on federal funding and policy issues.” He referred me to Wisconsin organizations.

HOW’s response is curious and conspicuous.

If you are the acknowledged leader in protecting the Great Lakes and won’t make a simple condemnation of what’s happening in Wisconsin – something is wrong.

Jobs versus the environment

Baker told the Wisconsin State Journal “I think this is intended to synchronize what we do with other states and not put Wisconsin at an economic disadvantage at a time when that is a critical issue.”

The jobs versus the environment debate is alive and well.

If you want evidence, look at  Chesapeake Bay.

Six billion dollars was spent on restoring the Chesapeake over 25 years and the effort largely failed because of the lack of regulation and enforcement.

Walker’s initial approach to the environmental and economic well-being of Wisconsin is retrograde. His actions indicate that it’s based on the false premise that a healthy environment and vibrant economy are at odds.

National labor leaders rallied behind Wisconsin workers as their bargaining rights were under attack.

Because what happens in Wisconsin impacts all of us, this isn’t the time to be on the sidelines.