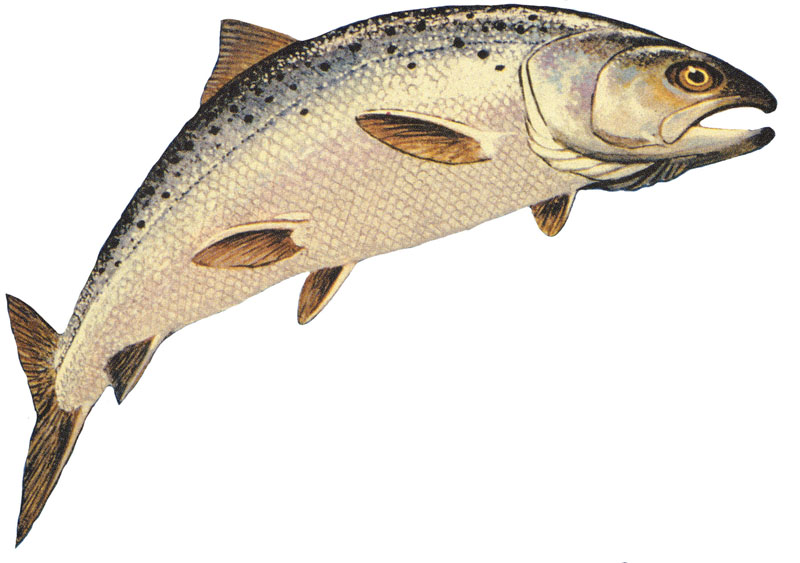 The state of Michigan stocked coho salmon in the Grand River last month after taking last year off. Illustration: NOAA

Michigan fishery managers released 325,000 coho salmon into the Grand River in downtown Lansing last month after taking two of the past four years off.

After skipping the Grand River in 2007 and 2009, the Platte River State Fish Hatchery sent four truckloads of the popular sport fish to stock at Lansing’s boat launch.

The hatchery, located 30 miles south of Traverse City, is the state’s main source of coho salmon for stocking. Fish raised there are usually planted annually in the Grand, Boardman, Manistee and St. Joseph rivers, among others. But a funding shortage meant some rivers weren’t stocked as often in the past four years.

That gap will allow biologists to study the movement and survival of the salmon, said Jay Wesley, manager of the Department of Natural Resources and Environment’s Southern Lake Michigan Unit.

Not all the salmon in the state’s waters come from stocking. Some reproduce naturally, but that’s more common in northern streams with cold water and gravel bottoms, said Jan Sapak, a biologist with the hatchery.

Lake trout, a species native to the Great Lakes, used to be the major game species. But overfishing and invasive sea lamprey severely depleted their numbers.

“Coho salmon are native to the Pacific Ocean,” Sapak said. “They were brought here in the late 1960s to reintroduce sports fishery in the Great Lakes after many of the game species were diminished.”

The coho stocked the Grand River were yearlings that will return as adults in the fall of 2011. The salmon average a mere six inches when they are released but should weigh up to eight pounds when they return.

The salmon will migrate to Lake Michigan around the Grand Haven area. Sticking together, the fish will move to southern parts of the lake, where anglers from Michigan, Illinois and Indiana can catch them.

“They have the whole summer of 2011 to continue feeding, and if the forage base is great, they’ll come back bigger,” Sapak said.

But not as many salmon return as officials would like, Wesley said.

“Around 1 percent return, mostly because they have to travel 160 miles down the Grand River,” he said. “Survival from the downstream migration could be low.”

The salmon are stocked in Lansing so that the area is imprinted on them, making it more likely that they will return the following year, he said.

“Because we raise more than one type of fish, it’s hard to figure the cost for individual species,” she said.

“I was in Muskegon a few years ago with a relative who wanted to get out of the state for a fishing trip,” Smith said. “We didn’t have a fly rod, so we had to use a spinning rod tackle, but it was still a great time.”

Fishing from the bank and wading out in the river was a different experience, Smith said.

“We both caught a fair amount of fish, averaging about four or five pounds,” Smith said. “I’d like to do it again if I get the chance, especially now that I’m living here in Michigan.”