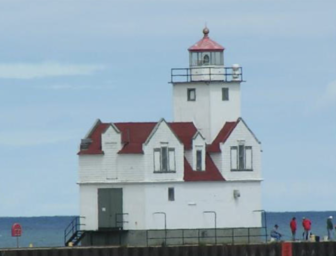 More than a century after it was built, the Kewaunee Pierhead Lighthouse in Kewaunee, Wisconsin, was officially added to the National Register of Historic Places.

The National Register is the official list of the country’s greatest historical sites that are deemed worth preserving.

According to the city of Kewaunee website, the lighthouse on Lake Michigan was originally used as a fog signal building. Since 1931, it has been used primarily for maritime purposes.

As noted in the nomination, the lighthouse represents four areas of significance: its maritime history, architecture, engineering and transportation.

The Friends of Kewaunee Pierhead Lighthouse web page says the city applied for ownership of the lighthouse and it was officially transferred from the National Park Service to the city in September 2011.

According to Robin Nelson, who chairs the city’s lighthouse committee, this wasn’t the first attempt at adding the pierhead lighthouse to the National Register, which is under the Park Service.

Two attempts were made previously, although it is unclear why they weren’t approved. Nelson pushed hard to make sure the nomination made it through the third time around.

“We’re giving it attention and it’s getting attention,” said Nelson.

An immense amount of paperwork is required as part of the nomination process.

The latest nomination was submitted in early 2021 but not approved by the Park Service until October of this year, she said.

According to Ian Gort, a historic preservation specialist at the State Historic Preservation Office, the process of adding a site to the National Register takes between a year to a year and half.

Gort and members of his agency are responsible for reviewing nominations, editing them and sending them to the state-appointed board. From there, nominations are forwarded to the NPS.

According to Gort, the Park Service is the final step in the review process before a site is officially listed.

Nelson said Kewaunee is a significant harbor town, and city residents were proud to hear the good news.

“People just love lighthouses,” said Nelson. “When people vacation, they do look at the National Register to see the iconic places” to visit. 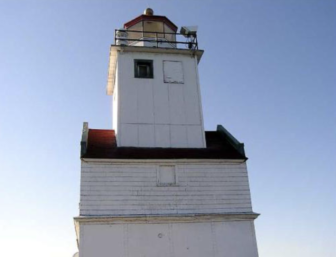 Gort said the designation is exciting for members of the Historic Preservation Office because it’s part of the work that they do.

Nelson said the Kewaunee Pierhead Lighthouse is the last significant lighthouse on Lake Michigan to be approved for listing.

According to Nelson, Kewaunee is home to many other historic sites on the National Register, including the post office and jail museum.

In addition to being placed on the National Register, the lighthouse received $270,000 – from a $4.2 million grant for a seawall – for restoration work, from new storm windows to the addition of handrails, Nelson said the money is sufficient for all the protective restoration it needed.

“We’ve gotten it ready, we’ve had tours and we’re progressing with everything we’re doing there,” said Nelson.

According to Gort, just north of Kewaunee are five lighthouses listed in Door County, and there are no pending lighthouse nominations in Wisconsin.

Although the Kewaunee Pierhead Lighthouse has just been added to the National Register, Nelson said it already made a debut in the Hallmark movie “A Cape Cod Christmas.”