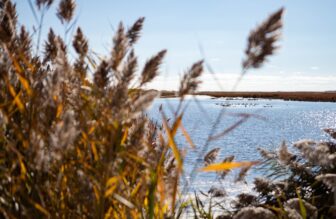 The Erie Coke Corp. based in Erie, Pennsylvania, and its former plant superintendent have come under federal indictment for allegedly violating the Clean Air Act.

Plant superintendent Anthony Nearhoof has been indicted on charges of conspiracy, tampering with a monitoring device and other violations of the law.

If found guilty, Nearhoof is looking at a maximum five years in prison and a $250,000 fine on each charge.

The company faces a maximum $500,000 fine on each charge if convicted.

The plant, located along Lake Erie next to the inlet to Presque Isle Bay, was originally used as an industrial site beginning in the 1830s. In 1925, it made the transition to producing coke for sawmills.

Coke is a byproduct of coal and is created when coal is sealed in ovens and exposed to high temperatures for long periods.

Erie Coke was founded in April 1987 and functioned as a coke production plant until 2019.

According to the indictment, the sides of the plant’s ovens often leaked and had to be fixed multiple times during the company’s active years.

The indictment goes on to say that to save on gas costs, the company opted to retain some of the emissions and alter them to be repurposed for future coke-making.

According to the indictment, creating coke emits harmful chemicals such as benzene, toluene and xylene that can be extremely dangerous to the environment around the plant and human health if released into the air.

These chemicals have often been linked to cancer, birth defects and other serious health problems.

Due to the plant’s location near homes and communities, as well as the constant oven leaks, the state of Pennsylvania stepped in to regulate its production process.

The Environmental Protection Agency found that the company’s opacity meters in the ovens violated requirements in the Clean Air Act. The meters are devices that track smoke and dust emissions inside the ovens.

After those discoveries, Eric Coke’s air emission permit was withdrawn.

In July 2019, the state rejected Erie Coke’s request to reinstate the company’s air emissions permit and the plant halted production in December 2019.

Asked about the case, public information officer Margaret Philbin in the U.S. Attorney’s Office declined to comment, saying the investigation is ongoing.