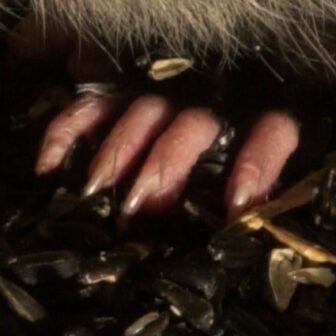 After a four-year hiatus, the Michigan Department of Natural Resources has revived its popular Facebook series “IdentiFriday.”

IdentiFriday asks participants to guess the species of a plant or animal based on a small portion of a picture each Friday. The correct answer is then posted with the full photo later in the day. 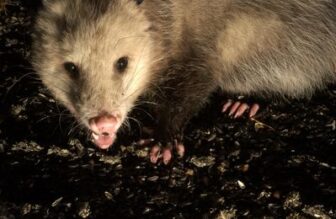 “It’s good to provide some levity in our social media presence, just trying to have some fun and lighten the mood a little bit when it comes to conversations that we have regarding natural resources,” said DNR social media administrator Tyler Czarnopis.

The weekly series showcases all kinds of Michigan flora and fauna, sometimes relating to a topic of the week and other times chosen randomly.

“We try to tie it into topics we’re talking about,” Czarnopis said. During invasive species awareness week the agency posted about the highly invasive spotted lanternfly that looms in neighboring states.

The series last ran in 2017 after three years of posts. It was revived in January to include plants and non-native species.

“It kind of fell off because we ran out of species to talk about eventually because, at the time, we were just doing wildlife and potentially fish here and there,” Czarnopis said.

Czarnopis started the series when he joined the DNR in 2014.

“We looked at it from the perspective of trying to find ways to engage people and think about what’s in Michigan,” he said. 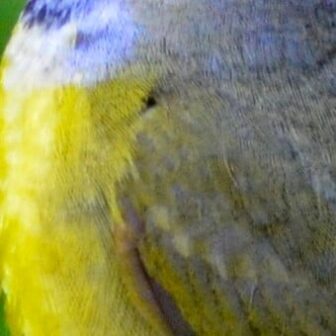 He said that species identification has always played an important role in his life.

“As I grew up, I spent a lot of time in the outdoors. My grandma taught me how to hunt and fish, and I loved wildlife,” Czarnopis said. “I was actually going to school for zoology when I first started at Northern Michigan University but decided to switch to communications. This job marries both.”

Some of the weekly posts pose more of a challenge than others. The mourning warbler had many players guessing the Kirtland’s warbler.

“I’m very purposeful in which image or which part of the animal I showcase,” Czarnopis said. “I specifically tried to trick people, but I picked it because we had the new license plate for the Kirtland’s warbler.” 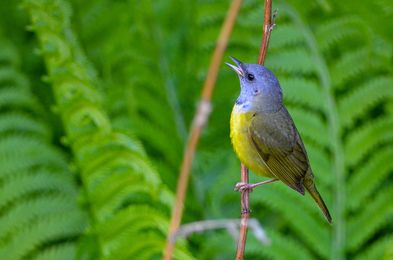 IdentiFriday answer post from Jan. 28 revealed it to be a mourning warbler. Image: Michigan DNR

IdentiFriday receives hundreds of comments and reaches 100,000 to 200,000 people every week.

By building interest with fun activities like IdentiFriday, the DNR uses its platform to increase awareness of environmental issues.

“Trying to keep a good balance between getting a large amount of engagement and also providing information and education where we need to is kind of a fine line I walk,” Czarnopis said.

The page encourages users to participate in #IdentiFriday and learn more about the natural world around them, he said.

“It’s a fun way to have some laughs at the end of the week, just to challenge people’s thoughts on what we have in Michigan and try to really make them more aware of what natural resources we have here.”