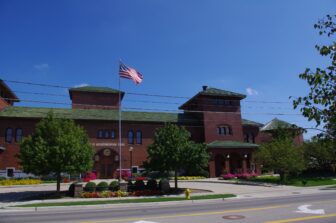 The recent discovery of a dangerous family of chemicals in Michigan cattle has a statewide environmental group renewing efforts to ban the controversial substance.

These chemicals are called per- or polyfluoroalkyl substances, or PFAS for short. You may have  heard of the more common chemicals in this family, such as those used to make non-stick cookware. Regulations have been passed in recent years at the state level in several different U.S. states to combat PFAS. In Michigan, PFAS is regulated in drinking water, but not in soil or biosolids, said Megan Tinsley, the water policy director for the Michigan Environmental Council (MEC), a group that advocates for environmental policies and reform.

Biosolids, colloquially known as biosludge, refers to the residue left over from waste that’s been treated at a wastewater treatment plant, Tinsley said. It can be used as an effective fertilizer rather than just sending it to a landfill. When crops that cows eat are fertilized with biosludge, the PFAS builds up in their bodies and we get contaminated beef, Tinsley said. Then when people eat the beef, they too, can become contaminated.

“So the idea (of using biosludge as fertilizer) in theory is good, but obviously when you’ve got waste that is contaminated with PFAS, it is a big environmental problem”, Tinsley said.

Another issue that stems from this use of biosludge is what’s known as legacy farm contamination. When biosolids are applied for some time, levels of PFAS may slowly accumulate in the soil, Tinsley said.

“Testing the soil could help us determine where we should no longer apply any sort of biosolids,” Tinsley said, “and it would give us more information as to where we should look further into testing crops. Having a greater network of soil testing can help us look for this type of problem that was just discovered.”

“There’s over 4000 chemicals in this group of chemicals that we call PFAS, and the state of Michigan has developed drinking water standards for 7,” she said.

“Even though these chemicals have different names, as a group, they function similarly, and the MEC is asking for drinking water standards for the entire class of chemicals, and not just individuals,” Tinsley said.

Labeling products that do not use PFAS as PFAS-free would also help combat the contamination,Tinsley said. By using labels in a similar way to ‘Non-GMO’ labels on food, consumers can make informed decisions and make sure that their health is not at risk due to these chemicals, Tinsley said.

“But we don’t have the laws in place to require that,” Tinsley said.

PFAS were discovered in the 1930s by Roy Plunkett, an American scientist, and have been used extensively in the US since the 1940s, said Wei Zhang, the associate department chair at  Michigan State University’s department of Plant, Soil and Microbial Sciences.

PFAS is also found in paints, shampoos, firefighting foam, fast food packaging, pesticides and other products, Zhang said. And they didn’t stop there.

“Eventually they found their way to humans,” Zhang said.

Prolonged exposure to the chemical is a public health risk, according to the Michigan Department of Health and Human Services.

PFAS can cause Attention Deficit Hyperactivity Disorder and  delays puberty when fetuses and infants are exposed to it. It also causes other health issues such as kidney disease and altered liver function in non-pregnant adults and pre-term birth in pregnant adults, Zhang said.

But other states like Minnesota have done more by banning  PFAS in food packaging, another source of PFAS exposure, Tinsley said.

“A lot of food packaging products like takeout containers and the paper that sandwiches are wrapped in can contain PFAS,” Tinsley said.

An example of a Great Lakes state that has done so is Minnesota, and a bill has been introduced in Michigan that aims to do the same, Tinsley said.

“There are certainly actions that we could be taking in Michigan that we have not yet,” Tinsley said.

Banning PFAS entirely is also part of the solution, Tinsley said. But bans take time and political willpower, especially since there are 4,700 chemicals in the PFAS family, Tinsley said.

“But if you remove something that’s used in a lot of products, that’s where we’ll start to run into a lot of opposition,” she said.

“That’s why we think that’s part of the solution, but we have to be doing other things in the meantime.”