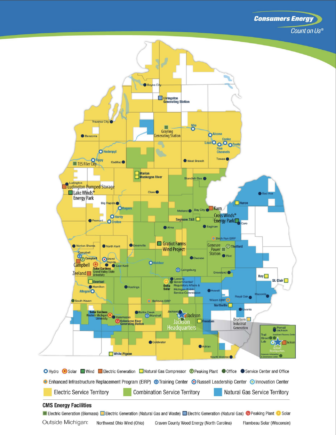 Banning natural gas hookups in new homes and businesses at the local level is the latest example of environmental extremism, according to Michigan state Sen. Dale Zorn, R-Ida, who proposes prohibiting local bans.

However, a recent study by Stanford University found that methane leaking from stoves inside U.S. homes has the same adverse climate impact as about 500,000 gasoline-powered cars.

Zorn’s new bill would preempt localities from imposing a ban on natural gas hookups. It would prevent counties, cities, villages and townships from prohibiting the use of natural gas in new homes and businesses.

But critics of the bill say it would “anchor us in an old economy and link us to a climate future that everybody should find abhorrent,” according to Michigan Environmental Council President Conan Smith.

Zorn said in a press release that his bill would protect homeowners by “stopping these dangerous policies, which have been adopted in cities from Seattle to New York City, from coming to Michigan.”

“Not only is a piecemeal energy policy bad for our state, (but) banning the use of natural gas in homes without the electric infrastructure to replace it or assistance to help struggling families get new equipment is morally reprehensible,” he said.

Since 2020, 20 states have passed similar laws to block local governments from banning the use of natural gas, according to the press release.

According to Terry DeDoes, the senior public information director for Consumers Energy, bans on natural gas hookups would not be in the best interest of customers.

“When it comes to potential bans, we need a thoughtful approach in the cold climate of Michigan, an approach that balances affordability for those customers who can least afford it,” he said.

“The plan outlines a decade of investments, many already underway, to make our gas system even more safe, reliable, affordable and clean as we deliver the energy our 1.8 million customers rely on,” DeDoes said.

“Those investments are focused on ‘hardening’ our system, not expanding it, because we expect the role of natural gas to continue evolving as technology advances and electrification expands,” he said.

The Home Builders Association of Michigan supports Zorn’s stance, saying homebuyers should be able to continue to choose the energy that powers their homes, according to its vice president of government affairs and industry relations, Forrest Wall.

Natural gas is a reliable and cost-effective way to power homes, he said.

“The intent of the single state construction code act is to provide uniformity across the state for residential construction,” Wall said. “So a patchwork of local ordinances that ban natural gas really undermines that intent.”

Smith said environmentalists are not happy because Michigan is still using building code standards from 2015.

“We’ve got to transform our current building infrastructure, which means getting millions of Michiganders to make investments in their homes that maybe they don’t have the finances for,” Smith said. “We’ve got to have contractors who are skilled in increasing the efficiency of a building envelope, and we’ve got to have new technologies in place for both cooking and heating.”

He said the state has “a predilection for looking at things that progressive communities are doing, especially around the environment, and then stepping in and saying, ‘No, you’re not allowed to do that.’”

Smith recalls when the Washtenaw County Board of Commissioners, which he was elected to, adopted a ban on single-use plastic bags to combat pollution and recycling problems.

“The state stepped in, the Legislature passed and Gov. (Rick) Snyder signed to ban our ban. (He) said, ‘Nope, as the local government, thou shall not ban that,’” Smith said.

Smith said there are no good long-term consequences when the hands of smaller units of government are tied, keeping them from innovation.

The bill has been referred to the Senate Local Government Committee, which Zorn chairs.