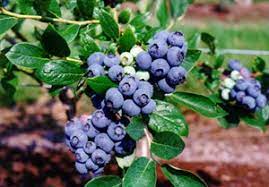 Extreme weather tied to climate change poses a greater threat than insecticides to the wild bee populations that are essential to Michigan blueberry growers, a recent study says.

Wild bees, which pollinate blueberries more effectively than honeybees and bumblebees, are subject to two major stressors that cause strain or tension: extreme weather events such as drought, storms and early freezes, as well as chemicals in insecticides.

Blueberries are big business in the state, which grows about 100 million pounds each year, according to Michigan State University Extension. M

The new research results highlight the importance of providing suitable habitat for wild bees, according to Julianna Wilson, a co-author of the study and the interim tree fruit entomology specialist at MSU Extension.. about 100 million pounds of blueberries every year, 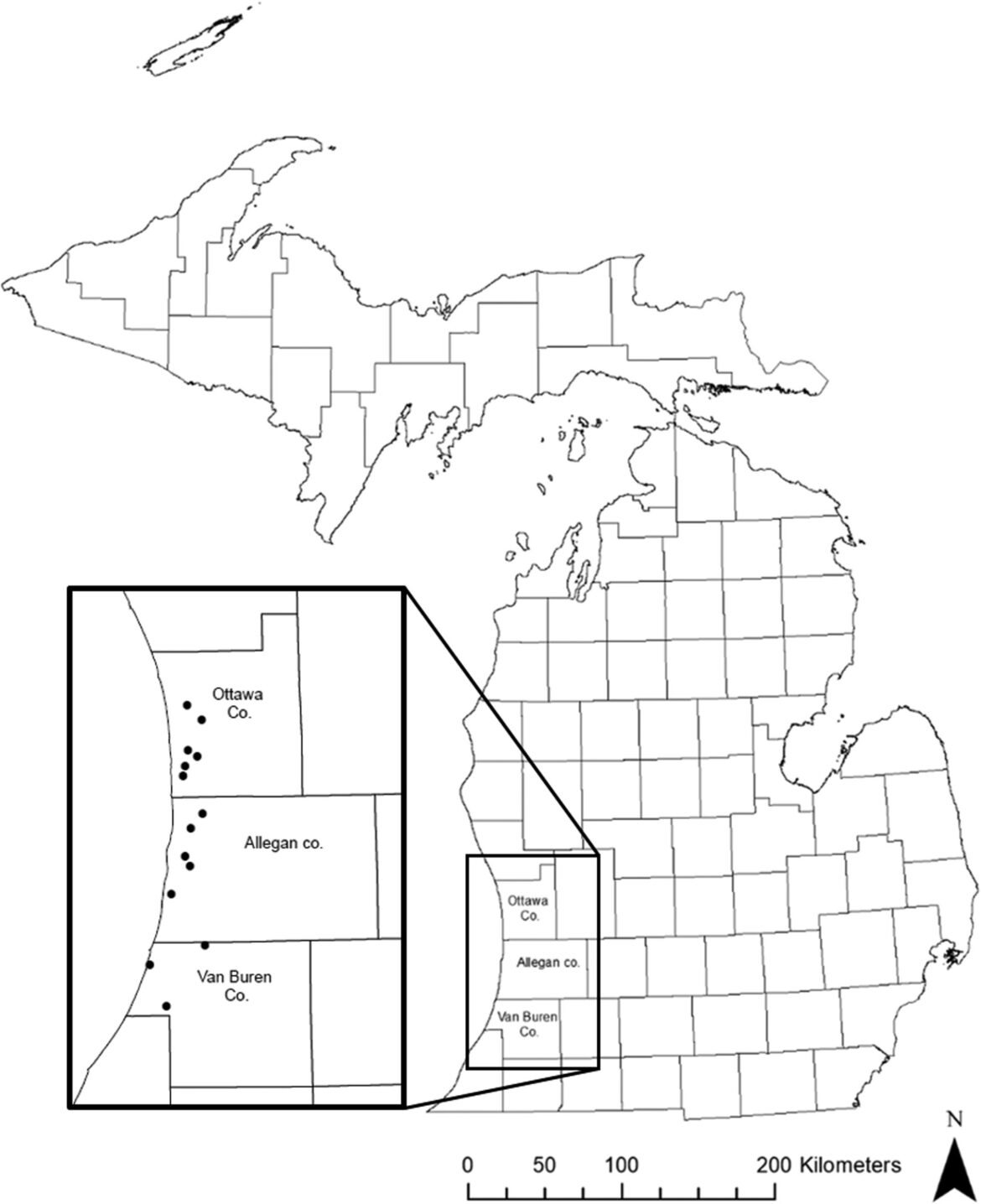 Locations of 15 blueberry farms in Southwest Michigan in the study. Image: “Agriculture, Ecosystems and Environment”

Those counties, as well as Berrien and Muskegon, make up the state’s primary blueberry- growing region, according to the Michigan Ag Council.

They discovered that bee abundance – the number captured in traps – dropped by 61% and species richness – the number of species present – dropped by 33% between the first (2004-06) and second (2013-14) sampling periods.

Why the dramatic decline?

The study cited “extreme” weather in spring 2012 – right before the second testing period – when the Great Lakes region “experienced record-high temperatures in March, causing early flowering of spring-blooming trees and shrubs and early emergence of bees. This was followed by hard freezes in April, causing widespread loss of flowers and a subsequent reduction in fruit crop yields.”

There was a “limited recovery in species abundance and richness” in the third sampling period (2017-18). During that time, “some species showed dramatic species declines,” while others showed “stable or increasing prevalence,” according to the study in the journal “Agriculture, Ecosystems and Environment.”

The authors are from the U.S. Department of Agriculture, MSU, University of Manitoba and the Xerces Society for Invertebrate Conservation,

Some bee species are more vulnerable than others to such situations, the study said, and “extreme hot or cold weather conditions are likely to affect survival of species, especially those at the northern limit of their distribution.”

As for pesticides, the study said, “In agricultural systems, the increased prevalence of invasive pest species can make crop management more reliant on insecticides (that are) harmful to beneficial insects, including pollinators” such as bees.

Shelly Hartmann, a co-owner of True Blue Farms in Grand Junction and a member of the Michigan Blueberry Commission, said, “For many years Michigan blueberry farmers have supported a wide diversity of bees.

“Growers have installed pollinator plantings to support wild bees, they avoid spraying in the daytime when bees are active, they are implementing integrated pest management and they select the least toxic option, when possible, to control the pests,” said Hartmann, who also chairs the California-based U.S. Highbush Blueberry Council.

The study found that, contrary to what many people thought, pest management problems aren’t the major challenge facing those wild bees.

Wilson said, “The bees we were talking about are a spring-active bees, and pest management program are later in summer when those bees aren’t around anymore.”

Hartmann said, “Growers are balancing multiple goals and are focused on delivering a safe, healthy nutritious product to the marketplace while also supporting the land on which they farm.

“Growers work hard to protect and enhance their environment and wellbeing every chance we get.,” she said.

Not all is gloom-and-doom, however.

Wild bees, Wilson said, have evolved “to take advantage of a lot of opportunities and niches in the environment.

And if growers know that wild bees are more productive pollinators than honey bees and bumblebees, they have an incentive to preserve and provide habitat for the bees, she said.

The study said a recovery in the richness of bee species suggests that populations “are relatively robust to these types of perturbations,” referring to extreme weather events.

It called for consistent monitoring of wild bees at the species level to determine the status of populations and to identify species at highest risk.

Hartmann said, “In closing, bees are our friends.”