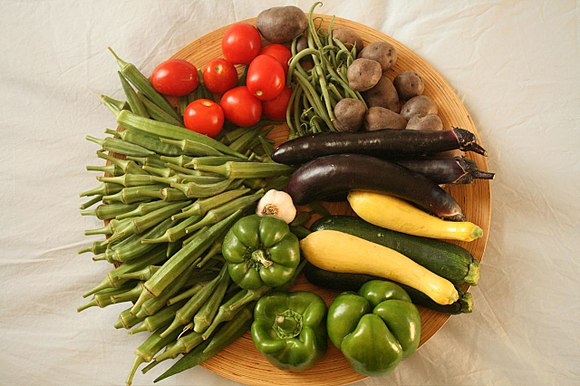 As the COVID-19 pandemic ravaged the world, a devastating scenario for local growers loomed on the horizon.

Small farmers already had a hard time competing with large corporations when supplying people with fresh produce, but quarantine and lockdown orders had the potential to completely cut off farmers from their customer communities.

Before the pandemic, many small farmers relied largely on cooperative partnerships with consumers and local organizations for their day-to-day business.

That relationship, dubbed community supported agriculture (CSA), frequently takes the form of a share program to which consumers subscribe ahead of the growing season, entitling them to a share of fresh, high-quality produce each week.

NPR reports that investing in CSA and other local agriculture programs has become increasingly appealing for U.S. farmers at a time when disrupted supply chains have heightened their economic uncertainty.

Prior to the pandemic, Renee Delaney, the founder of Small Scale Farms in Hamilton, Ontario, found herself doing everything she could to improve the Canadian food system after struggling as a single mother to feed healthy foods to her growing boys.

Delaney turned to growing her own fruits and vegetables and soon learned the value of sourcing local produce when it came to her family’s health, the sustainability of agriculture and the resiliency of the local economy.

Opening her marketplace, what she calls a “food hub,” right as the pandemic made a turn for the worse, Delaney used her community connections to start a large-scale CSA program that sourced produce and specialty goods such as honey and beef jerky from several farmers, supplementing that with some of the food she was growing herself.

Around the same time, restaurants were shutting down and many people were fearful of potential exposure at the grocery store.

Almost immediately, Delaney’s sales shot through the roof, reaching upwards of 400 boxes each week after having just opened her CSA.

“I’d never felt that sort of support before,” she explains.

As a small business, and a new one at that, Small Scale Farms was overwhelmed with the influx of CSA subscriptions and had a hard time organizing sufficient staff to run delivery and pickup orders.

Pushed into the deep end, Small Scale Farms opted to grow its online operations and address understaffing problems sooner than planned. Those fixes, however, ultimately consumed the extra profit from increased customer demand.

Then restrictions were lifted.

“They forget about the farmer,” Delaney said, as her sales plummeted and customers flocked back to Walmart for their groceries.

It’s all about convenience for the consumer, Delaney noticed.

As soon as another lockdown went into effect in Ontario, Delaney saw another spike in her CSA subscriptions.

Such ups and downs make running a profitable business tough.

Delaney characterized her pandemic experience running her CSA as “neither positive or negative – it just is.”

Some 200 miles to the east in Trumansburg, New York, Ian Merwin and his wife own and operate Black Diamond Farm and Cider.

Known for fresh fruit and hard ciders, they run two popular CSA programs directly from their farm, in addition to selling their cakes and ciders to restaurants, bars and grocery stores.

Merwin highlights the stability that CSA programs provide his family: “It’s always nice to get the money up front instead of having to make it on a weekly basis over a 3-month period.”

But the stability that comes from the guaranteed income so many CSA farmers rely on was put at risk due to COVID-19.

While Delaney worried about not having enough workers to fill incoming orders, Merwin expressed unease when it came to keeping his workers employed. “Helping us keep people working, that was my biggest concern.”

Thanks to the Paycheck Protection Program and government grants, Black Diamond Farm was able to continue its operations at full capacity through the pandemic, avoiding layoffs.

Shifting operations quickly to curbside pickup with mask requirements for customers and employees, people were kept safe while maintaining a steady stream of business.

Unlike Small Scale Farms, Black Diamond Farm didn’t see much fluctuation in its CSA membership throughout the pandemic.

Due to storage capacity, it has a limit of 60 subscriptions each season, but Merwin estimates that the number could have doubled without a cap.

There was a drop in sales to restaurants and bars due to lockdowns, but online sales nearly made up for that loss as customers took advantage of the safety and convenience of delivery.

With at least 80% of its CSA customers being regulars, Merwin said he doesn’t envision his sales dropping off when restrictions are lifted.

Delaney says that for CSA farms without the consistency of the Black Diamond Farm’s clientele, creating partnerships and fostering community collaborations are perhaps the most important ways to sustain and grow sales.

“Creating a sustainable food system should be a no-brainer,” Delaney says. “It’s a no-brainer to keep the money in the community, besides the fact that it’s fresher and healthier.”

To find and support a CSA program near you, consult the USDA’s Local Food Directory.