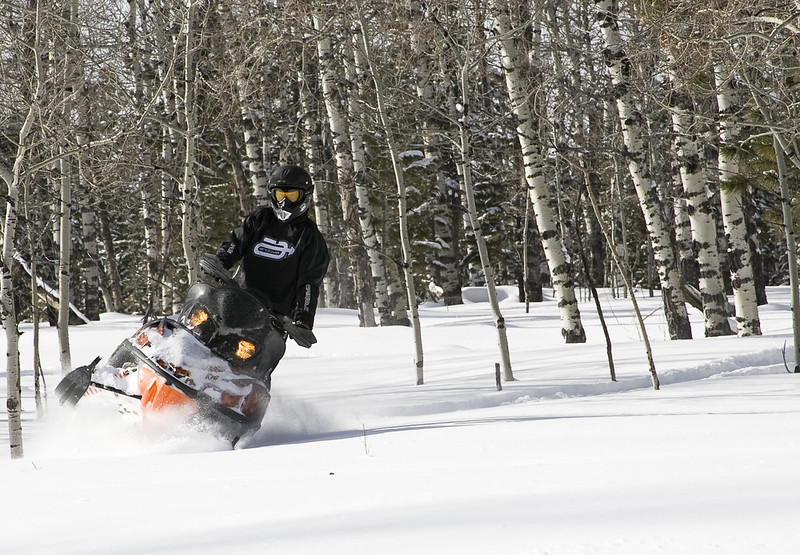 Off-road vehicle and snowmobile riders who are claustrophobic would not have to wear a helmet if a series of bills are passed by the Michigan Legislature.

A doctor’s note would give a get-out-of-jail-free card to Michigan outdoor enthusiasts who have certain medical conditions and use off-road vehicles (commonly known as ORVs) and snowmobiles for hunting, fishing and other outdoor recreation.

An Upper Peninsula senator sponsored the bills after a constituent asked why he couldn’t get a doctor’s excuse to not wear a helmet when people could get them for not wearing seatbelts.

“He himself has a number of special needs, including body shape development of his head, that are not typical, and it makes it impossible or very painful for him to wear a helmet,” Sen. Ed McBroom, R-Waucedah Township, said at a hearing that resulted in the bills being passed in the Senate this spring.

“There’s also the reality that some of the individuals I’ve talked to, as I’ve worked on this piece of legislation, their medical condition that impairs their wearing a helmet is not necessarily physical,” McBroom said. “Claustrophobia is a particular ailment, and I talked to an individual who has panic attacks.”

Allowances may need to be made in these types of circumstances, said Karen Middendorf, the executive director of the Michigan Snowmobile & ORV Association.

“We all know helmets are worn for safety, and it is safest to have one on while riding. However, if you have an incapacitating condition that does not allow you to cover your head, this becomes a very personal decision. An exception may be needed,” she said.

McBroom said the bills are not linked to what others consider the main issue: that motorcyclists aren’t required by law to wear helmets, yet snowmobile and ORV riders are.

“In this bill package, we are not dealing with that larger issue of is mandating helmets for everybody right or wrong in the first place,” he said.

But some snowmobile and ORV riders say the larger issue is personal choice.

“The doctor’s note should not be part of anything like this — that is truly ridiculous,” said Chris Bovee, a longtime snowmobile rider and resident of Harbor Springs.

“While I would always ride a motorcycle or snowmobile on a trail with a helmet, it being a law isn’t right,” Bovee wrote in an email. “At the very least, if I am on private property, piss off. The decision to wear a helmet or not is something I am very capable of making… Don’t need a law for it.”

Paul Anderson, the owner of Sled Solutions in Acme and a longtime snowmobile rider, agreed it should be the choice of the rider, not the government.

But the government is involved, and helmet-wearing exemptions are presenting as partisan issues. The bills passed the Senate mainly along party lines.

The Department of Natural Resources and the Gov. Gretchen Whitmer administration are against it, McBroom said.

“Frequently the party that is the same as the administration decides to support the governor and departments and divisions, those kinds of things,” he said. The bill would have attracted more Senate Democrats, McBroom said, but the department and current administration opposed it.

McBroom said he hopes to gain support from both sides of the aisle before the bills come up for a vote in the state House.

“I certainly have some good connections with Democrats and Republicans in the House that I hope I’ll be able to utilize to get bipartisan support,” he said.

Dr. Alistair Chapman, a Spectrum Health trauma surgeon and director of the Spectrum Health Trauma Research Institute in Grand Rapids, said the bill should neither be partisan nor an issue in the first place.

“I am disappointed that legislators are again exploring helmet exemptions. A helmet is a common-sense safety mechanism. Wearing one is smart and safe,” he said.

Anderson said he plans to continue on as he has been: “I wear a helmet on my snowmobile not because I’m required to but because I want to.”

Getting rid of the ORV/snowmobile helmet law as a whole wouldn’t make that much of a difference in people’s behavior, he said.

“If you took a poll of how many people would opt out of wearing a helmet on a snowmobile if the law didn’t require it, you’d find most would still wear it,” Anderson wrote in an email.

“Why? Because it’s cold without one!”