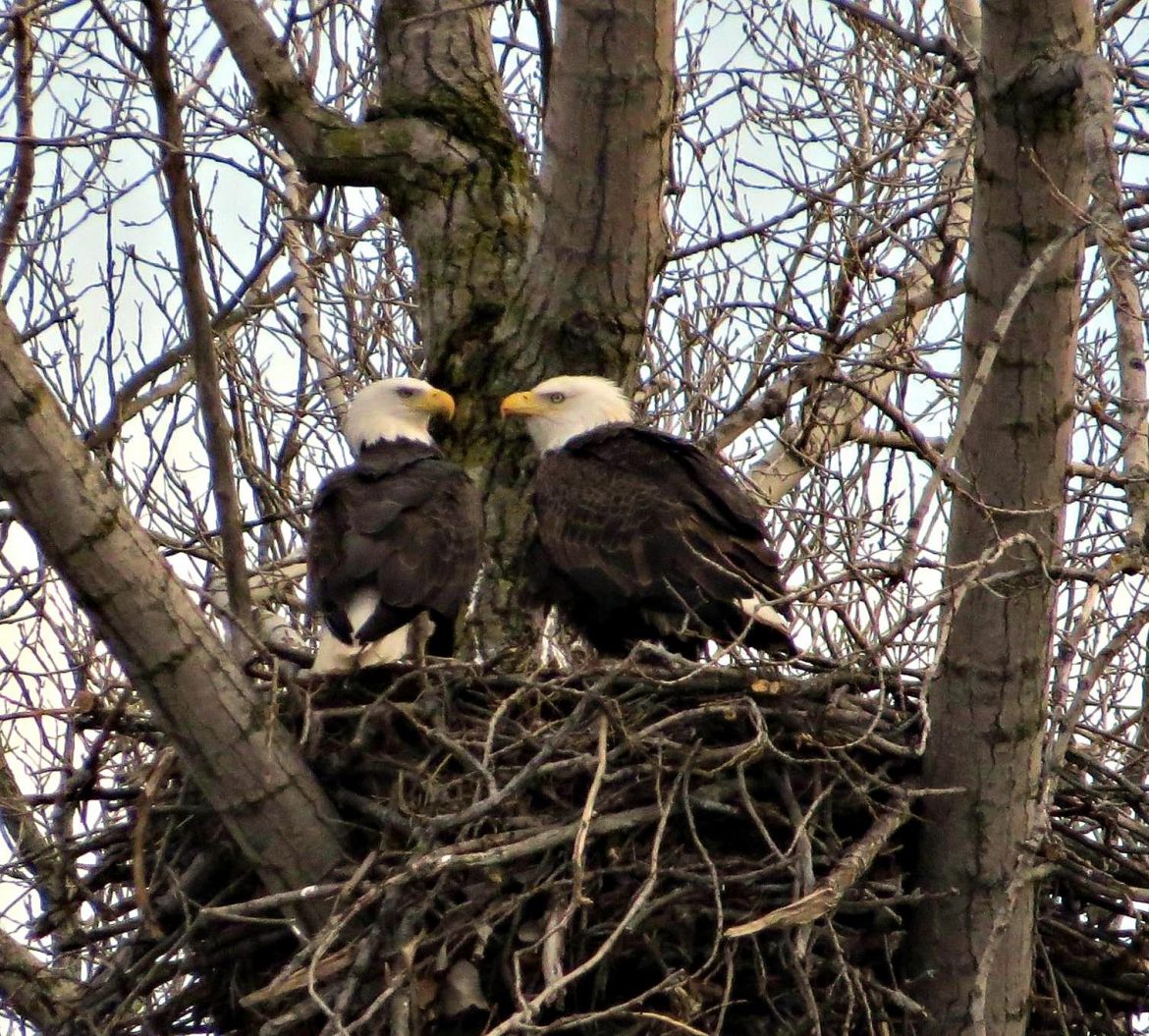 A tribal aviary located north of Harbor Springs will be the first of its kind east of the Mississippi River.

A raptor rescue and release nonprofit organization in northern Michigan and the Little Traverse Bay Bands of the Odawa Indians recently announced plans for an eagle aviary and rehabilitation center.

The Migizi Aviary is named for a Native American word for eagle. An associated rehabilitation center is named Wings of Wonder after an organization that has cared for raptors for 31 years. Both facilities will be located on land belonging to the Little Traverse Bay Bands of the Odawa Indians.

“The tribe has decided to name the rehabilitation center Wings of Wonder in my honor and continue the legacy of Wings of Wonder,” said Rebecca Lessard, the founder and executive director of the rehabilitation center in Empire, Michigan. The nonprofit organization returns sick and injured birds to the wild, presents educational programs to thousands of people and increases public awareness about wildlife ecology and environmental issues as they relate to raptors, according to the organization’s website.

The two buildings will be known as the Migizi Aviary and the Wings of Wonder Rehabilitation Center.

“Lessard is retiring (her) facility and that’s creating a void here in northern Michigan and in pretty much the eastern half of the Upper Peninsula as well,” said Doug Craven, the natural resource department director for the Little Traverse Bay Bands of the Odawa Indians. “There won’t be a certified facility that’s able to take eagles and/or rehabilitate them.”

This $600,000 project will be broken up into three phases, Lessard said. The first phase is $200,000 to build the rehabilitation component. The second phase will be the lab, office and clinic building. The third phase will be the actual tribal eagle aviary which will house the eagles that cannot be released due to injury, growing up in captivity or illnesses that threaten their survival in the wild.

Craven and the Little Traverse Bay Bands of Odawa Indians are looking for donations, partners and volunteers to aid the project once it is completed.

“We reached out to the other tribes in the state and we’re still looking for a lot of help to make this project come to its completion,” Craven said. “So, we just want to make sure that we’re putting that out there and anybody can reach out to us directly or go to the Wings of Wonder’s website, to be part of it.”

“We’re really excited about this project. One of the things that we think is exciting about it is that it is not just viewed as a tribal project, so we’re working closely with Wings of Wonder,” Craven said.

The center is looking to permanently house eagles to shed light on some of the issues affecting them and get the public to understand them, Craven said. Craven and the Little Traverse Bay Bands of Odawa Indians are looking at this facility as being something that the non-tribal public can participate in as well to help inform the public.

“The outreach for educational programming will be limitless,” Lessard said.

As people become more aware of the importance of these predators, they become more responsible about the decisions they make, she said. People need to be more intentional about their decisions, so the consequences are more positive to the planet.

“As people become much more aware of the needs of these top predators, there’s a stronger conservation message and land is more protected which is going to help other species, plants, insects and other mammals,” Lessard said.

Craven said that the fate of the eagles is directly related to humans. As there are more eagles on the landscape, the tribe is seeing more injuries.

“We’re seeing a lot of lead poisoning on an annual basis of eagles,” Craven said. “In addition to that, there are some electrocutions from powerlines. Unfortunately, we’ve seen a little bit of an increase in poaching.”

Craven hopes that this project will expand awareness and education of eagles and eagle conservation.

“We see this collaboration as a nexus for exposing and helping the non-tribal community, giving them a better understanding of some tribal viewpoints in regard to management, and also some cultural awareness as well,” Craven said.

Eagles are significant in a few ways and are what is known as a keystone species, Craven said.

“They have a cultural significance to us,” he said. “They have a biological role that they play in the environment.”

He also said that there is a cultural significance of eagles for tribes.

“Within tribes, there are different teachings that are passed down, different views on eagles,” he said. “The clans within Odawa culture each (have) a certain number of responsibilities to the community.”

“Some will say that members of Eagle Clan are even-keeled, level-headed,” Craven said. “They can see far and provide good advice based on how far they can see and how broad a scope of things they take into consideration.”

Eagles are one of the highest-flying birds and are seen as a way for the Odawa or Anishinaabe peoples to pass up prayers or concerns through Migizi to the Creator.

“Eagles are viewed from flying up high in connection to the Creator,” said Craven. “Migizi is looking down on the Odawa people as well to see if you’re responsible to your family if you’re taking care of others. So, eagles can be a reminder to people to do those things.”

This project is part of the Little Traverse Bay Bands of Odawa Indians’ eagle management.

“We’ve done a variety of eagle work in projects over the years and as part of that work, we’ve run into injured or deceased eagles on an annual basis,” Craven said. “That really led to our relationship with Wings of Wonder.”