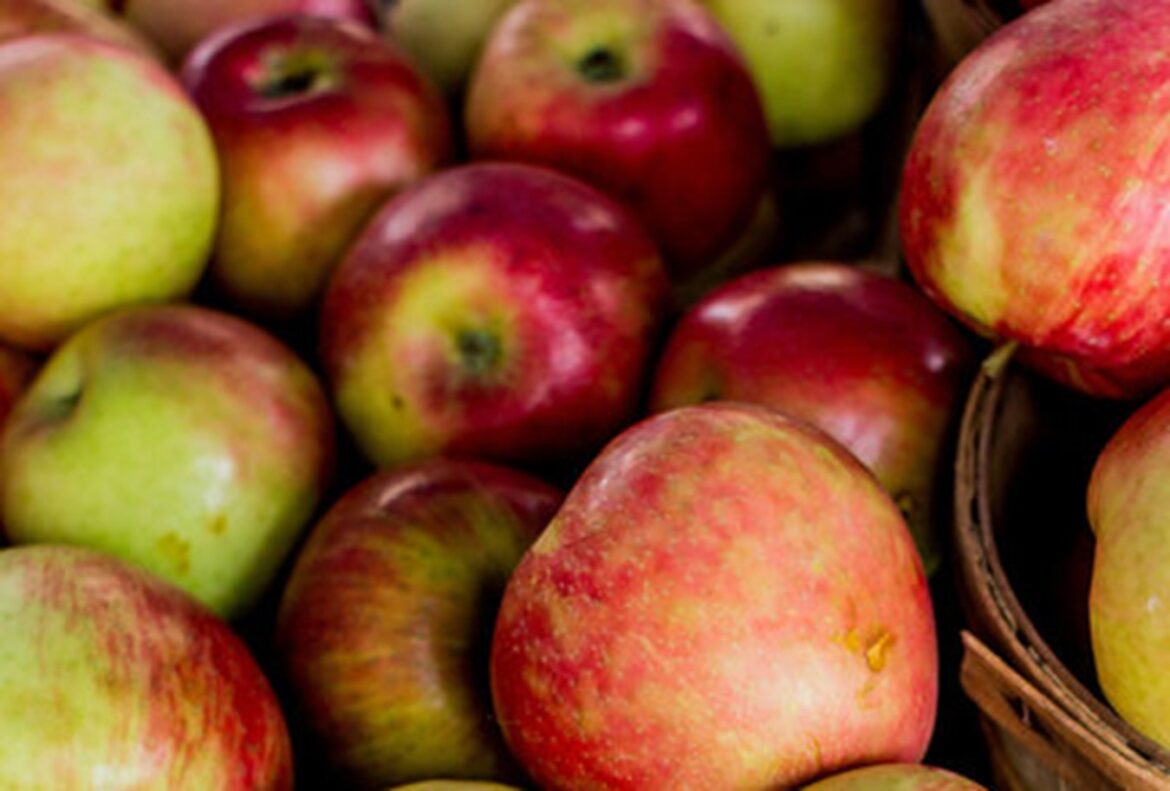 “It will provide an opportunity to level the playing field for our American companies versus companies that import products to America—at lesser quality and lower price,” Gerencer said.

Agriculture contributes more than $104.7 billion annually to the state’s economy—second in diversity only to California, according to the department.

According to a White House press release about Biden’s executive order, “The U.S government should, whenever possible, procure goods, products, materials and services from sources that will help American businesses compete in strategic industries and help America’s workers thrive.”

That means the federal government would purchase more American-grown and manufactured commodities and foods, such as apples, rather than importing them.

Gerencer said she thinks that the state’s premium fruit and vegetable products should benefit greatly from the administration’s priority for American products and companies.

Consumers often purchase less expensive food products to save money—without knowing the details about the product and where it’s from, she said.

That means although the initial price for U.S.-grown produce might be a little higher than imports, American buyers can feel confident that the produce is safe to eat.

Gerencer also said time will tell if the executive order profits not only Michigan, but also the country.

“The idea of it should benefit not just our state, but other states as well,” she said. “It will depend how it plays out.”

“As of right now, I think our staff is trying to get more specifics on the executive order. So we don’t have any insights yet,” Sielski said.

According to Gerencer, there are 6,000 farms in West Michigan, and they supply ingredients that are necessary for local food processors.

Although it’s difficult to determine the full extent of how the executive order might benefit food processors, John Kran, the Michigan Farm Bureau’s associate national legislative counsel, said he believes it could.

“The Michigan Farm Bureau has been supportive of ‘Buy American’ provisions when it comes to government purchases of food—most notably the school lunch program,” he said. “We were pleased with the announcement from the White House in January.

“I don’t have a good sense of what this will all mean moving forward, but we are pleased with the emphasis President Biden is giving to this issue. I don’t see anything that mandates U.S. purchases, but it’s definitely making it a priority,” Kran said.

He said Michigan farmers and processors routinely bid for food contracts from the U.S. Department of Agriculture and other federal agencies.

The Michigan Vegetable Council, based in Mason, is among those that say Biden’s order could help the state’s food processors.

Greg Bird, the council’s executive director, said he believes the executive order will focus mainly on processed products bought by the federal government rather than focusing on fresh vegetables. Despite that, he said he supports it.

Processed vegetables would fall under the category of manufactured goods, he said.

“I would assume that this order would cover products purchased by the armed forces, some government hospitals, correction facilities and the U.S Department of Veterans Affairs,” he said.

“Perhaps this might reach out to school lunches. All these areas would be great places to make sure American products are used.”

Bird said growers are concerned about competition and imports.

“We need the American public to do their part. We can’t just expect the government to do it,” he said.