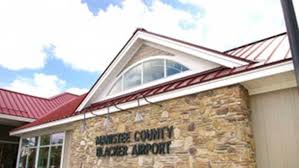 Large airports in Michigan such as those in Detroit and Grand Rapids have seen a loss in revenue and passengers since the pandemic began.

Small airports in Northern Michigan and the Upper Peninsula are confronting those same problems, but the negative effects are bigger.

However, operators of smaller airports say they’re looking forward to the future because there’s a projected increase in passengers this summer as COVID-19 vaccinations become more widespread.

For some smaller airports, day-to-day operations didn’t change much, officials said. For others, the changes were dramatic.

Manistee County Blacker Airport switched carriers on Oct. 1, after Cape Air won the bid to be the airline partner with the airport, according to airport director Barry Lind.

Blacker is doing better than most small airports in Northern Michigan, Lind said, and the airport’s two daily nonstop flights to Chicago were not impacted by COVID-19 restrictions due to the airport’s status as an essential air service.

Sawyer International Airport in Gwinn has not had its routes cut, according to Duane DuRay, the director of operations, but he said the pandemic had almost shut down rental car businesses in the airport.

MBS International Airport in Freeland has had a hard time during the pandemic,Director James Canders said. 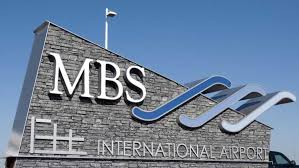 Canders said the airport has faced a significant drop in revenue since the pandemic started, as well as a cut in the number of flights and route cancellations.

Daily flights decreased from seven or nine, down to six, Canders said.

He said he also had to lay off staff for six months but they returned before winter.

Cherry Capital Airport, in Traverse City, reported a 95% drop in passengers in April compared toApril 2019, according to the Michigan Department of Transportation.

Airlines serving the airport cut the number of routes from 15 to three, Director Kevin Klein said.

Klein said the federal government gave Cherry Capital Airport $18.4 million for support under the 2020 Coronavirus Aid, Relief and Economic Security, or CARES, Act. The grant went to cover operational costs of the airport.

The money came from $10 billion in federal economic relief to airports affected by the pandemic.

A CARES Act grant also helped Chippewa County International Airport in Sault Ste. Marie, which lost most of its revenue due to the closing of the U.S-Canada border, said airport manager Tami Beseau. The airport received a $1.09 million grant.

The airport relies heavily on Canadian travelers, she said, adding, “The Canadian traffic and the borders not being open really affect us.”

She said that when the border opens and summer comes, aviation is going to come back.