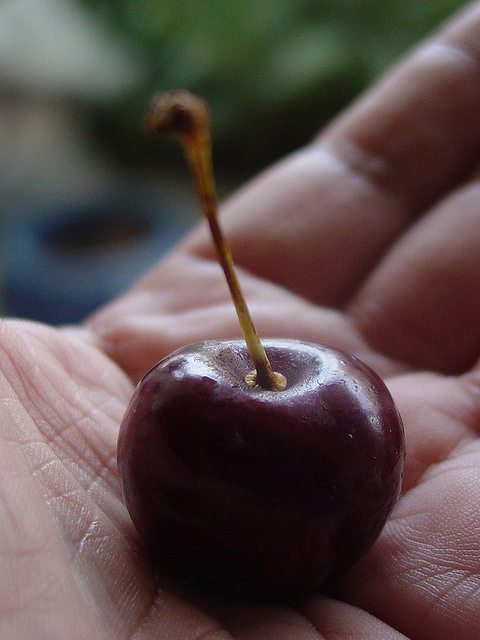 Michigan’s cherry industry may have a way to make money from, of all things, the pits.

And to make soil more productive.

And to reduce toxic metals, such as lead and arsenic, in contaminated water.

Converting waste cherry pits for useful purposes could lower costs for processors and reduce the industry’s environmental impact by avoiding the need to dump the pits into landfills, according to a new study by Cornell University researchers.

There’s a growing realization that “disposing of homogeneous waste like this is a waste of a waste. Landfilling it seems kind of stupid in this day and age,” said study coauthor Jillian Goldfarb, a professor in Cornell’s Biological & Environmental Engineering Department.

Both environmentally and economically, “landfilling is not worth it when you have alternatives,” Goldfarb said.

In most years, Michigan accounts for about three-quarters of U.S. production of tart, or Montmorency, cherries.

In 2019, the state produced 164 million pounds of tart cherries out of a national total of 262 million, according to the Cherry Marketing Institute, based in DeWitt.

And heavy rains at the wrong time in northern Michigan, said Scott Pryde, the president of Great Lakes Packing Co. In a normal year, the company’s plant in Kewadin processes about 10 million pounds of cherries, a number that plummeted to about 1 million pounds last year.

“It was very painful,” he said.

Pits account for about 5% of the cherry crop’s weight, Pryde said.

Tart cherries are used primarily for cooking, baking, syrups, juice rather than for eating fresh.

It’s a big business in Michigan, mostly in the Northern Lower Peninsula and West Michigan. Oceana County has the most acres of orchards, followed by Leelanau, Grand Traverse, Antrim-Charlevoix, Mason, Van Buren, Allegan and Benzie counties, according to the Cherry Marketing Institute.

The other top-producing states are Utah (54 million pounds), Washington (24.6 million) and Wisconsin (9.1 million), according to Statista.com.

Using pits from the Kewadin plant, Cornell researchers experimented with how to convert them to biochar, a charcoal-like, carbon-rich substance made by heating pits in a zero- or low-oxygen environment. Biochar is usually plowed or dug into farm fields and gardens to enrich the soil.

“The U.S. tart cherry industry faces wide-ranging challenges, including increased competition from overseas imports, uncertainties associated with impacts due to climate change and mounting organic landfill waste contributing to the methane footprint of agriculture,” the study in the journal Environmental Pollution reported.

The study said one solution to those problems is converting waste pits to biochar.

That process generally takes 45 minutes to an hour in a pyrolysis kiln. Pyrolysis is a process that changes the chemistry of material exposed to high temperature without burning the material.

And with additional processing biochar can be used to act like a sponge that takes heavy metals out of drinking water, among other uses, the study said.

Pryde said Great Lakes Packing’s Kewadin plant dries its pits with a grain dryer, stores them in silos and then sells them in 40-pound and 1,000-pound packages, primarily as biofuel.

Purchasers burn them in pellet stoves.

Doing that is “slightly negative” economically, he said, especially the handling and packaging of the 40-pound lots.

The company’s other plant in Hart gives away its pits without charge to be spread on orchards and allowed to break down naturally, Pryde said. They break down extraordinarily slowly.”

Meanwhile, a separate new study by Rice University researchers found that mixing biochar into sandy-textured soil in areas such as the Northern Lower Peninsula can significantly increase the soil’s ability to retain water, allowing farmers to use less water for irrigation. Other parts of the U.S. that would benefit include much of Nebraska and Florida, according to the analysis published in the journal GCB-Bioenergy.

Researchers have explored other possible ways to add value to tart cherry pits, including extracting oils to use in cooking and cosmetics and extracting bio-oil as a renewable fuel.

The goal of such projects is to develop revenue from otherwise-discarded waste, improve plants’ use of nutrients, reduce drinking water pollution and minimize the environmental effects of food production, the Cornell study said.