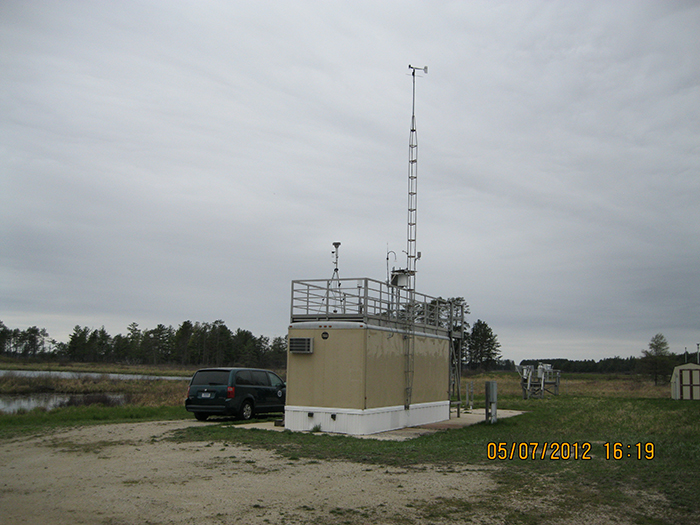 Air quality in northern Michigan was bad on Jan., 21.

At least that’s what the weather app on Sharon Emery’s phone reported.

The ominous warning “Unhealthy Air Quality for Sensitive Groups” hung above the day’s current conditions of clear skies and 27 degrees.

Emery has a place in Cheboygan, on the shore of Lake Huron in northern Michigan. It’s not  known for poor air quality, especially in winter. People in Michigan move north to get away from air pollution. 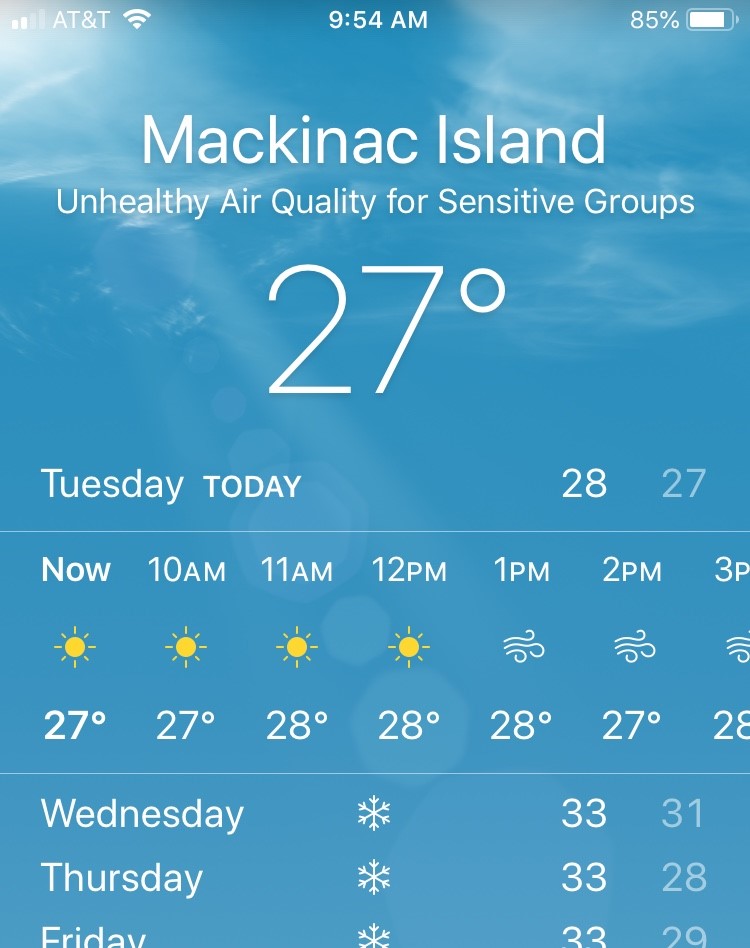 Many mornings Emery checks the local weather forecast and that of friends and family.  She often checks on Los Angeles because she has children living there.

“When the air quality in Cheboygan is worse than Los Angeles then I know something is off,” she said.

It was. And to make matters more confusing, Emery’s weather app reported good air quality in Petoskey, just across the Lower Peninsula on Lake Michigan. But air quality at Cross Village, just 25 miles to the north of Petoskey and also the air above Mackinac Island, was reported unhealthy, just like Cheboygan’s.

It turns out that instead of bad air that day, it was just bad information relayed to the public’s smart phones.

The monitor that covers air quality in Cheboygan and Cross Village was malfunctioning, said Susan Kilmer, the air quality division supervisor for Michigan’s Department of Environment, Great Lakes and Energy.

Following routine maintenance of the sensor at the Upper Peninsula’s Seney National Wildlife Refuge, an erroneous reading made it look like there was a sudden dangerous rise in fine particulate matter, Kilmer said.

Fine particulate matter can be solid particles or liquid aerosols.  Such fine particles are potentially dangerous to breath because they are small enough to enter deep into the lungs.  People with preexisting lung or cardiovascular disease, as well as the elderly and children, are especially vulnerable to the harmful effects of these particles. 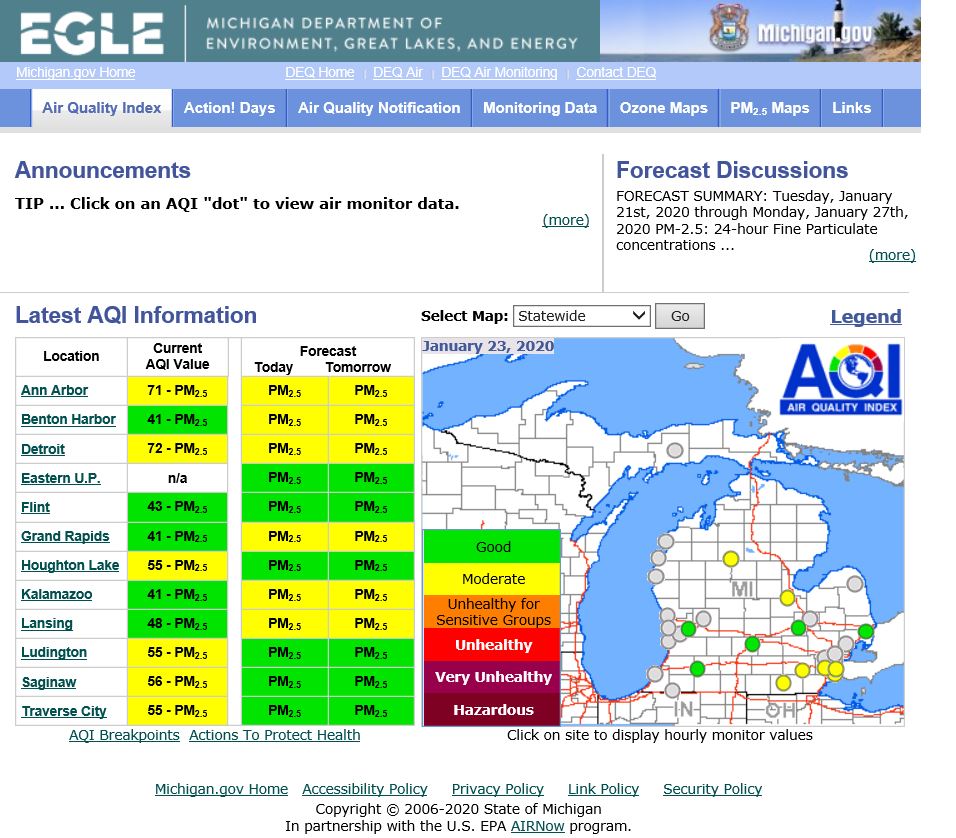 EPA funds Michigan to monitor these criteria pollutants under the Clean Air Act of 1970. The state maintains over 40 monitoring stations, including the one at Seney.

Not all criteria pollutants are monitored at all monitoring sites. The state continuously monitors particulate matter at the Seney site, as well as ozone during the warmer months from March 1 through October 31.

Air quality information is uploaded hourly to www.deqmiair.org where it is publicly available in real time.  States also must report the data to the EPA’s AIRNow air quality mapping system. (www.epa.gov/airnow). That system is linked to the weather app on smart phones to alert the public of unhealthy air.

Given the time of year, Emery’s phone alert was for high particulate matter.

“I think it’s a good thing for people to be aware of their environment and air quality,” Kilmer said.

But she cautions that real time data is unvalidated, so glitches, though not common, can happen, even making Cheboygan’s air appear less healthy than that above Los Angeles.

Kilmer’s office only received a couple of phone calls as a result of the Seney monitoring issue, she said.  People in urban areas with more frequent air quality issues often reach out to the state when alerts arrive at their phones, Kilmer said.

Even with the mistaken alert coming to her phone, Emery said she is  happy to have access to this information.

“People are at ground zero when it comes to air and water quality, so it’s important information,” she said.