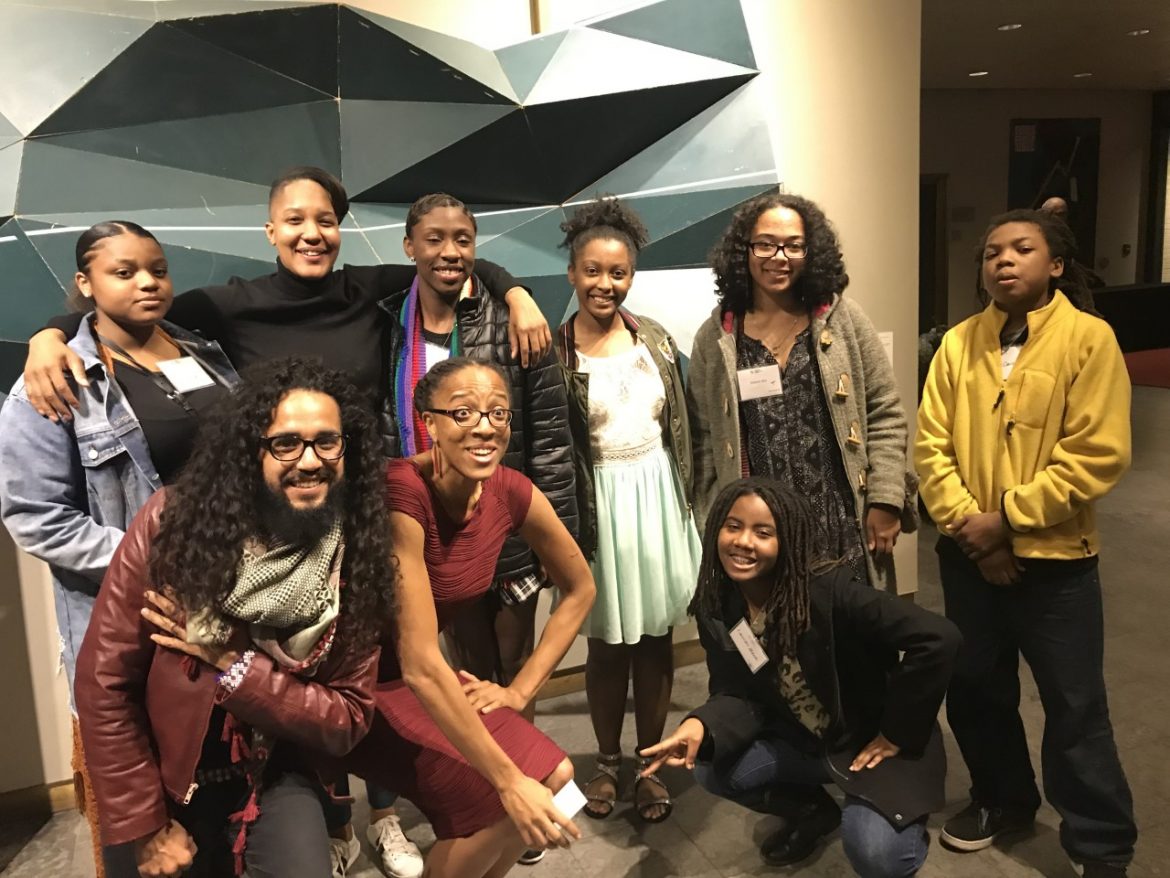 They say children are the future and for Antonio Rafael, it is important that the future care for the environment.

An environmental activist, farmer and artist from Detroit, Rafael said he always had a passion for nature.  He works for the National Wildlife Federation, teaching children how to connect with and protect nature. He is also the educational coordinator of the Detroit Leadership and Environmental Education Program, an after-school program that puts Detroit high school students on the front line of environmental activism.

“I connect youth with nature and take them outdoors,” Rafael said. “It is important they have a relationship with nature if they are going to protect it.”

Understanding the environment can be good for your health, according to a study by Frances Kuo and Bill Sullivan, researchers at the University of Minnesota.  It reduces stress and negative emotions and has positive effects on mental and physical health.

“By drawing people out of their homes, the trees created an opportunity for neighbors to interact and develop community relationships,” Kuo wrote in the study.

Rafael’s program embodies that ideal. Before he began teaching, he started a community garden in the Metro Detroit area and allows anyone to use it. He founded an organization called Black to the Land, a coalition of outdoor organizers and educators in Detroit. They teach  people how to farm and live off the land.

It was his work with that organization that helped him get the job at the National Wildlife Federation this year.

The program is a combination of workshops, mentorship and work that teaches students and their families to embrace nature and build a healthier community, he said. The students learn skills like planting trees, gardening and foraging. For some of these students, it is the first time they hiked through a forest and kayaked. They also collaborate with eco activists on possible solutions to issues within their watershed and bioregion.

“Antonio is the perfect person for the job in hand,” Shriberg said. “He’s somebody that can relate to and really interact with these students.”

He integrates Native American culture with his own life experiences growing up in Detroit, Shriberg said.  And he is a strong communicator that can take complicated ideas and explain them so that others can understand.

“He approaches things with an enormous amount of energy and synergy, which is hard to find,” Shriberg said.

Rafael focuses a lot on Europeans colonization of the U.S. and its impact on indigenous people. He wants to take the U.S. back to its roots.

He also wrote a resolution to change Detroit’s name for future Columbus Days, to the Anishinaabe name, Wash-Ten-ong, which he hopes will be adopted. It is the original name for Detroit and honors the land that the native tribes used to own, he said.

“In a way, native people have been fighting against the historic erasure and amnesia of the land,” Rafael said. “In a lot of our history classes we know the names of empires and city states in the Mediterranean from 10,000 years ago, but not the name of these lands some 300 plus years ago.”

He’s not trying to decolonize the land, but hopes his work brings awareness to the native people power and history, he said.  “Inch by inch we can retake the state that is public consciousness. A lot of my artwork has tried to do this in various ways.”

Not all of his artwork and activism has been met with positive reactions.

In 2015, Rafael and another artist, Dale Luka, painted a black fist and the words “free the water” on the Highland Park Water Treatment Plant’s water tower to protest the  water shut offs to delinquent customers. Both men were charged with malicious destruction of property and trespassing. They faced heavy fines and jail time but settled out of court.

Rafael also put an ax through a Christopher Columbus statue in Detroit in 2015. Columbus is known for his genocides against indigenous people and some believe he should not be celebrated, he said. It is important that people honor the land and to learn from our history.

He has included a social justice element by having the students discuss environmental issues they are facing and come up with resolutions, Rafael said.

“Through colonization Europeans, have really shaped the landscape and created the environmental crisis we are in today,” Rafael said. Colonization caused major deforestation and destruction of the land

Rafael said he doesn’t regret his journey. It was this path that got him where he is today. Today he is more than just the guy that painted “free the water” on a water tower, he said. He’s the leader of several environmental groups, including The Raiz Up, a member of Southwest Grows, the Southwest Bee Collective, and the Beehive Collective.

“It’s all a part of learning and growing,” he said. “I feel good about where I’ve been.”