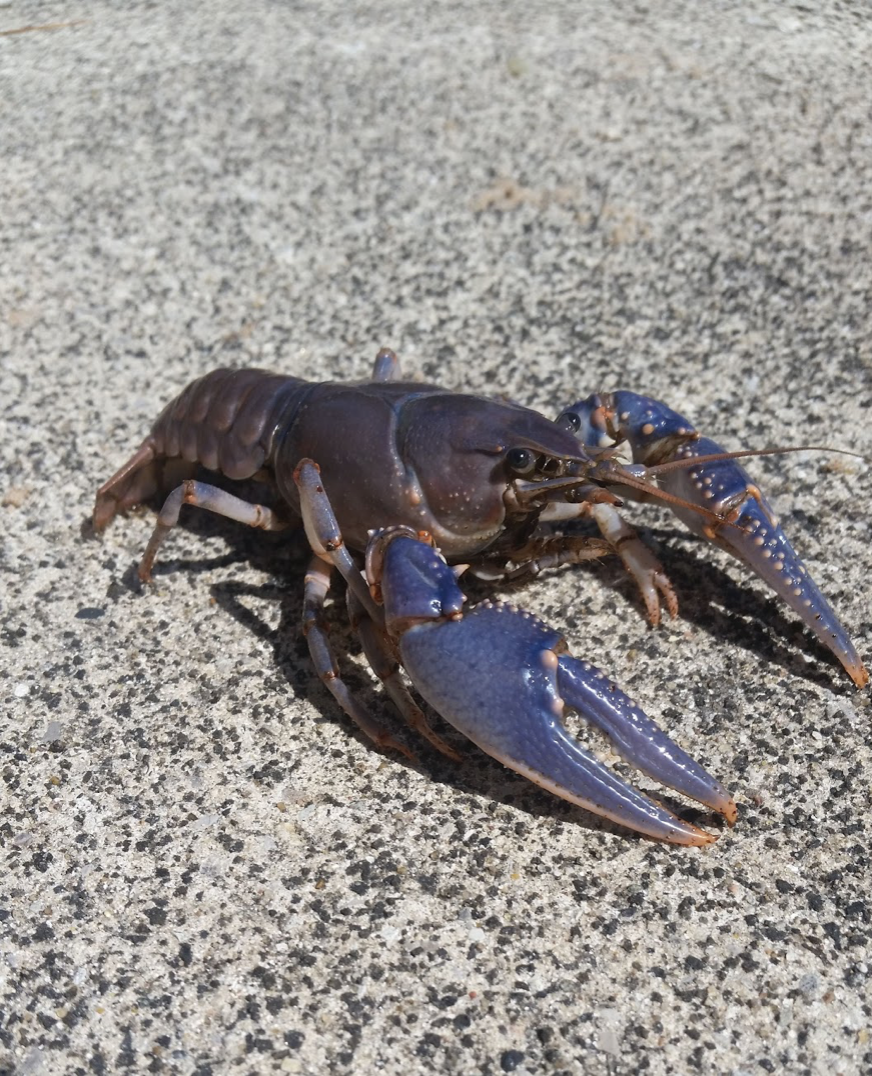 We know that dogs have personalities. So do cats.

So do monkeys, horses, elk and rodents.

Yes, and their personalities can shape how well they can escape from their predators, such as largemouth bass.

Research at the University of Michigan Biological Station in Pellston, Michigan, explored how a common herbicide found in rivers and lakes can affect “bold” and “shy” crayfish, with implications for their ability to survive hungry predators.

Shy crayfish are more apt to hide in sheltered areas for survival, while bold ones are more likely to venture out.

There’s a trade-off: While shy ones get some protection from predators, the more adventurous bold ones get more access to food and opportunities to mate—unless they’re eaten, of course.

They collected almost 170 female crayfish by hand from Burt Lake in Cheboygan County and brought them to the biological station’s Stream Lab Research Facility. Water from the East Branch of the Maple River was pumped into their holding trough.

They then distributed the 4- to 6-inch long crayfish into an artificial stream system before introducing varying non-lethal amounts of the herbicide atrazine into the system’s 14 flow-through streams for varying periods.

Their personalities were assessed before and after exposure to atrazine.

Atrazine is widely used to fight weeds in corn, other crops and evergreen farms, according to the federal Agency for Toxic Substances & Disease Registry. It’s also a popular weed killer for golf courses and home lawns. It can get into lakes, rivers, groundwater and agricultural runoff. 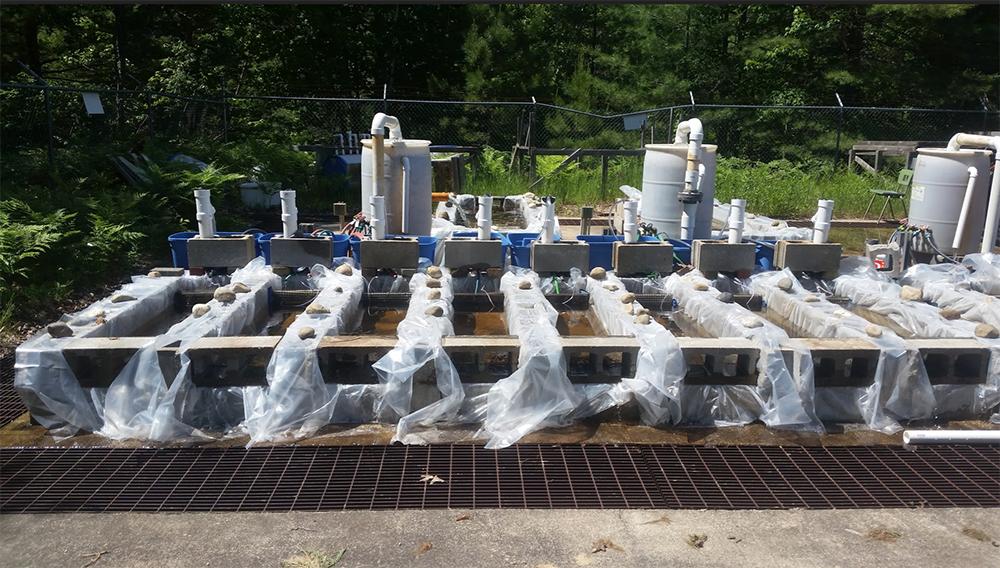 Scientists built this artificial flow-through system at the University of Michigan Biological Station in Pellston to expose crayfish to atrazine. Image: Alexandra Steele

Researchers placed the crayfish in small aquariums with little shelters, then exposed them to river water that carried the odor of largemouth bass, a predator that had been fed on the same species of crayfish for the previous 24 hours or so.

The scientists assessed the crayfishes’ personalities as “bold” or “shy” based on their “escape response,” namely how long they waited to emerge from their refuges. Those that took more than 200 seconds—a little more than three minutes—were classified as shy, the study said.

Shy crayfish didn’t change their behavior after exposure to the herbicide, Steele said, but “the bold ones exhibited shyer behaviors,” including spending more time in shelters. “They were displaying behaviors typically associated with shy animals.”

She said, “It’s very interesting that we see personalities are really important when you try to investigate how toxicants are affecting animals.”

Moore noted that other scientists have studied the effects of atrazine in the water on animal behavior, especially fish and amphibians, but not on animal personalities. “Probably the most famous effect on aquatic organization” is how it “feminizes” frogs, changing males into females.

Moore and Steele said the findings of their recently published study show the need for water quality policymakers and regulators to consider “dynamic exposure” to contaminants under conditions that mimic natural ones.

Rather than on conditions mimicking the variations of naturally flowing waters, regulations have been based largely on tests done in static conditions such as aquariums, Steele said.

Moore said, “Standard policy is to take an aquarium, dump in chemicals and see how many animals die. We’re trying to expose animals (to the herbicide) in realistic conditions they would see on lake bottoms and streams.”

“It’s those peak snowstorms or toxic storms that are really important for determining how these pesticides and insecticides impact animals,” he said.

The findings appeared in the journal Ecotoxicology and Environmental Safety.