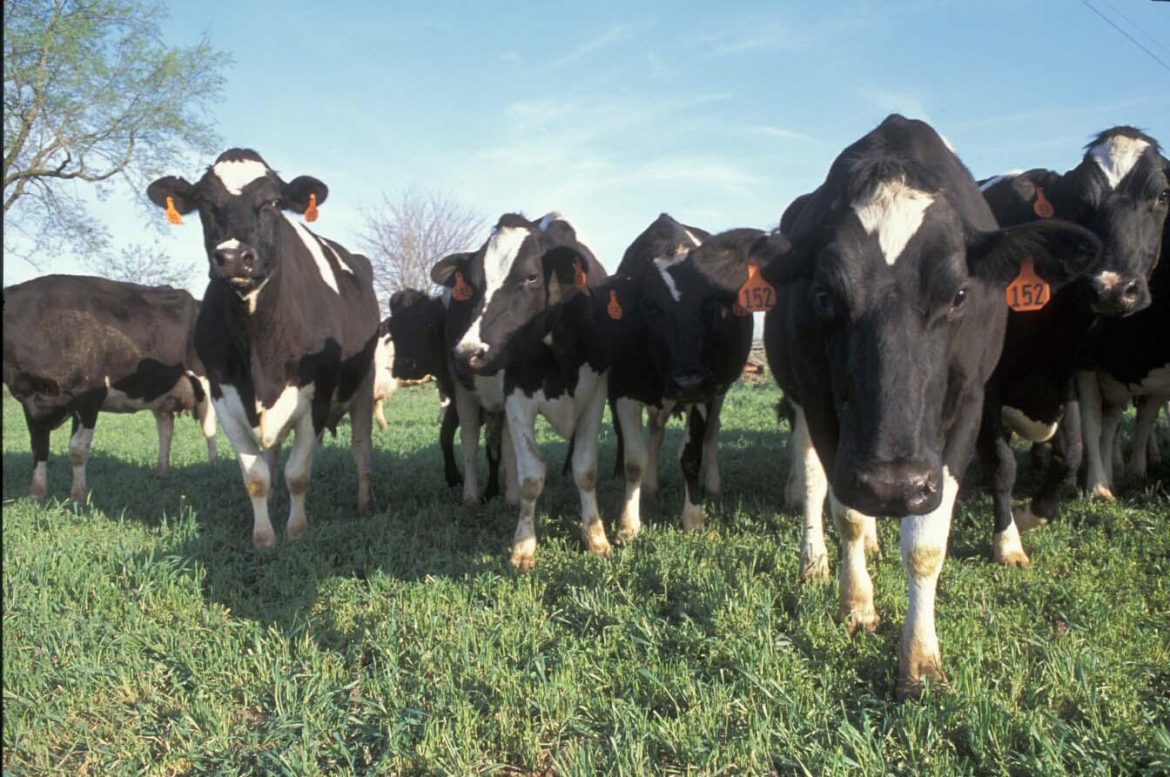 Dairy cows are at the center of concern in Indiana over contamination of water and hope for greener waste management. Image: U.S. Department of Agriculture

A planned large, organic dairy farm in western Indiana an hour south of Lake Michigan has been described as both a green savior and an environmental threat.

“We invested in revolutionary green technology that will change animal agriculture, for the better, forever,” Will De Jong, the manager of Natural Prairie Dairy, wrote in a statement in response to questions from Great Lakes Echo.

It’s too risky to assume that the farm’s new technology will handle the “tremendous amount of waste” coming from the dairy’s 4,250 cows and 100 calves, said Kim Ferraro, senior staff attorney at Hoosier Environmental Council, which is considering legal action to stop construction before it’s completed in the fall.

Natural Prairie Dairy’s permit, which was approved January 10 by the Indiana Department of Environmental Management, includes plans for a Varcor Processor, a new waste treatment system.

It separates cow manure into solid and liquid waste, and then evaporates and distills the liquid into water and concentrated ammonia, according to Sedron Technologies, which created the system.

A 2015 video on Bill Gates’ YouTube channel shows the billionaire philanthropist drinking water from an earlier version of the technology designed to treat human waste.

Sedron’s website says the system’s “zero discharge into the environment” alleviates the problem of ground water pollution from dairies.

Jeanette Jaskula, a committee member with Protect our Kankakee River Basin, isn’t reassured. The dairy poses a risk to the area’s high water table, she said.

The site of the future farm is in the historic Beaver Lakebed. It has been cropland since the lake was drained in the late 1800s.

Because the dairy will be organic, cows must be on pasture for 120 days each year. That waste can’t be collected, Ferraro said. She’s also worried that waste collected in open-air lagoons could leak or emit harmful or unpleasant gases.

The permit allows but doesn’t require the technology proposed by the dairy. Ferraro and Jaskula both said the dairy’s voluntary commitment is troubling because the technology is still being tested at the volumes the dairy needs.

“We have their word, but nothing binding to keep that word,” Jaskula said. “What if it fails?”

If the technology isn’t viable and the farm is built without the manure processing system, Ferraro foresees an environmental hazard in an environmentally sensitive area guarded by regulations that “don’t go far enough,” she said.

It remains to be seen if Natural Prairie Dairy and Sedron Technologies are about to launch a green dairy revolution.

Until then, color the environmental groups skeptical.