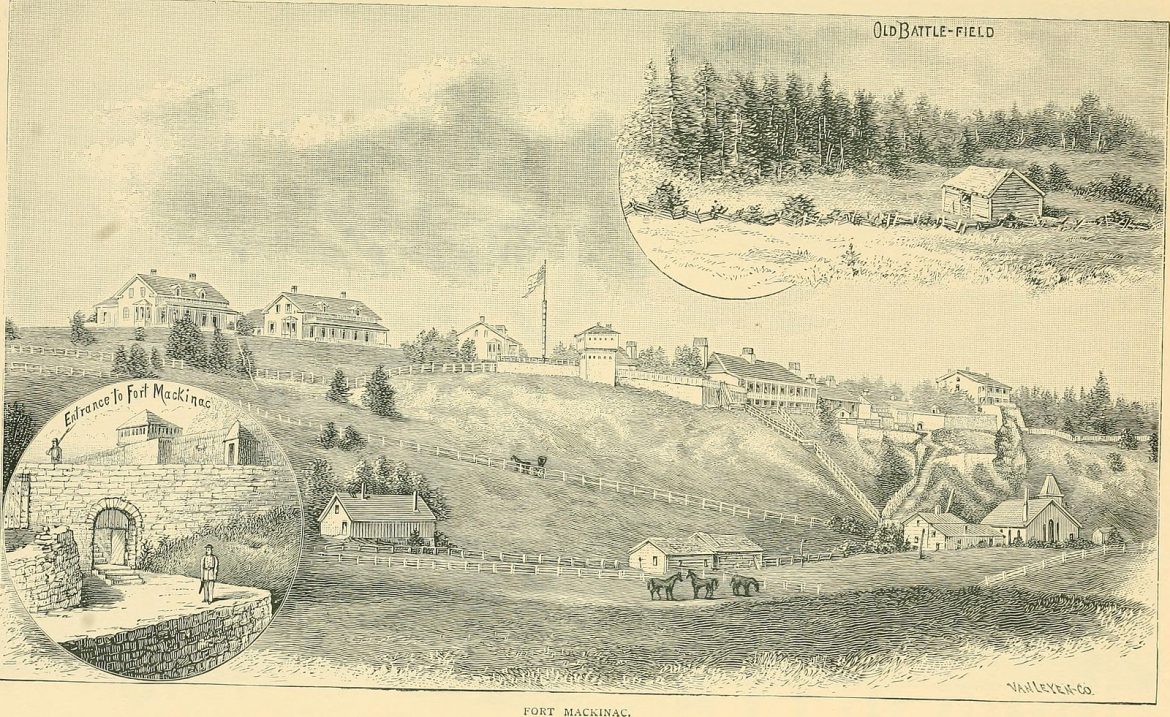 A depiction of Fort Mackinac from 1890. Image: Wikimedia Commons.

Mackinac Island bustles nowadays with 850,000 to a million visitors each year. But for British and American soldiers stationed there, the strategic but remote outpost could be a place of loneliness, spectacular beauty, harsh discipline, even death.

In 1695, French explorer Antoine de la Mothe Cadillac wrote to a government minister about his ability to defend what New France called Michilimackinac Island: “It is important that you be informed in case you are not, that this village is one of the strongest that there is in all of Canada. There is a fine palisaded fort, a highly disciplined garrison of elite soldiers.” 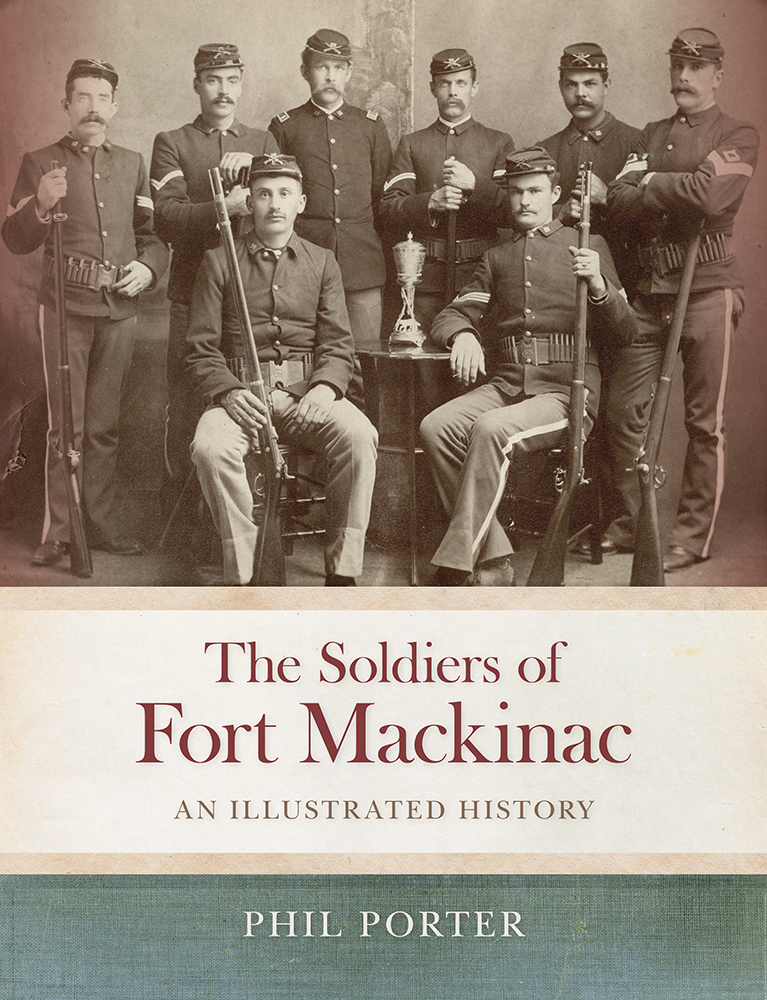 France, Britain and eventually the newborn United States competed to control the island that was so militarily crucial in the Straits of Mackinac.

The British under Lt. Gov. Patrick Sinclair built the fort during the American Revolution and occupied it from 1780 to 1796 and again from 1812-1815.

However, Sinclair’s higher-ups removed him from command and ordered him to “defend his expenditures,” Porter wrote.

When the Americans gained control of the island, Major Henry Burbeck led the first U.S. soldiers into the fort.

Mackinac Island was no paradise in Burbeck’s view. As he wrote, “I find this place abounds with good health, rocks and fish. That’s the most I can say of it.”

The U.S. Army stationed over 2,000 soldiers at the fort between 1815 and 1861. Seven officers switched their allegiance from the United States Army to join the Confederacy. And the Fort served as a prison for “three influential Tennessee civilians” whom Union Gen. – and future President – Andrew Johnson had arrested for “treasonous inclinations” during the Civil War.

While most of the book’s portraits and short biographies feature officers who served there, a few are about enlisted men, such as Privates Thomas Frost and J. Edward Martin, both posted at Fort Mackinac in the early 1890s.

Porter wrote, “The vast majority of enlisted men were drawn from the country’s lower socioeconomic classes for whom the prospect of basic food and shelter outweighed the meager pay, severe discipline, danger and boredom that accompanied military life.”

“The army was an attractive option for the growing number of immigrants streaming into the country,” he wrote.

In 1864, immigrants accounted for 64 percent of the fort’s artillery company.

Over the years, the fort faded in strategic importance, and the Army abandoned it four times between 1837 and 1861, deploying its troops elsewhere — including to Florida to fight the Seminoles and to the Southwest during the Mexican-American War.

A decade after the Civil War ended, Mackinac Island became America’s second national park. Soldiers found themselves enforcing park regulations and building roads and trails to accommodate visitors seeking “natural beauty and historic charm, along with the advantage of being a healthy retreat for hay fever sufferers,” Porter wrote.

Then came March 1895 when the only remaining squad of troops “marched out of Fort Mackinac for the last time,” he wrote, victims of Army skepticism about its military value and a national cost-cutting movement that closed many forts across the country.

Yet some soldiers remain there today.

A half-mile north of the fort, the Fort Mackinac Post Cemetery holds more than 100 graves of soldiers and a few of their relatives and local officials.

The identities of 69 of those buried there remain unknown, according to the U.S. Department of Veterans Affairs, and many tombstones are inscribed “U.S. Soldier” or “Unknown U.S. Soldier.”

“On fame’s eternal camping ground, their silent tents are spread,” a memorial plaque at the cemetery reads, “and glory guards with solemn round, the bivouac of the dead.”