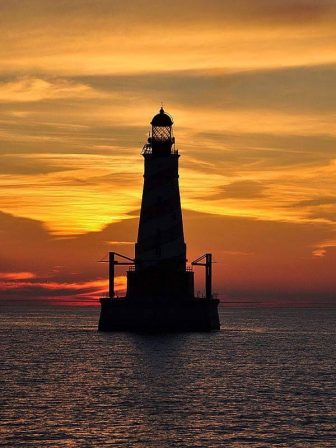 Larry Stowitts said his mood was dreary during his first few days on an offshore lighthouse in 1959. He’d imagined a lawn to keep tidy and neighbors nearby.

Instead White Shoal Lighthouse offered a 72-square-foot concrete base and miles of open water.

He remembers the moment his mood finally shifted:

“There was a front porch on White Shoal, and the officer in charge came around, and he had a bucket and a brush in his hand and I thought, ‘Oh crap, I’m in trouble,’” Stowitts said. “We walked around the north side of the light, and he lit a cigarette and pointed out into Lake Michigan, and said, ‘There and there. See those two steamers out there? There’s about 30 people in each one of those, and you are keeping them alive.’

“That changed my whole attitude about being out there. Instead of being isolated it became something productive,” he said.

Stowitts, who now lives in St. Ignace, served at the White Shoal Lighthouse until 1963. His duties included inspecting the foghorn, keeping the light operating properly and dangling from scaffolding to paint the lighthouse’s iconic red-and-white barber shop stripe.

His legs and lungs grew strong from frequent 11-level climbs to reach the light. 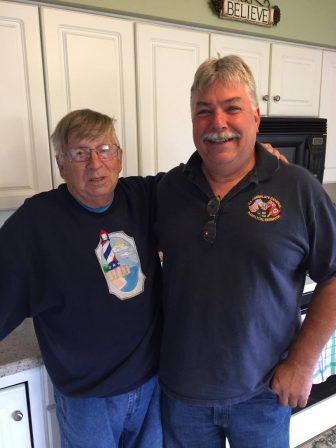 To pass time, Stowitts played cards, watched television, fished and told ghost stories with the other two guardsmen there.

“Every lighthouse is haunted,” he said.

“My first week as a member of the crew and I’m just waking up, and I heard someone coming down the steps. Bang. Bang. Bang,” he said. “And I came out of my room, but there was nobody there.”

Stowitts said expansion and contraction of the steps caused many strange sounds during his four years at the lightstation.

The U.S. and Canadian Great Lakes have 388 lighthouses — 129 of them in Michigan, which is more than any other state.

Interest in lighthouses is more common among older generations, and this signals the need for a shift, said Buzz Hoerr, the president and cofounder of the Michigan Lighthouse Alliance. The alliance provides guidance to private groups and municipalities that own lighthouses in the state.

As lighthouses age, so do their owners, stewards and volunteers, he said.

“There are two key issues facing lighthouses,” Hoerr said, “One is succession —  recruiting new members — and the other is the finances.” 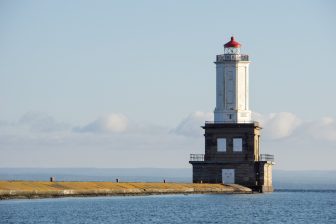 The U.S. Coast Guard gutted many Great Lakes lighthouses when the agency stopped staffing them in the 1970s. They sat vacant for years until Congress enacted the National Historic Lighthouse Preservation Act in 2000, which allowed governments and nonprofit agencies to take over ownership.

Over the past several years, Michigan has offered lighthouses to private owners when local officials and nonprofit agencies didn’t step in.

Although lighthouses are now automated, they remain a critical part of the Great Lakes, said Laura Ashlee, the outreach coordinator for the state’s Historical Preservation Office.

”In a very practical sense, they still maintain their function of being navigation aids in many cases. Boaters still use lighthouses, but in a less practical, emotional level they really represent the Great Lakes State,” she said. “We have more shoreline, more freshwater, and so really lighthouses represent us.”

Michigan provides annual grants through its Lighthouse Assistance Program. The money comes from sales of “Save our Lights” license plates. This year, Keweenaw Waterway Lighthouse in Chassell, the DeTour Reef Light on Drummond Island and the Thunder Bay Island Lighthouse shared $112,800 in grants. Their projects range from assessment work to general repairs.

But the money isn’t enough in the longterm. Hoerr is also founder and chair of the board for the Harbor Beach Lighthouse Preservation Society. He said the organization  has spent nearly a million dollars over the past 30 years to maintain its lighthouse. 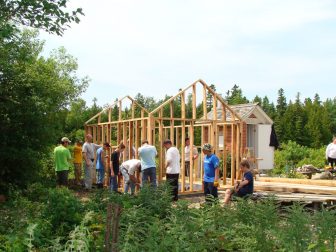 The Great Lakes Lighthouse Keepers Association spent millions to renovate St. Helena Island Lighthouse over the past 25 years. That included help from hundreds of Boy Scouts and other volunteers, said Terry Pepper, the director emeritus of the association. 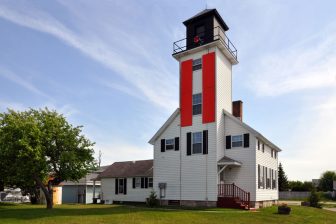 “We thought we would be done by now, but money has been difficult to obtain, so we just do things as we are able to come up with money or get the grants,” he said. “Money is the big thing. Give me two million, and I can fix any lighthouse.”

The cost for new owners is even steeper. Private owners recently started restoration of the White Shoal Lighthouse in Lake Michigan, where Stowitts served.

The co-owners expect to spend about $3 million because of the offshore location and condition of the lighthouse. They’re speaking with Stowitts to help reconstruct the building’s 1950s look.

Even with state assistance, money falls short. Owners must partially match grants. And while restoration, renovations and maintenance can cost millions over time, grants average less than $150,000 yearly and are divided among several recipients. Michigan has awarded $2.1 million since 2000.

Hoerr said the most successful lighthouses are those who can become enterprises that can pay for themselves. 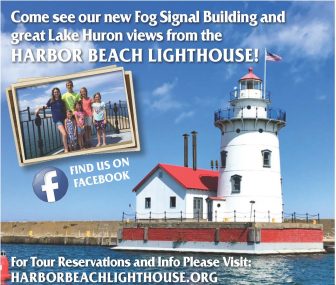 The Michigan Lighthouse Alliance, which represents 50 lighthouse groups, suggests owners promote their lighthouses as part of the community. 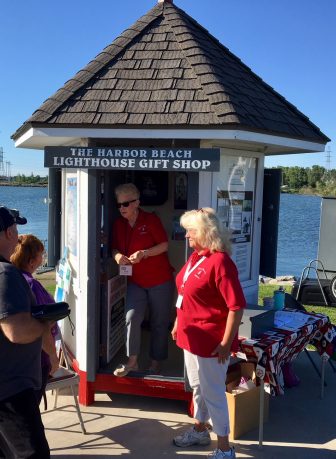 Volunteers are considered critical to the success of a lighthouse. The work on maintenance and serve as hosts and tour guides. Many stewards and volunteers are in their 60s and 70s, and Hoerr said owners must shift attention to a younger generation of adults who may have time and interest.

“What we’ve found is there are a lot of recent empty nesters. Their kids have gone away living somewhere else and they’re looking for something to do,” he said. “We adjusted our sights.”

“If you can provide context on the horizontal axis of time of what these places have meant to their communities and to their people for 100 years, that is valuable and people start to realize, ‘Boy my community has really been something over the past 100 years.’”