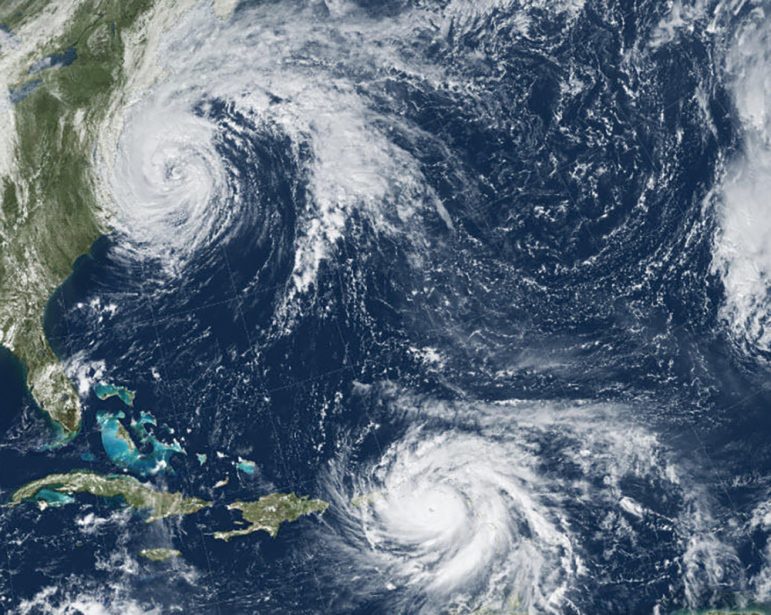 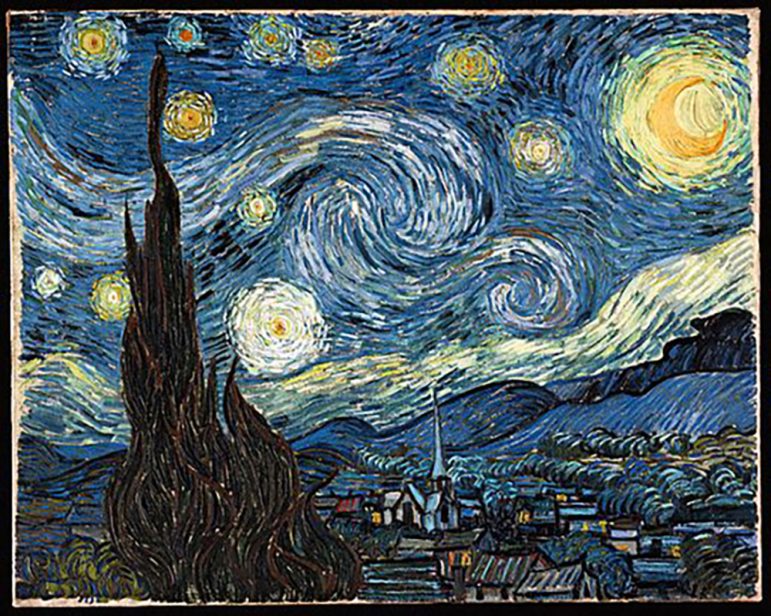 Check out the image on the left of Hurricane Maria and Tropical Storm Jose taken last September by NOAA’s Geostationary Operational Environmental Satellite.  Compare it to the one on the right of Starry Night painted by Vincent van Gogh in 1889.

Drag the slider in the middle to show more or less of either image.

This analysis of Starry Night identifies the sky in that image as “by far the most dreamlike, unreal part of the painting, beyond human comprehension and just out of reach.”

Or maybe it took a 21st century satellite camera to put into reach for the rest of us a view of the atmosphere previously apparent only to a brilliant 19th century artist.

Van Gogh might have been revolutionary for imposing a texture onto the night sky similar to what you’d more likely see in a coursing river.

But it appears he depicted a pattern the sky is very much capable of creating.

One thought on “Satellite reveals van Gogh got it right”