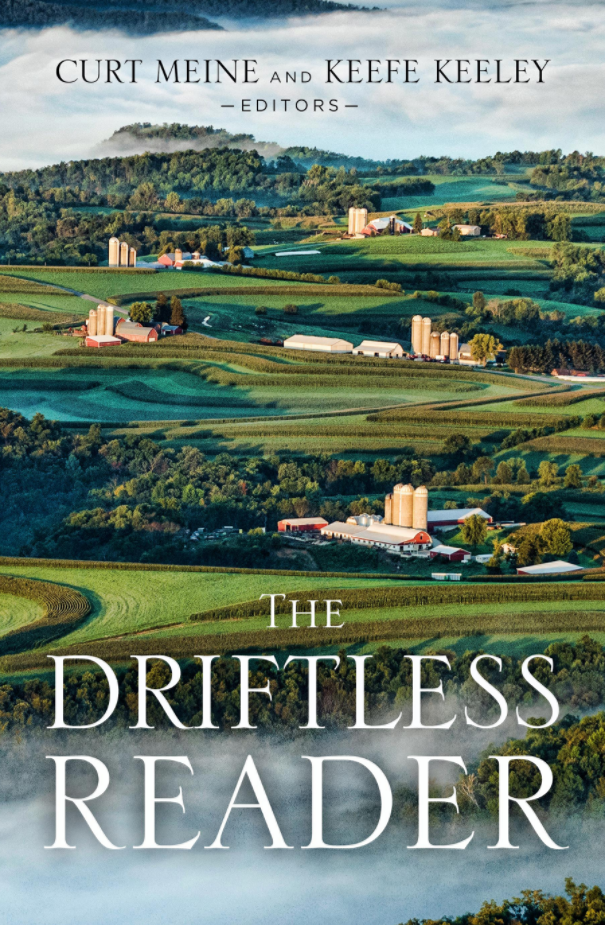 A portion of the Midwest never flattened by glaciers in the last ice age has been home to Norwegian farmers, Ho-Chunk villagers and Hmong gardeners.

They are among the  spectrum of people living in what is called the Driftless Area, a region spanning parts of  southwestern Wisconsin, southeastern Minnesota, northeastern Iowa and northwestern Illinois.

The region is the focus of a recent collection of writing, images and maps put together by co-editors Curt Meine and Keefe Keeley.

“The Driftless Reader” contains more than 80 writings and 50 illustrations that paint a cultural and scientific picture of the region.

Meine is a conservation biologist, historian and writer affiliated with the Aldo Leopold Foundation and the University of Wisconsin-Madison. Keeley is the executive director of the Savanna Institute, an ecological nonprofit.

The inspiration for “The Driftless Reader” was initially Meine’s.

“I had this growing bookshelf of titles and authors and so forth,” he said. “There came a moment when I said, ‘maybe we could bring these all together in a volume.’ That would be a celebration of this place.”

Keeley, one of Meine’s students at the time, got involved when he heard about the project. This is their first book together.

Why “Driftless?” It’s an old geology term. “Drift” is the debris left behind by glaciers, mostly pebbles and bits of bedrock. There’s no evidence of drift in this area – hence, “driftless.”

The book aims to capture the particular flavor of the Driftless Area. 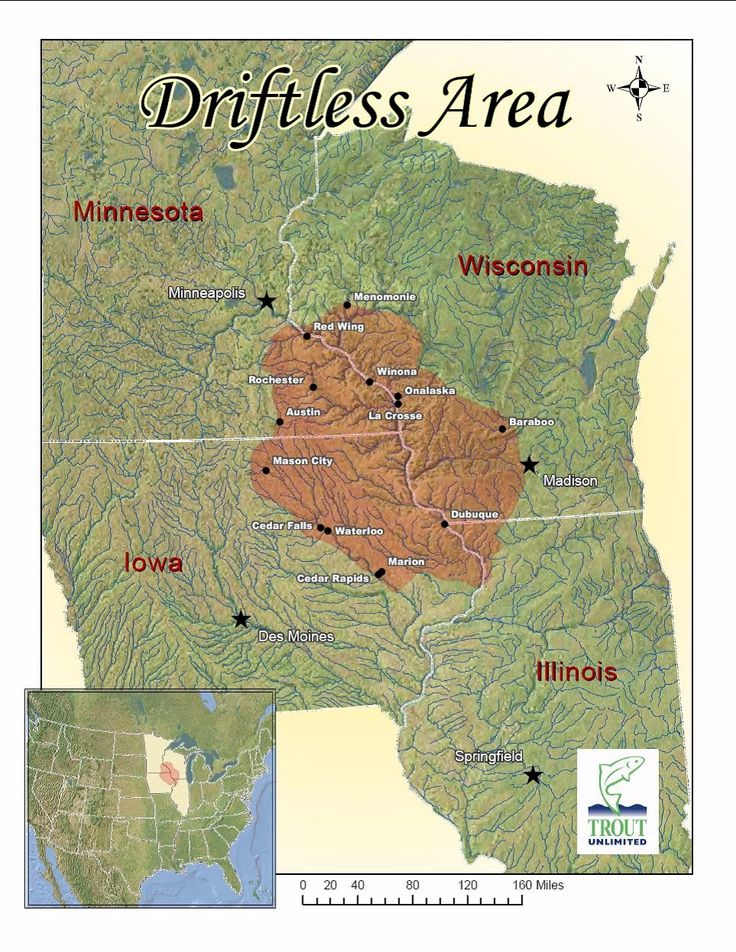 A map of the Driftless Area. Image: Trout Unlimited

“This sort of obscure geologic term has become a brand or a bioregional identity,” Keeley said. “The word ‘driftless’ has been sort of on the rise. It encompasses multiple states and so it transcends political boundaries too.”

Since the Driftless Area is so diverse, Meine and Keeley wanted to ensure as many voices as possible were heard.

“We wanted to have broad cultural representation and gender balance as best we could achieve it,” Meine said. “I did very close, careful conversations and consultations with Ho-Chunk tribal members and colleagues. We wanted to do right by all voices as we put this together.”

Meine and Keeley sifted through literature and art at bookstores, libraries and historical societies across the Driftless Area for two years. They gathered recommendations from friends and colleagues.

Narrowing down the selections was a “wonderful challenge,” Meine said.

“My analogy for this all along has been like putting a mosaic together,” Meine said. “You have all these different pieces that are different sizes and shapes and colors. You piece them all together in a way that they create a larger portrait of the region.”

While Meine and Keeley never had a formalized list of what to include, they settled on three crucial points for selection.

All pieces had to be about the Driftless Area. They also had to fit well with the other pieces in the collection. And the writing had to be not just informative, but interesting.

Many of the writings and images will no doubt remind Driftless Area residents of their home. Keeley found pieces by several authors from where he hails in Wisconsin’s Kickapoo Valley.

“I suspect that’s going to be the experience of a lot of people with the book,” he said. “I hope that for people who know the Driftless well, maybe call it home, there will be something about it that they discover or see in an entirely new light.”

Readers unfamiliar with the Driftless Area will find an excellent introduction to its history and culture.

But that isn’t all Meine and Keeley said they hope they take away.

“The Driftless Reader” is available from University of Wisconsin Press for $26.95.