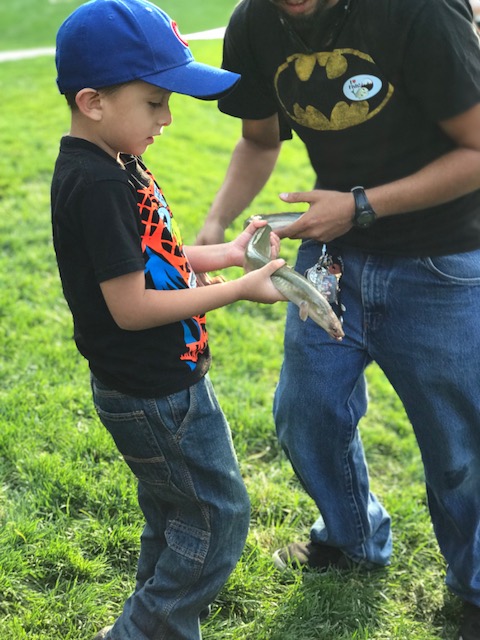 For the first time, an American eel has been caught in the Chicago River.

A 5-year-old angler, Richie Garcia of Brighton Park, Chicago, was the one who reeled in the rare fish.

Richie and his father, Ruben Garcia Jr., visited the Chicago Riverwalk with nearly 200 other anglers for the first #ChicagoFishes event on Oct. 13. It was an opportunity for the public to learn more about the Chicago River and enjoy its improved water quality.

But the catch of the day was the 2-foot-long American eel. 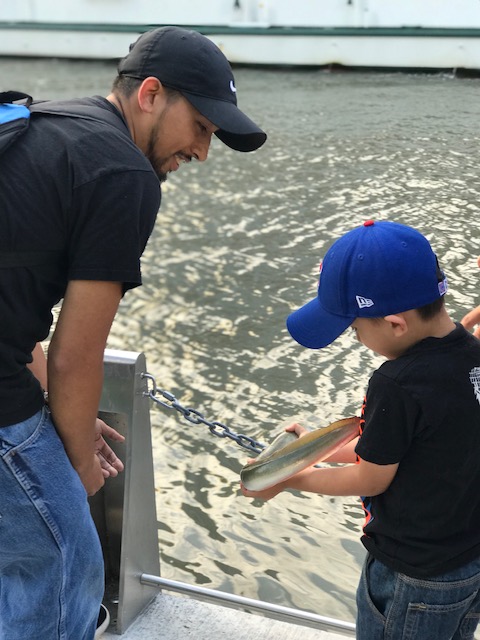 “No one, to our knowledge, has ever documented catching American eels in the Chicago River,” said Margaret Frisbie, executive director of Friends of the Chicago River. “Catching one is an actual measure that we know water quality is improving, becoming more hospitable to fish that should live here.”

American eels are rare across the Midwest. They’ve been found in rivers throughout the region, but never in high numbers.

According to Philip Willink, senior research biologist at Shedd Aquarium, this is partially because of their sensitivity to pollution and low oxygen. And the dams and locks set up along the Chicago River keep the eels out.

There is also a distance barrier.

“All American eels, this particular species, are born in the Sargasso Sea,” Willink said. “So this fish that this kid caught in the Chicago River swam at least 3,000 miles to get there.”

The Sargasso Sea is located off North America’s eastern coast in the North Atlantic Ocean.

The rare catch points to just how much the Chicago River’s water quality has improved, Willink said. A river that once held seven species in 1970 is home to over 70 species today. 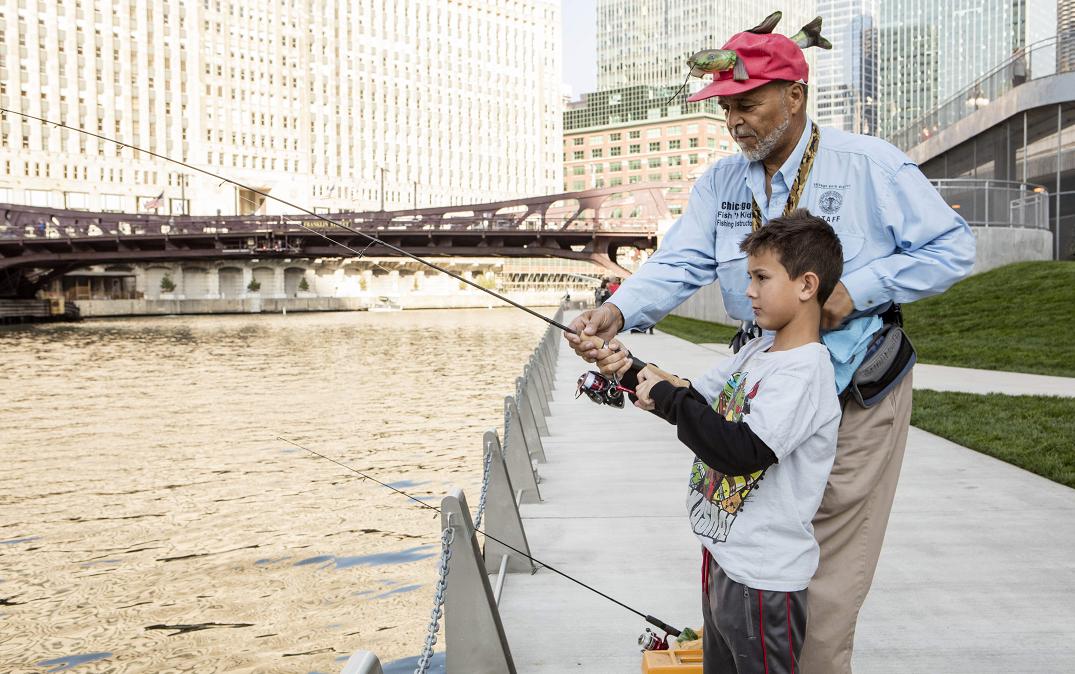 Richie’s American eel is an important symbol of progress, but Frisbie and Willink say there is more to be done.

“We still want to keep cleaning up the river, improving the habitat, and getting more and more fish back,” Willink said. “We’re on the right track. We’ll use this as an incentive to try to do more and keep doing more.”

#ChicagoFishes was put together by a host of groups, including Friends of the Chicago River, the Environmental Law & Policy Center, Shedd Aquarium, the Illinois Environmental Council, the Chicago Park District and the Metropolitan Planning Council.

These groups hope to hold the event again in 2018. Whether the American eel will make a repeat appearance is unknown.

“Maybe next year we’ll find another one,” said Dan Stephenson, fisheries chief of the Illinois Department of Natural Resources. “Or it might be 10 or 20 years before we find another. But at least we have a record now that it has been seen.”

Even the same one could return. Richie released it back into the river after a quick photo op.

One thought on “#ChicagoFishes reels in rare catch”