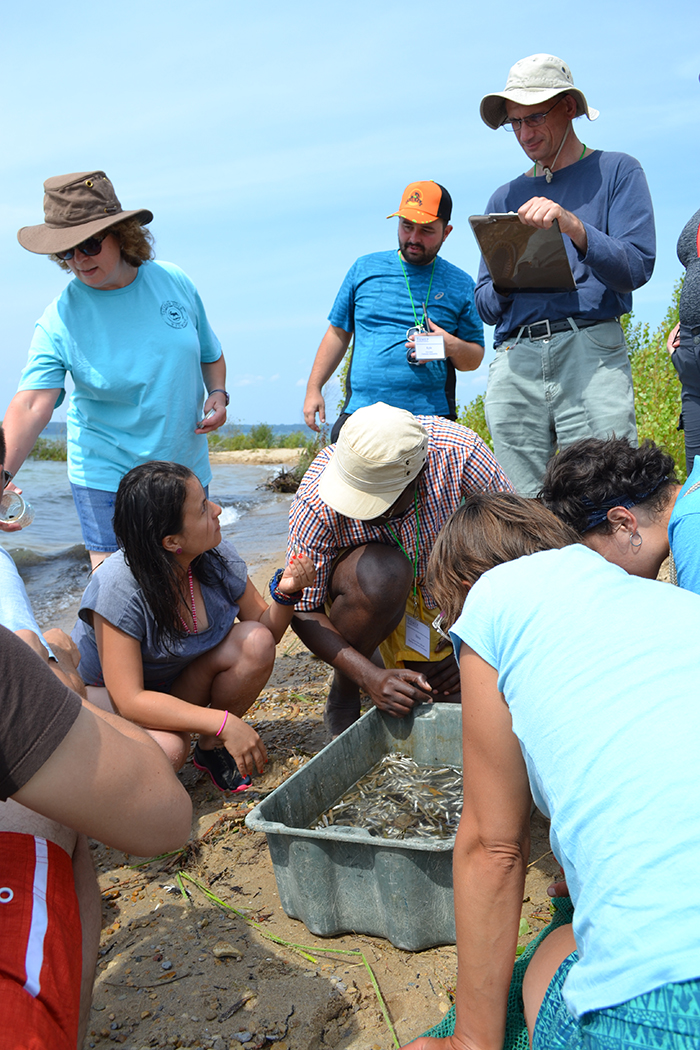 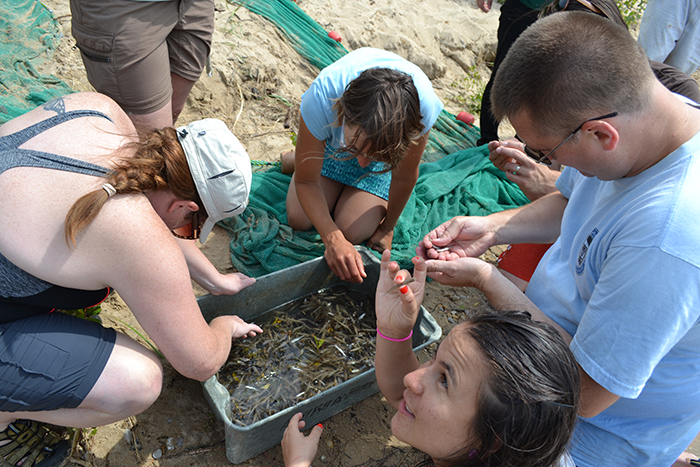 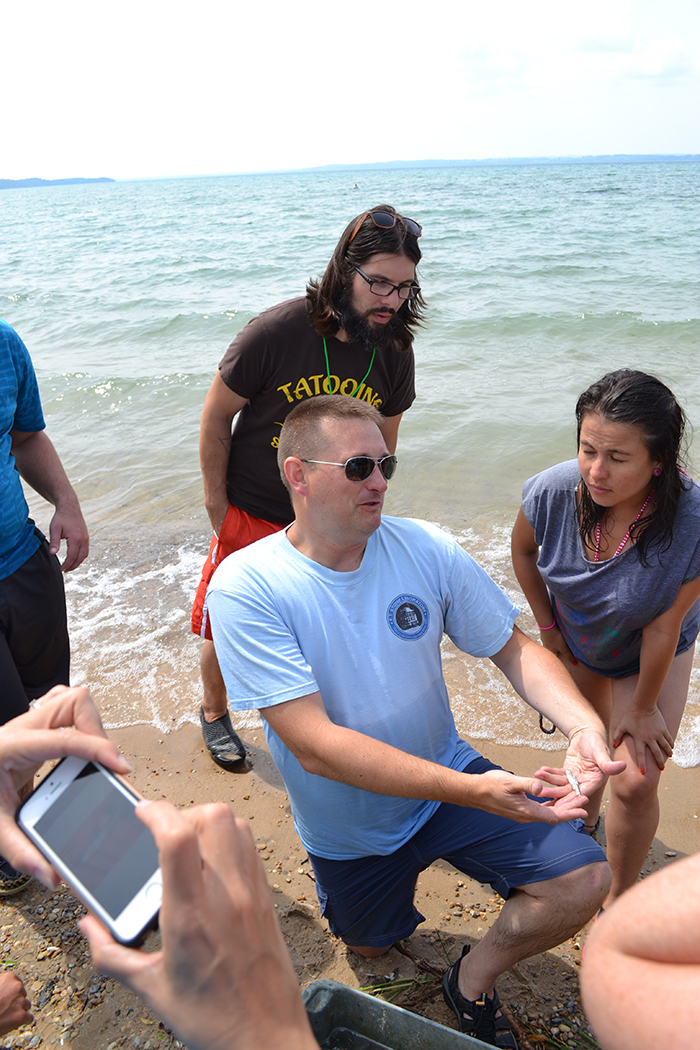 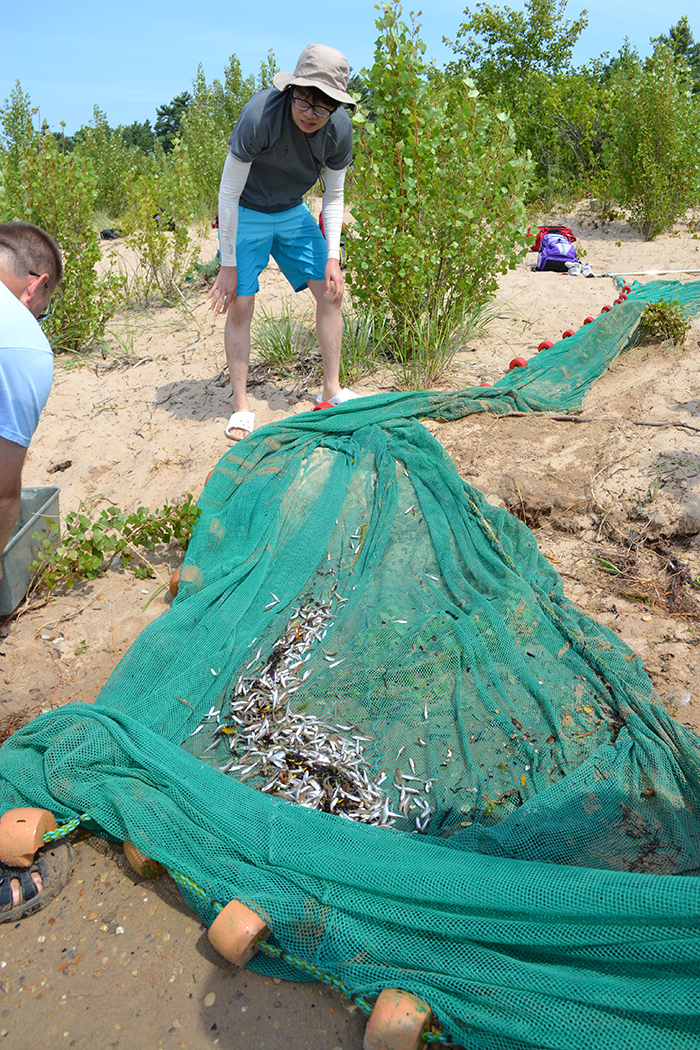 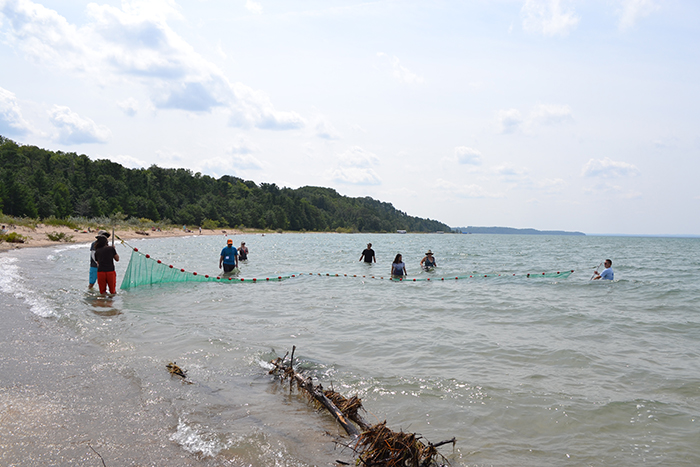 We’re well aware that invasive aquatic species threaten Great Lakes ecosystems and understand that scientists are alert for their presence. But scientists can do only so much and rely increasingly on engaged “citizen-scientists” who volunteer to gather data and submit observations to help the researchers.

Fisheries biologist Steve Hensler of the Cerulean Center recently demonstrated one way in which professional and citizen scientists search for invasive fish in Lake Michigan as part of a broad effort to protect biodiversity.

The site was Maple Bay Natural Area, a 450-acre Grand Traverse County Park. Hensler worked with a group of Michigan State University doctoral students and faculty from the Sustainable Michigan Endowed Project who were in the area on an environmental study tour. Among them was Professor Shari L. Dann of MSU’s Department of Community Sustainability, who took these photos.

Amidst lapping waves, low sand dunes, water-smoothed rocks and soaring gulls, participants helped Hensler to identify hundreds of tiny fish caught in a seine, looking not only for invasives that don’t belong anywhere in Lake Michigan but also for native fish that aren’t usually found in the East Arm of Grand Traverse Bay.