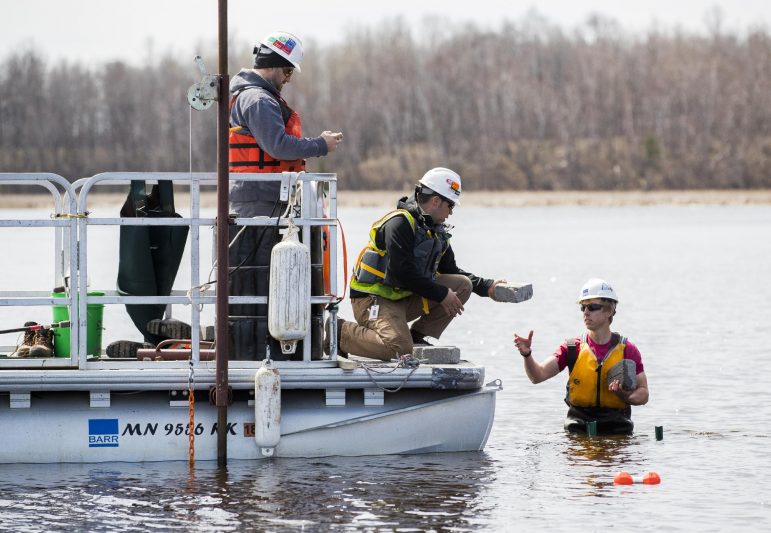 On Tuesday, environmental advocates will be watching closely as a Congressional spending committee considers a $300 million restoration program for the Great Lakes.

President Trump’s 2018 budget plan eliminated the money, which has gone to a wide range of projects — from cleaning up pollution to battling the Asian carp. Now, Congress has a chance to restore funding to the Great Lakes Restoration Initiative.

Tuesday morning, the full House Appropriations Committee is scheduled to take up the matter.

Read our series on the impact of Trump budget cuts.

A similar effort to restore the Chesapeake Bay took a hit.

The subcommittee recommended spending $60 million for the bay program — $13 million less than the current allocation. Supporters hope the Senate will boost that amount as the budget process continues, the Bay Journal reports.

Although environmental advocates have praised lawmakers for moving to fully fund the Great Lakes initiative, they note that the budget proposal makes significant cuts to the EPA.

Trump’s budget said that the Great Lakes restoration work should be left to states in the region. It shifted money to defense spending.