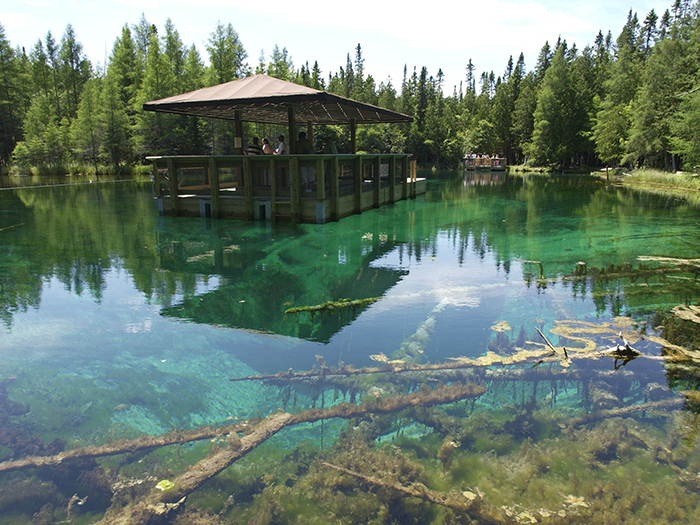 Manistique, near the southern shores of the Upper Peninsula, offers one of  Michigan’s most hidden treasures. 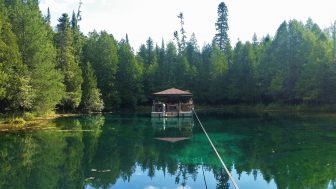 Beneath a bubbling pool of gemstone-colored, blue-green water, is the state’s largest spring.

Kitch-iti-kipi (Big Spring) in Palms Book State Park spans 200-feet across and 40-feet deep. Water bursts through the limestone bottom at a rate of 10,000 gallons a minute.

It’s a place that remains fairly unknown to visitors. But those who see it once, often return, said John Pepin, a deputy public relations officer with the Michigan Department of Natural Resources. 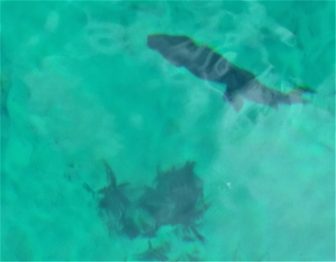 Large lake trout are easily viewed in the cool depths of the spring. Credit: Carin Tunney

Visitors cross the spring in a hand-propelled raft and peer through crystal clear water at the shadowy figures of lunker fish.

“The raft contains a viewing well, affording great views of the bubbling sands on the bottom of the spring and large lake and brown trout that haunt the depths,” Pepin said.

The spring inspired several Native American legends, according to the DNR. One is about a young chieftain who died while canoeing across the spring to win the affection of a Chippewa maiden.