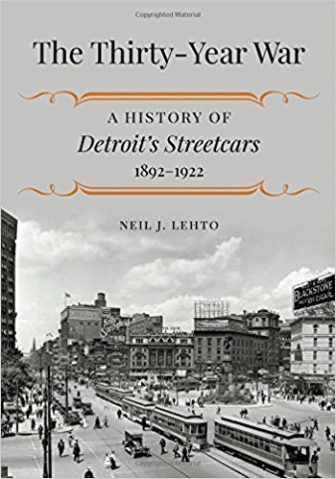 Detroit once housed the world’s largest municipally owned streetcar enterprise, an industry with a history stretching from the city’s early founding through the 1950s.

“The Thirty-Year War: The History of Detroit Streetcars, 1892-1922” by Neil J. Lehto provides an in-depth look at the origins and development of that century-defining public transportation system.

Lehto is an attorney representing Michigan townships and villages in cases involving public utilities, with a focus on telecommunications. Before he was a lawyer, Lehto cut his teeth working for a Royal Oak newspaper while attending Wayne State University, where he earned a bachelor’s degree in journalism.

The combination of municipal law and journalism fueled his desire to write the book.

“I had the occasion to write an article about the renewal of the Detroit Edison franchise in the city of Berkley,” said Lehto, who lives in that Southeast Michigan city. “And I became curious about public utility franchises and their regulation because it seems to be kind of peculiar.”

Thus began a several-year research project that grew into a full-fledged book published by  Michigan State University Press. Copies can be bought through MSU Press for $39.95.

At the heart of these conflicts is the practice of public franchising, where the government grants exclusive rights for a business to be the sole legal provider of a product or service. A classic example of a public franchise is cable television.

Companies like Comcast “rent” public property to run their transmission lines. In exchange, the city grants Comcast exclusive broadcasting rights. The franchise is usually awarded for five- to 15-years before a renewal.

The story of Detroit streetcars is a cycle of granted franchises, their renewal or cancellation, and changing transit needs. Lehto summarizes this tug-of-war as: “Three-cent fares versus municipal ownership.”

The “three-cent fare” bit refers to former Detroit Mayor Hazen Pingree’s attempt to push streetcar operators to offer three-cent fares to ride with universal transfers among cars. But few companies could remain profitable with such a rate. Worse yet, Detroit’s elegant but cumbersome wheel-and-spoke urban layout made transfers between streetcars logistically impossible.

There’s plenty of interpersonal drama to be found outside of courtrooms in “The Thirty-Year War.” Early in the book, Lehto recounts the antagonistic relationship between Pingree and a notable businessman-turned-politician.

Pingree built his career on challenging what he saw as corrupt monopolies that controlled Detroit public utilities. He attempted several times to create municipally-owned firms that could compete against them.

These attempts brought him into conflict with the likes of influential capitalist and former Michigan U.S. Sen. James H. McMillan, otherwise known as “Boss” McMillan. Despite their shared membership in the Republican Party, McMillan took umbrage with Pingree’s attempts at reform.  He and other Republican allies effectively destroyed Pingree’s career. 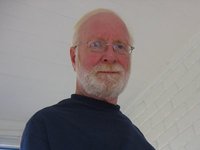 “The Thirty Year War” is a dense book. Yet Lehto recounts throwing away more than 100 pages of material even after realizing  that the story of Detroit streetcars extends more than 30 years beyond where the book ends.

“I had bigger ideas about this book. I wanted to end it, I wanted to write the whole history up to 1956, and it’s still something that someone should try to do.”

Despite the years of research and background Lehto amassed while covering those first 30 years, he felt that the social and technological developments between 1922 and 1956 dealt with issues outside his area of expertise.

“You have to deal with auto worker migration, with the Great Depression, Ku Klux Klan, systematic racial housing, segregation, the political influence of public utility unions, World War II, the building of the inner city highway system, white flight and much, much more,” Lehto said.

“I admire whoever that might someday take on that task.”