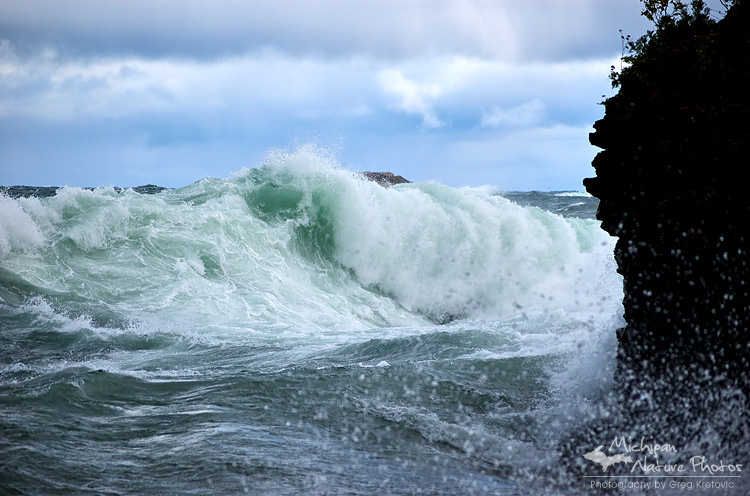 The Great Lakes have their own miniature version of tsunamis — more than 100 times per year. That’s according to new research led by the University of Wisconsin Madison. The name of these waves — and the danger that comes with them — are relatively unknown to those in the region.

Their name, meteotsunami, is a contraction — broken down, it means meteorological tsunami. They’re about a foot high. And they’re not caused by earthquakes like actual tsunamis, says Wisconsin Sea Grant Fellow Adam Bechle.

Bechle and his team looked at 20 years of data charting water levels in the Great Lakes. They found that meteotsunamis last from five minutes to an hour. That’s different from traditional waves in the Great Lakes — which only last for about 10 seconds, or seiches, which can last for hours.

That didn’t stop the historic misreporting of mini-tsunamis. “We looked in the historical news reports and they were called everything from seiche, to tidal wave, ‘big wave here,’” explains Bechle.

And they can be dangerous. In 2012, three swimmers were swept into Lake Erie near Cleveland. And in 1998 and 2014, meteotsunamis interrupted shipping operations. They’re also most likely to occur in late spring and early summer — the start of beach season.

Bechle says his team is now looking into a way to predict when these mini-tsunamis might occur in order to warn beachgoers. According to the study, Lake Michigan is most prone to these mini-tsunamis, followed by Lake Erie and Lake Huron.