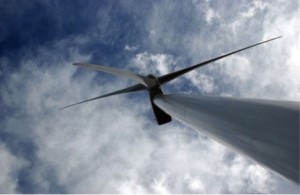 Some rural officials are concerned that a recent package of energy bills will encourage yet more wind turbines to be built in their communities, leaving residents to bear the physical burden they pose.

The main thrust of the two-bill package is to increase renewable energy to 15 percent by 2021, attempting to wean the state off harmful coal fire pollution. It is sponsored by Sen. Mike Nofs, R-Battle Creek.

“The 15 percent mandate would require double the wind turbines, but developers can’t get them built anywhere,” said Kevon Martis, director of the Interstate Informed Citizens Coalition, a Michigan-based group that raises awareness of the negative impacts of wind projects.

“The only people who aren’t being heard are the people living in the projects’ footprints,” he said

Despite the increase, Michigan lags other states that have set much higher mandates. California and New York have goals of 50 percent renewables by 2030. Ohio is set to reach 25 percent by 2024.

Compared to other Great Lakes states, Michigan is in the middle of the pack, with Indiana having a 10 percent goal by 2025 and Illinois and Minnesota to reach 25 percent by 2025.

The package of bills already through the Senate creates an intermediate goal of 12.5 percent renewable energy by 2019 and requires that energy be produced in the state.

The state has a 25 percent higher rate of people living with asthma than the nation and the sixth highest percentage of residents living with cardiovascular disease, according to federal data.

A recent change to the bill that the Senate just passed increases the health benefits by requiring that the renewable energy be produced in the state instead of bought from other states, said Mara Herman, health outreach coordinator for the Ecology Center, an Ann Arbor-based group that advocates for environmental protection.

Local communities consistently rely on zoning ordinances to stop wind developers from building them, he said. But this bill could encourage the state to take control of local wind development land use laws.

The real cure for pollution is natural gas, he said.

Natural gas relies on the unsafe practice of fracking which can cause contamination of the state’s groundwater, said Mike Berkowitz, legislative director for the Michigan Sierra Club.

“Wind is really our most impactful renewable energy,” he said. “We can drastically increase jobs and money for the state if we invest in wind.”

Solar power is also important, he said, but it doesn’t produce as much energy as wind. In 2015, $12 million was invested on solar installations across the state.

Still, communities have long been battling wind developers over noise pollution, low frequency vibrations that can tremble nearby homes and the death of birds, which accounts for nearly 600,000 birds dying a year nationally and 2,000 in the state, according to the Michigan Sierra Club.

About 887 wind turbines are working across the state, according to the American Wind Energy Association. For the 12-month period ending July 2016, wind energy provided 4.11 percent of all in-state electricity production.

Garden Township in the Upper Peninsula has filed two lawsuits against the Traverse City-based Heritage Sustainable Energy over their wind project. Township officials said it  caused disruptive noise and decreased property values since the project became operational in 2015.

In Huron County, where more than 300 wind turbines are located, officials are considering a five-year moratorium on wind development, while smaller townships within the county have passed their own zoning restrictions to stop wind turbine construction.

In August of 2015, Lake Township adopted its own ordinance, setting new height requirements and zoning rules for turbines that were more restrictive than the county’s. Meade Township voted against the construction of 45 new turbines from DTE Energy earlier this year.

“We have currently the most wind turbines of any county in the state,” said Ron Wruble, a county commissioner in Huron County. “We’re getting to a saturation point when the number of them in totality is going to affect residents in the whole county.”

The increasing number of wind projects could deter new residents from moving to the county and encourage people to move away, Wruble said. The sound, vibrations, potential negative impact on property values and problems wind farms pose to local zoning laws make Wruble wary of their implementation, he said.

And in 2013, 17 residents in Scottville and Ludington in Mason County settled a lawsuit out of court with Consumers Energy Co. over a wind farm project they claimed was causing sleeplessness, headaches, dizziness and other physical symptoms.

“Turbines can transform entire townships into 50-story-tall power plants,” Wruble said. “And that’s not what people expect when living in a small community.”

The bill is now before the House.

Editors note: This story was updated 12/7/16 to correctly report that bird death totals were for nation.

One thought on “Local officials wary of new energy plan”