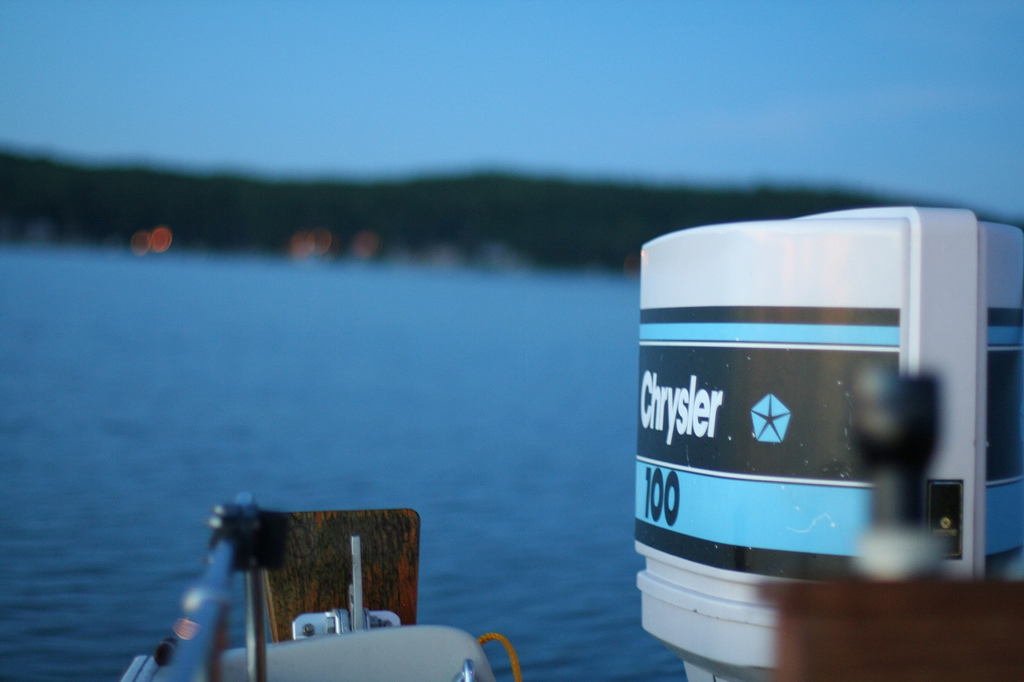 That spurred sales in an industry known for owners who hold onto their boats for decades, Polan said. It was “the seventh consecutive year of expansion for the state’s marine economy.”

And it’s not just sales that are up. “Looper” traffic at his marina is up 200 percent compared to previous years, according to Mike Thoma, the harbor master of the Grand Haven Municipal Marina. A looper is a boater who embarks on the “Great Loop,” a 6,000 to 7,500 mile inland water trek that can take a year to complete.

“The last week of August through the third week of September marks the usual timeframe for looper season in Western Michigan,” Thoma said.

From there, boaters sail down the Mississippi River and winter across the warmer Gulf Intracoastal Waterways.

This year’s increased traffic has led to a rise in slip rentals nationally, but particularly across state harbors.

In northern Michigan, most marinas are considered “deep water,” so the increased water levels had little impact, said Martin Leemaster, the harbormaster of Bay Harbor Lake Marina in Bay Harbor. But shallow marinas along the state’s southwest coast were open and active because of rising waters, he said.

Ludington’s Harbor View Marina Dockmaster Randy Hansen, said, “Ludington does not fall under the shallow channel category,” but many do in Pentwater, Lelan, and Grand Haven.

The Grand River was up “one to two feet this year— a great lift for our marina,” Thoma said.

While the looper traffic is credited to a recovering national economy, the Great Lakes’ elevated water levels meant more shallow water marinas could host those vessels.

As slip rentals climb, the Metro Boat Show slated for Sept. 15-18 at Lake St. Clair Metropark has nearly doubled, according to the Michigan Boating Industries Association. It has 26 more slips and 10 percent more space sales.

Home to the third-largest marine market in the country, Michigan businesses in 2015 generated over $843 million from sales in the industry. The Secretary of State is still collecting hard numbers for summer 2016, but there are “strong projections for growth,” said Nicole Colberg, a resource manager with the Department of Natural Resources.

Michigan boating represents $7.2 billion dollar in recreation, trade and services, Polan said. And it is special to Michiganders because of its tradition.

“More time on the water means more quality time with family and friends, face to face, away from technology, making lifelong memories,” she said.

Those are among the reasons that the Boating Industries Association opposes starting school before Labor Day, which shortens an already short season for boaters, Polan said.