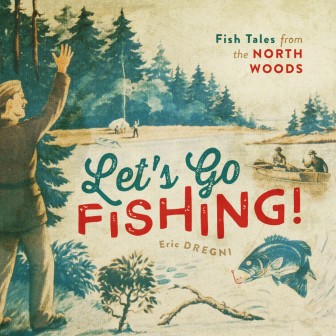 Eric Dregni dug through small town museums to produce a cultural history of fishing in the Great Lakes region.

He listened to anglers tell the same big fish story over and over until after three years he had collected enough odd end stories that make up “Let’s Go Fishing.”

The book tells kooky stories of leech farmers, herring shovels and annual fish festivals from all over the Great Lakes, including Minnesota, Wisconsin, Michigan, and Canada.

Dregni reports that in a 2001 study, “snooping scientists” watched as females quivered and opened their mouths, mimicking the big O, to trick less attractive but attentive males into ejaculating prematurely. The females would then swim off and find a hunkier fish with which to mate.

Apparently the lure of the lake is enough to make any women leave her man.

Dregni’s compilation of stories reflects the commitment many avid anglers make to the hobby.

“People wake up at 5 a.m. and jump on a boat,” Dregni said. “Who does that on vacation? This is a very unique cultural phenomena in the north.” 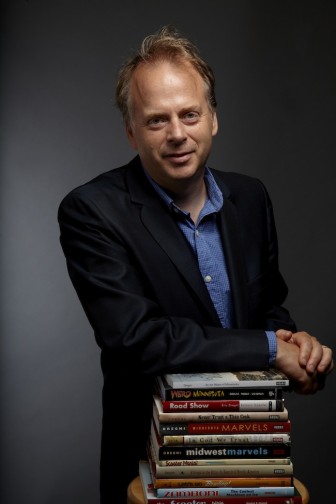 Dregni is a professor of English at Concordia University, St. Paul, Minnesota. He grew up in Minnetonka, fishing with his grandparents in the summer.

Calling on some “real characters,” Dregni got tips on local folklore, but also received some advice on how to pull yourself out of the icy waters resting between the U.S. and Canada.

“You just have to leave your wet glove on the ice, until it freezes so you can haul yourself out,” one committed ice-angler told Dregni.

“It’s crazy,” said Dregni who describes himself as a hack fisherman who
couldn’t write a book on how to fish: “[It] would be a joke.” But he wanted to remind readers of the importance of the history and culture of fishing to the area.

“It’s so ingrained,” he said. “The kids just want to go out on the dock and haul in some sunnies!”

Dregni says he hopes his book will remind readers that protecting fish and their environment is the only way to maintain a healthy fishing culture.

“This is a really big thing up in the north. It’s something we don’t want to take for granted or lose,” Dregni said.

“Let’s Go Fishing” is published by the University of Minnesota Press and is due out next Monday, May 1. The book costs $39.95 and will be available on Amazon.com.