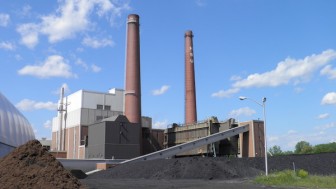 Some environmental advocates are frustrated with what they say is a broken promise by the state’s governor to address carbon emissions from Michigan’s coal plants.

The EPA proposed regulations were recently put on hold by the U.S. Supreme Court, said Judy Palnau, a communications officer for the Michigan Agency for Energy. As a result, the state has delayed plans for implementing them.

“The court stay does introduce a substantial amount of legal uncertainty, so it was deemed wise to hold back,” she said.

The state’s delay has upset some environmental advocates.

“The Supreme Court may put a hold on the new regulations but you can’t put a hold on climate change or the public will,” Thomas said.

But other groups don’t fault the state for not investing heavily to reduce carbon emissions when the new regulations are yet to be set in stone.

“Carbon is different, that is why the Supreme Court is looking carefully at how the EPA regulates it,” said James Clift, policy director for the Michigan Environmental Council, a statewide coalition of environmental groups. “You don’t want to spend a bunch of money on new regulations only to have them undone.”

“No one thinks the EPA is not going to regulate carbon – the court has said previously the EPA can do this,” Clift said. “The state should at least continue education and continue talking about reducing carbon emissions.”

This delay is unacceptable, especially in the wake of Flint’s water safety crisis stemming from state inaction, Thomas said.

“There are people being affected by emissions and air quality issues right now, causing different forms of cancer and other health problems in Southwest Detroit,” Thomas said. “You would think what happened in Flint would make people want to make Michigan cleaner.”

Clift said there has been a steady reduction in Michigan’s reliance on coal since the state adopted its first clean energy legislation in 2008..

“We used coal to generate 66 percent of our energy then. Today we use 50 percent, and if we used 35 percent in the future, we could probably comply with any federal legislation,” Clift said.

Palnau said the state is already poised to comply with the EPA-proposed plan for the next 10 years..

Reducing carbon emissions is a substantial area of focus for Snyder, according to Palnau.

“He wants to put together an energy plan that is adaptable, reliable, affordable and environmentally protective,” Palnau said.

The state will reveal how it will comply with the proposed EPA plan online in March, she said.

“The bottom line is there is a lot of transformation in how we obtain energy and we will be watching what becomes of the next federal regulations very closely,” Wheeler said.