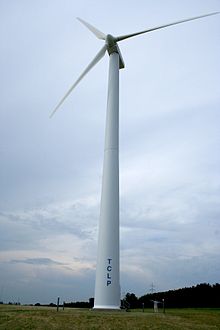 Thousands of Michigan jobs in the clean energy industry could be created in coming years, according to a recent report.

And Michigan leads 12 Midwestern states in clean energy transportation jobs, is second in renewable energy jobs and third in overall highest number of clean energy jobs, according to the study.

“These findings are a good indication that, contrary to the sky-is-falling rhetoric we often hear from the fossil fuel industry, the transition from dirty fuels to clean sources of energy is an opportunity for economic growth,” said Andy McGlashen, communications director for the Michigan Environmental Council, a statewide coalition of environmental groups.

It is critical that state lawmakers put policies in place to continue that growth, he said.

Energy policies Michigan adopted in 2008 have brought close to $3 billion in new investment, he said. But the Legislature needs to make a clear commitment to clean energy for the investment to grow.

The economic impact is important not just because of the wages, he said. Solar and wind power are free once they are installed, providing stable prices.

The clean energy economy is growing in every Midwestern state, according to the report. It advises that states improve their requirements for renewable energy and efficiency to create jobs.

“More and more analyses are showing that we can have a cleaner energy future using energy efficiency and renewable energy and that this will also save us money,” said John Sarver, executive director for the nonprofit Great Lakes Renewable Energy Association. “The big question is how soon can we make the transition from fossil fuels to clean energy. The sooner the better.”

“Our educational and advocacy efforts will lead to the creation of more clean energy jobs particularly those related to solar and other renewable energy sources,” Sarver said.

According to the analysis, the region’s clean energy employers project a growth rate of approximately 4.4 percent over the next year, creating 25,000 jobs.

“Certainly there is opportunity in the clean energy sector, but I don’t think we should think of it as the be-all and end-all for the economic future. It’s one piece of many,” said economist Charles Ballard, of the Institute for Public Policy and Social Research at Michigan State University.

Ballard said much depends on the policy path that is followed by the federal government. The political fight over whether the state should adopt an aggressive set of policies on energy and the environment has been going on for decades, he said, and will continue for decades to come.

“There are limits on how much Michigan or any other state can do in this regard, because of the fear that a stricter environmental policy in one state will cause businesses to move to other states,” Ballard said. “That’s not to say that we in Michigan are powerless, but it does say that much will depend on how far the federal government will go. The stronger the environmental policies, the greater will be the number of jobs in the clean energy sector.”

The analysis is at http://www.cleanjobsmidwest.com/.