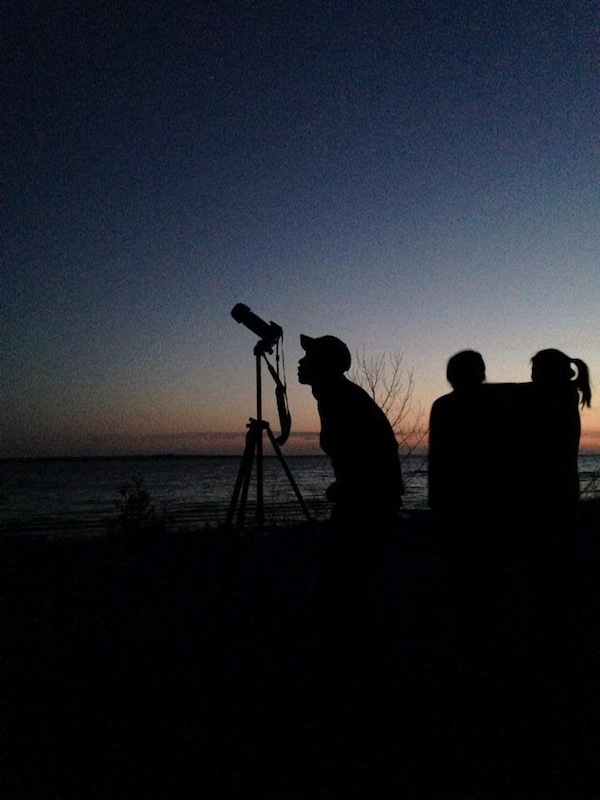 Michigan’s recent dark sky preserve designations are expected to pull visitors from all over the world, advocates say.

“It’s such a neat experience to witness celestial happenings all around you,” Pettalia said.

Pettalia is the vice-chair of the advisory board for Negwegon, Rockport and Thompson’s Harbor state parks.

It also includes Wilderness State Park and nearby state forestland in Emmet County and Port Crescent State Park in Huron County, as well as Lenawee County’s Lake Hudson that was designated a dark sky preserve in 1993 by the Michigan Department of Natural Resources.

The designation promotes stargazing and night photography in the parks.

Pettalia said the designations give an edge to Michigan’s tourism.

“People travel all over the world, like birders, to see these dark sky parks,” he said. “This is just a whole new way to promote tourism in Michigan.”

The Headlands in Emmet County, west of Mackinaw City, is Michigan’s only international dark sky park. State-designated parks must regulate outdoor lighting, but don’t have the same requirements as the Headlands, said Mary Stewart Adams, the program coordinator for the county-run Headlands.

“As an economic development factor, the Headlands designation has had a really positive impact,” said Adams.

Since the designation, “hotels and restaurants have noted an uptick in guests that are drawn to the area specifically to visit the site and participate in programs. Thousands of visitors that chose this area specifically because of our designation through the International Dark-Sky Association have made their way here from around the region, the country and the globe. It’s really quite exciting,” said Adams.

Protecting the night sky allows the Headlands and other dark sky parks to maintain the natural habitats within their boundaries, Adams said.

“The northwest tip of Michigan is an important staging area for migrating birds, especially raptors, and protecting the natural darkness means protecting their habitat,” Adams said.

Most of the parks included in the new law are pretty far off the beaten path, making them great for stargazing, but also for conservation, Adams said.  For example, Negwegon State Park boasts four backwoods camping sites accessible only by foot.

“Even getting to the parking lot can be an adventure,” said Mara Koenig, a public affairs specialist for the Midwest region of the U.S. Fish and Wildlife Service.

“Huron has a lot of dune and swale habitat,” Koenig said. “Dune and swale is primary habitat for whitefish, especially for spawning and nurseries. There are also quite a few endangered or close-to-it species in the area, such as the Hine’s emerald dragonfly.”

A $900,000 Fish and Wildlife Service grant will be put towards a land purchase that will connect the two halves of Negwegon State Park. The two sites have been separate since the formation of the park 54 years ago.

The state park had been eyeing the land parcel for quite some time, and the opportunity finally came to make the purchase when the family who owned the parcel felt it was time to sell.

Koenig said the National Coastal Wetlands Conservation Grant Program allocated the funds. The program “came about through wanting to preserve coastal areas in the Great Lakes.”

Ostrander said, “If we link the parcels, it will be better for our ongoing stewardship programs, searching for invasive species and managing endangered species. You don’t have a lot of protected publically owned water fringe habitat.”

Along with the grant, Adams said that Negwegon’s dark sky designation may result in community-building and support from partners, as it has for the Headlands.

“The list of partners that our international dark sky park designation has resulted in includes the Michigan DNR and state parks system, as well as the National Park Service’s Natural Sounds and Night Skies Division,” Adams said. “All of this brings increased attention to the natural beauty of our environment, which has a great, positive consequence for all of us.”