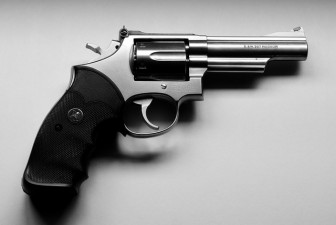 Some Michigan retailers see a substantial spike in sales of guns and ammo resulting from recent executive orders handed down by the Obama Administration.

The orders primarily affect online gun sellers and people conducting sales at gun shows, further regulating these sales and attempting to limit firearms sold without a background check of the purchaser, according to a White House press release.

“We have seen an uptick in gun sales, we are running into shortages at the distributor level for product,” said Brian Harrison, manager of Leitz Sports Center in Sault Ste. Marie. “Typically we wouldn’t be as busy this time of year as we are. It seems like anytime Washington starts talking about gun control, sales go up.”

The sales increase may be a positive for gun sellers, but is not without its drawbacks.

It’s frustrating not to have any inventory,” said Gary Foster, owner of Gary’s Guns in Muskegon. “It’s a great thing as a business owner to sell everything you have but then you have nothing to sell for three weeks. So did you really win?

“It’s like being a butcher with no cows to butcher, a car salesman with no cars on the lot,” Foster said.

Some gun sellers noticing a sales jump attribute the increase more to fear of mass shootings rather than a reaction to new firearms sales regulations.

“December was a 50 percent increase and January is starting to flatten out again, said Peter Rayl, owner of AP Gunworks in Almont. “We saw a spike after the California shooting.”

But Rayl acknowledged the influence of the new executive orders.

“Anytime anything is threatened, whether it’s magazines or anything, people run out and buy,” he said.

Others are disturbed by the sales increase.

“We do not want criminals or dangerously mentally ill people purchasing firearms,” she said. “Complete backgrounds checks would go a long way to preventing this.”

Some gun retailers say that most of the new regulations are unnecessary and potentially ineffective.

“There are people at gun shows who regularly attend and put up guns for sale as private individuals, but the law states that if they are doing that on a regular basis (the Bureau of Alcohol Tobacco and Firearms) must regulate that,” Harrison said.

“You’d have to have ATF agents at every gun show, walking the aisles talking to everyone,” said Brian Bolinsky, owner of Fieldsports Limited in Traverse City. “I sincerely ask how is this enforceable? I’m going to a gun show in Tuscaloosa that will be spread out over 11 acres.”

Brundage argued that despite the difficulty of enforcing background checks on private sales, such as those commonly conducted at gun shows, background checks are vital to public safety. “All gun sales should be checked,” she said.

Gun retailers further disagreed with new regulations on gun sales over the Internet.

“Guns are advertised online but to ship to another federally licensed firearms dealer, forms are filled out and the dealer who the gun is shipped to submits a background check to the FBI,” Bolinsky said. “You can’t work off your kitchen table, everything must be done at a brick-and-mortar store.”

However Brundage claimed there are exceptions when purchases are made from Craigslist and similar venues. “I believe you can buy guns online without a background check on sites such as Arms List,” she said. “I wish that wasn’t true – it would save lives/”

“For those of us that are regular brick-and-mortar gun sellers the executive orders don’t really change much,” Harrison said. “People come in and ask us if they sell one or two guns a year will the new policies change that process?
“It depends on how the Bureau of Alcohol Tobacco and Firearms enforces them.”

One thought on “Michigan gun sales booming as regulations increase”