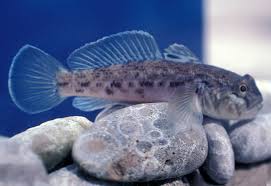 2 thoughts on “Round goby a good-news, bad-news Great Lakes invader”